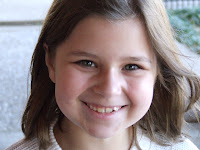 After making her first confession! 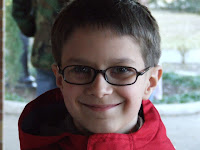 After serving his first Mass! 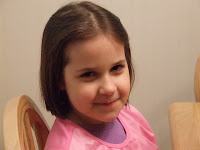 After being told that her courage in the face of adversity helped make it all possible!

Shortcake took a hard fall earlier this morning. She really did a number of both knees. I was very concerned that we might have to take her somewhere to have them checked out. After about an hour of rest, ice off and on, and her favorite bibliophile pup, she was still in some pain, but chose to push through it. We were able to make our 2 hour trek to our beloved pastor for Sunshine's First Confession.

(I should explain that when he first became our pastor we only had to drive 20 minutes to get to Mass; however, a move on our part and a move on the bishop's part have stretched the distance considerably. He is just so wonderful that we can't give him up!)

Since we were there extra early for Mass, Father sent his acolyte to grab The Professor and train him to serve Mass, which he then did...for his very first time. I was so proud of all of them! Even BigBoy was a trooper and behaved himself quite well!

We are exhausted and are heading for an early bedtime so that we can enjoy our company for the Big Game tomorrow. It's really more about the company than the game. Go Colts!