...and anyone else who needs a warm hug.

From A Bird by Emily Dickinson
A bird came down the walk:
He did not know I saw;
He bit an angleworm in halves
And ate the fellow, raw.

And then he drank a dew
From a convenient grass,
And then hopped sidewise to the wall
To let a beetle pass. 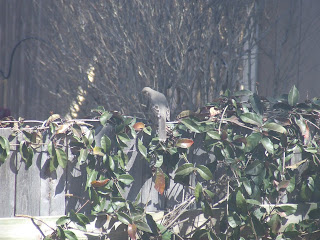 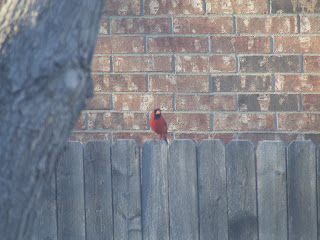 Apparently our fence is a great place to hang out.

The American Robin is a familiar sight pulling up worms on suburban lawns. Although it's at home breeding in deep, mature forests, the robin is the most widespread thrush in North American thanks to a tolerance for human-modified habitats. From the Cornell Lab of Ornithology 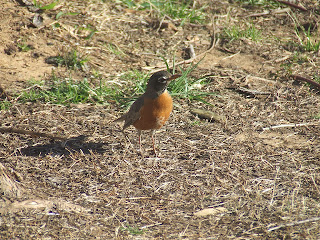 Funny story with this one. She (?) was by the window in the school room. Once we identified her as a robin we started listening to a Robin's call and this gal acted like she could hear us. She started hopping around and looking. Then she hopped closer to the window! The kids are asking me if she was responding to the call. I didn't think so, but then ..... 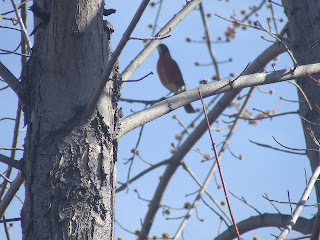 ...two other ones landed on the fence next to and in the tree above the first one. 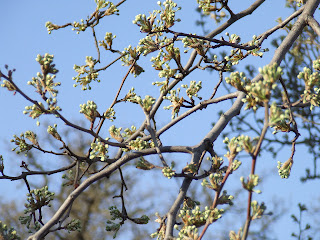 The kids call these "the stinky trees".
The buds have bloomed and we are holding our noses. 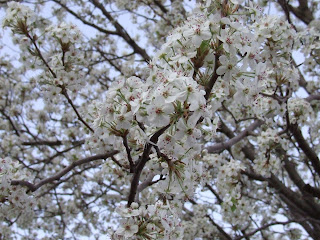 But this is by far the cutest specimen we have seen in our backyard. He (obviously male, look at the handsome molting pattern courtesy of the nice lady with the clippers who gave him 2 lollipops to make up for all the torture she inflicted) is called a BigBoy and he is a familiar sight running around on our suburban lawn. Although he is at home blowing bubbles in dry, un-landscaped backyards, the BigBoy can be the most impatient creature in North America with zero tolerance for sibling-modified habitats. 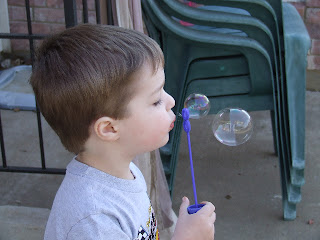