Future members of the CIA?

The Culinary Institute of America that is. Sunshine and Shortcake participated in their "cooking class". This one was all about cake decorating. I was more impressed with this class than The Professor's. While his class seemed as though it had been thrown together at the last minute, this one was very well prepared and planned out. Each child was given a cake and a decorating set including tips, pastry bag and coupler. They started the class with a little breakfast snack of cinnamon rolls, fresh fruit, yogurt and chocolate milk. Most of the kid's cooking classes include a sampling of what the kids make to take home for a snack. Since this class was all about cake decorating, they decided to snack first before getting down to business. 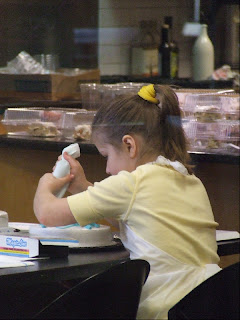 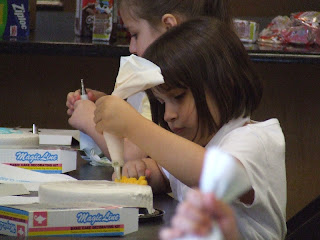 According to the girls, they learned about the different tips and what kind of designs they made. They also received an impromptu demonstration in how not to carry a cake. 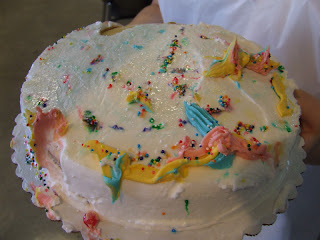 Sunshine's cake flipped over when the class helper was placing it in the take home bag. The chefs were so nice they let her have a second one. I think they also let her finish off all of the bags of frosting judging by the look of it! 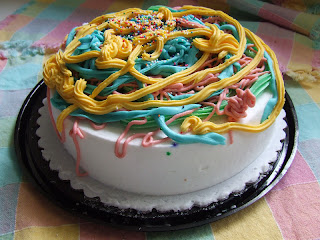 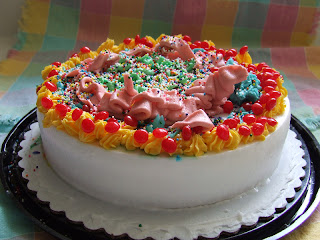 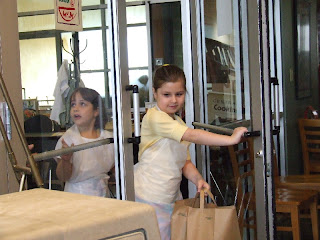 Here are the girls coming to share their creations with the hungry boys waiting outside. 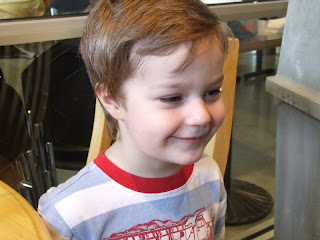