We visited my mother last weekend and if there was one thing that my children enjoyed more than anything else, (chocolate chip cookies and pizza parties aside) it was Grammie's garden! Boy, I wish I had inherited her green thumb! Now, I know she would say it isn't nearly as pretty as it was when the poppies were in bloom, but the children still thought it was pretty fantastic. The birds at the feeder, orange and purple blossoms to tiptoe around, a vine covered archway, the Blessed Virgin in the middle... it was like their own little secret garden! 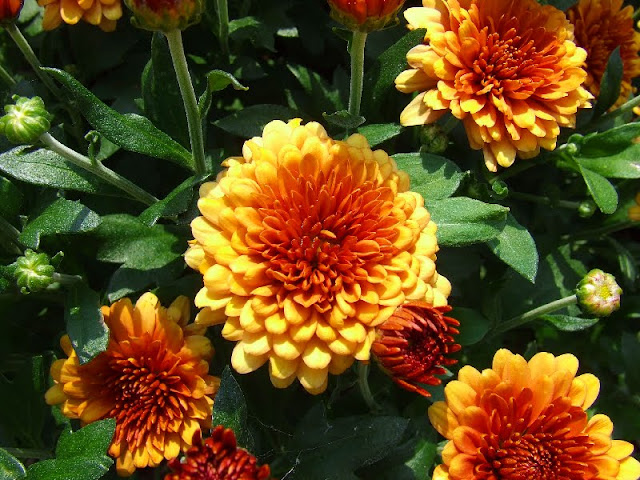 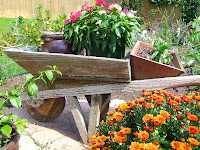 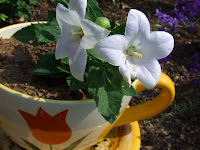 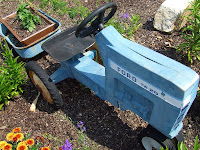 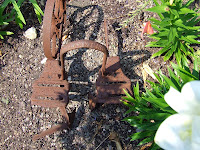 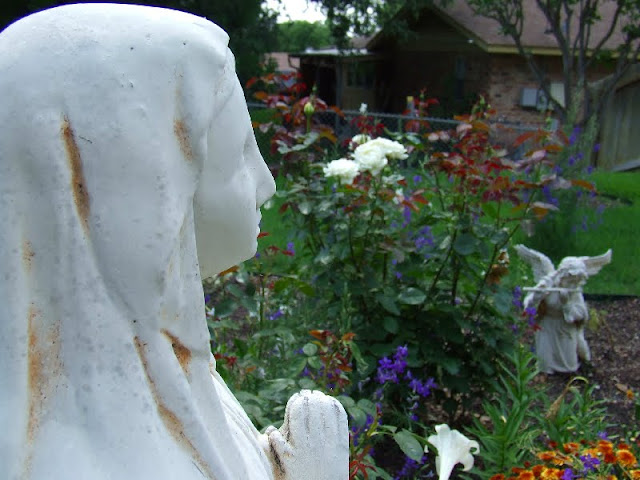 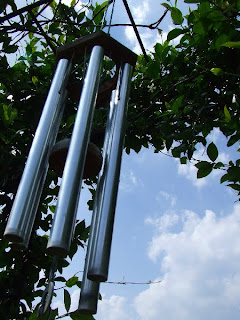 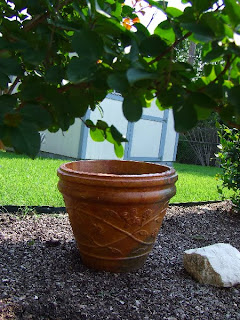 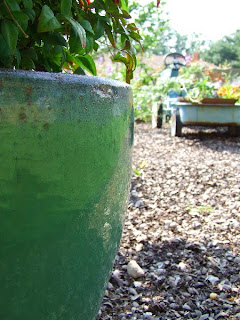 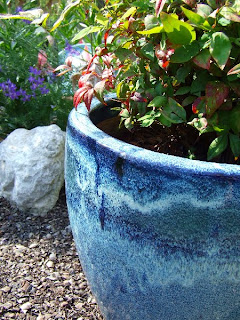 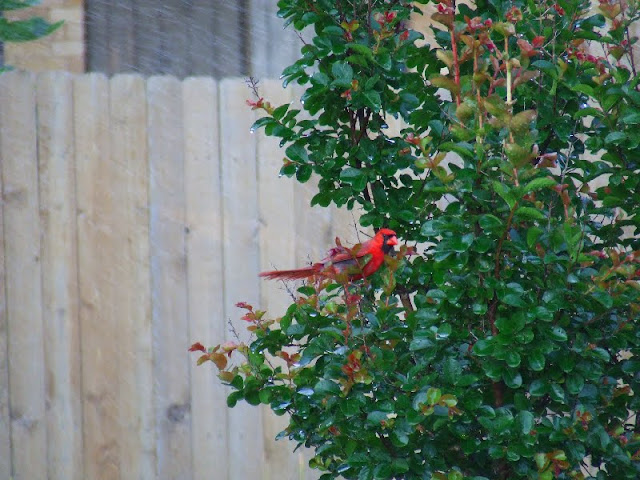 And now I must get back to dealing with this summer cold that is plaguing our family. Aren't summer colds the worst? Who wants lots of soup and hot tea when it's 112 degrees outside? OK, maybe it's not 112 but it sure feels like it! Summer has hit with it's full force which means we are in for the long haul. Goodbye, spring! We'll miss you!