So my teens and tween have decided they are a little too old for dressing up for our family All Saints Party but they thought making some T-shirts sounded fun. We worked on those this weekend while Sunshine and BigBoy recovered from their bouts of walking pneumonia. Yes, apparently Shortcake's pneumonia wasn't the only one, just the most significant bout. Anyway, la la la, I'm not talking about sickness because it's been over a month since some of us first got sick la la la and I'm going a little insane la la la.

So....T-shirts! Yes, we painted T-shirts! The big kids chose their saints and came up with a design idea. I helped them implement it and then they painted... the ones that weren't coughing and hacking, that is. 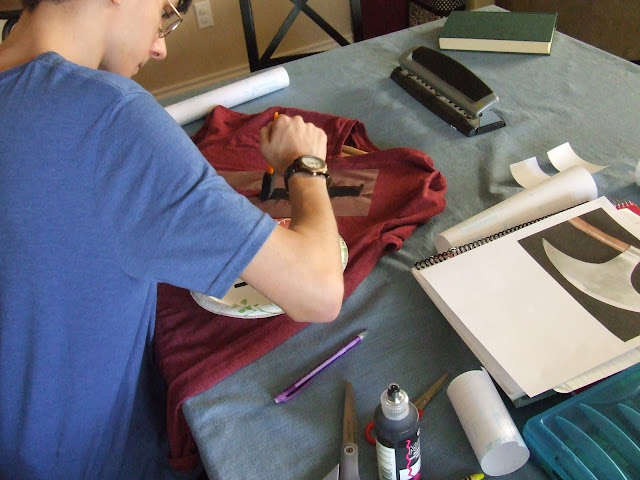 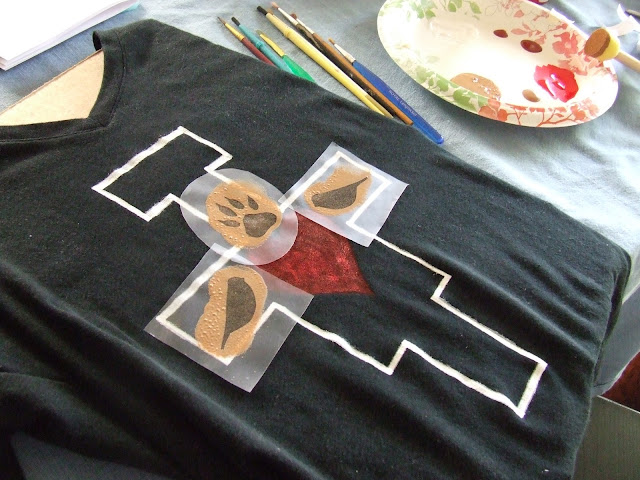 Here are the finished products already ready for the the eve of All Hallows. Can you guess who the saints are?

The Professor... who is studying Latin this year (hint, hint). 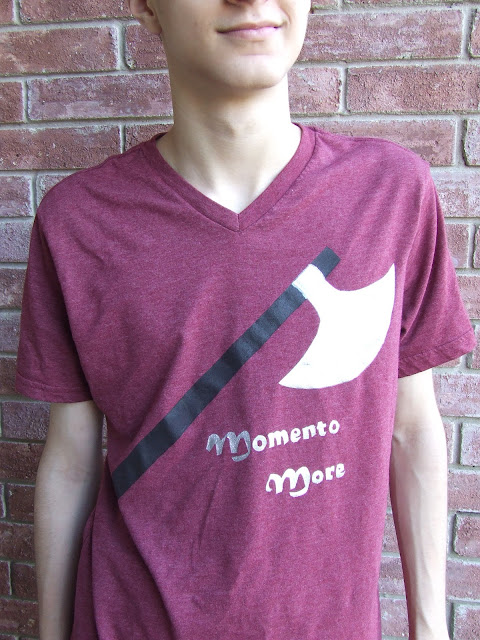 It's hard to see, but the ax and the words are in silver metallic paint which looks really cool in person.

Sunshine's shirt...
with a purple rose and a pink ball of yarn. 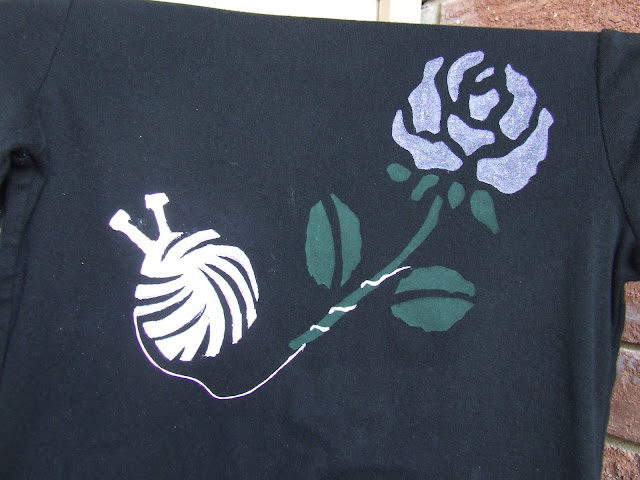 The paint we used for the yarn ball is a puffy iridescent paint and it just wouldn't photograph well. It looks much better in person. Email ThisBlogThis!Share to TwitterShare to FacebookShare to Pinterest
Labels: All Saints