Hey... it was his own fault... he came to Texas! (Consider this fair warning for any other favorite author/artists who visit the metroplex! Ahem... Melissa Wiley, cough, cough.) We had hoped to treat him to a nice dinner, but the crazy weather killed those plans. So instead, the kids and I stalked him outside of the rental car return center at the airport and then forced him to draw for us and do backflips in the lobby. Then, and only then, did we agree to deliver him to his correct terminal and gate so he could escape home to his waiting little women. If he doesn't come back to Texas, it's probably our fault. He didn't seem like the restraining order type. Maybe we can entice him with salsa. Or barbecue. Or a Bluebonnet Award!
{pretty} 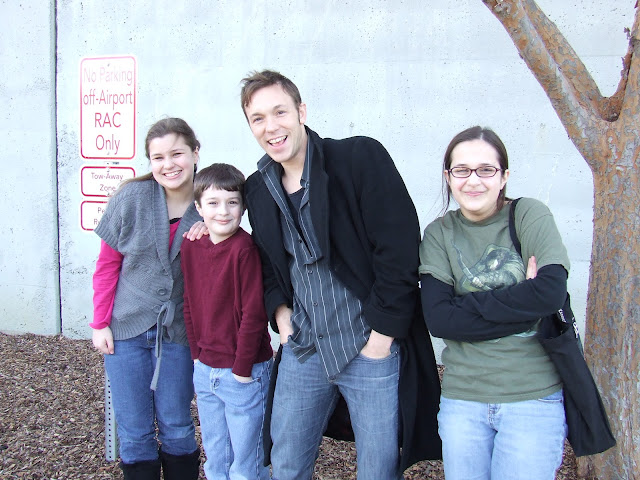 Pretty freakin' cold! And so windy. The Professor stayed in the van with Cupcake so I could get this quick shot.
{happy} 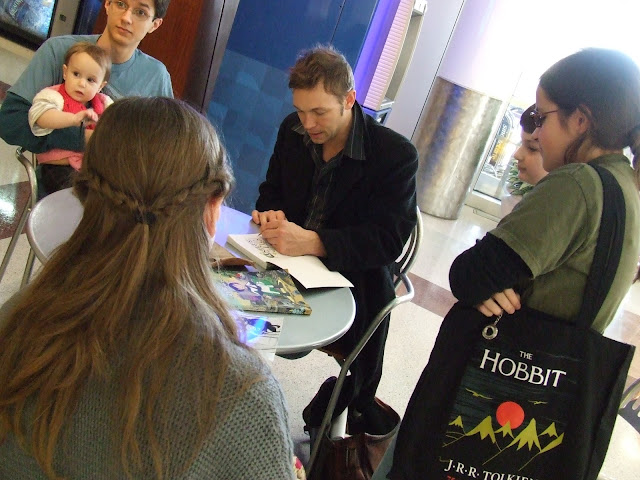 Happy to get to spend a little bit of time with Mr. Ben, watching him draw in the books we brought and talking about other books they all love.
{funny} 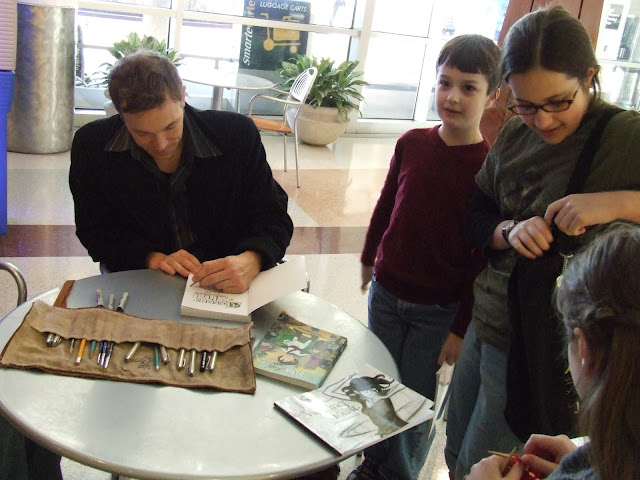 Sunshine sat there knitting away while the others looked on. That girl knits constantly! Currently it's some washcloths to donate to Fiber Fest. I think she'd like to figure out how to make a snazzy tool roll-up like that for her knitting needles.
{real} 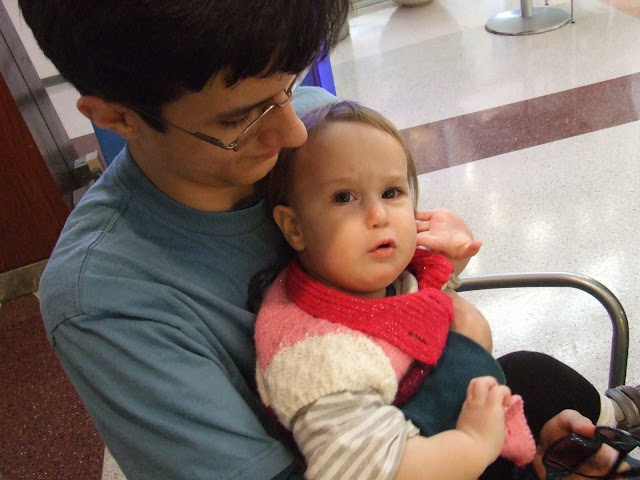 Cupcake was not as impressed with Mr. Ben as the big kids were. She had had a too early nap. Thankfully, our captive has his own little toddling one. He was most understanding of her crabby behavior and didn't take her attempts to run away personally.