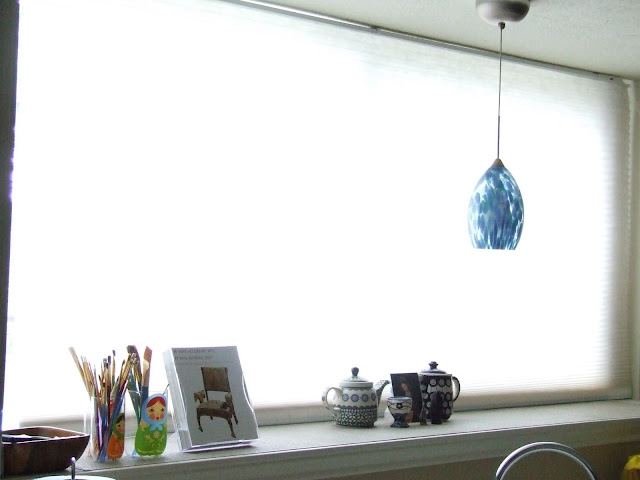 For years now, I've had this nice light filtering cellular window shade above the window in my kitchen. It died this weekend. It won't be pulled up or down anymore. I've repaired the mechanism multiple times but this time, it just won't cooperate. I can't even pull it up to take a picture of the window right now.

The window opening measures 71 inches wide by 35 inches long. That's a very wide width. I just don't know what to do with it. When we purchased this cellular shade, it was on super clearance price and just happened to be wide enough although too long, but I didn't care. So, I'm looking for suggestions. because it's so wide, it can't be anything too heavy. I'm considering putting up two shades instead of one big one, but that would put a cord right in the middle and this window is recessed about 12 to 14 inches and I'm kind of short, so I have to be able to open it and close it without always asking the 15 year old to help. I thought about trying to make a Roman shade but I'm worried that it would be too bulky at the top when it was opened for such a wide but short window. Ideally, I'd also like it to be easy to clean.

So, any thoughts? What would you replace it with?