Baptisms, boardgames, birthdays, and (not) bees


{pretty}
Pretty is this little princess on her baptismal anniversary yesterday. My how she's grown! 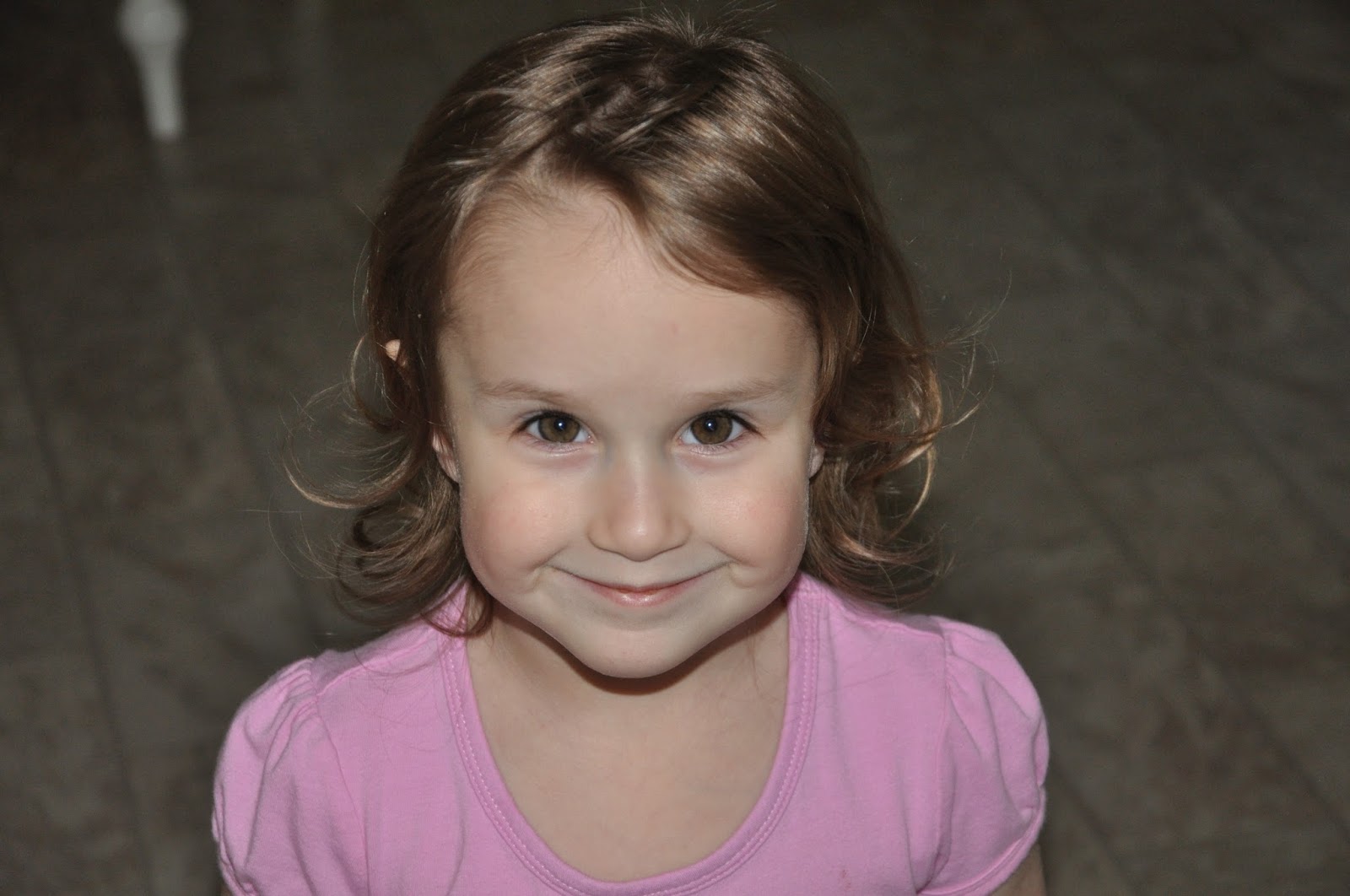 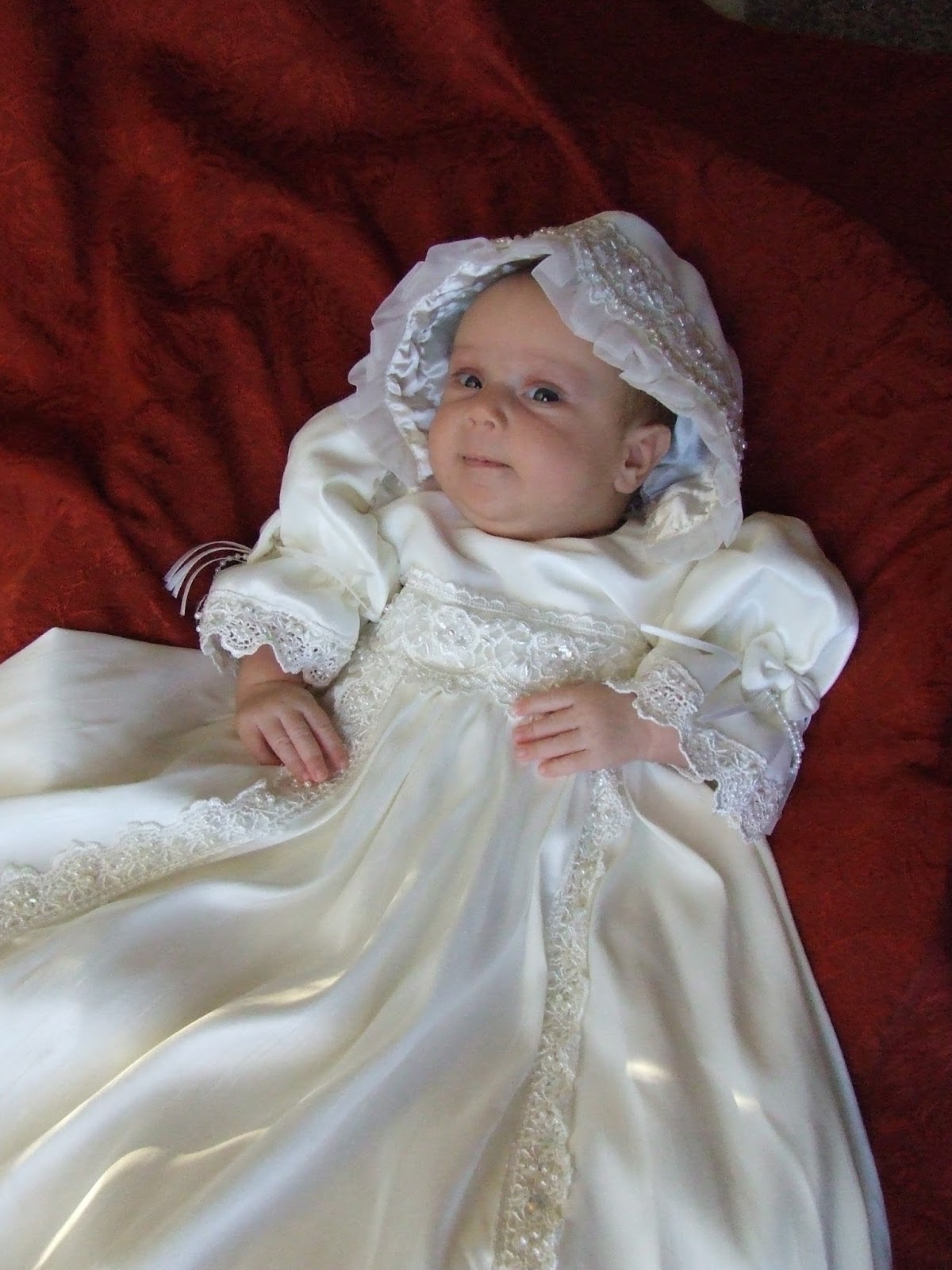 {happy}
A gaggle of teens having fun playing a new-to-us board game that is sadly out of production. It's called Heroscape. If you love hearing riotous laughter and merriment and your kids like strategy type board games, get yourself over to Ebay and hunt down a copy! 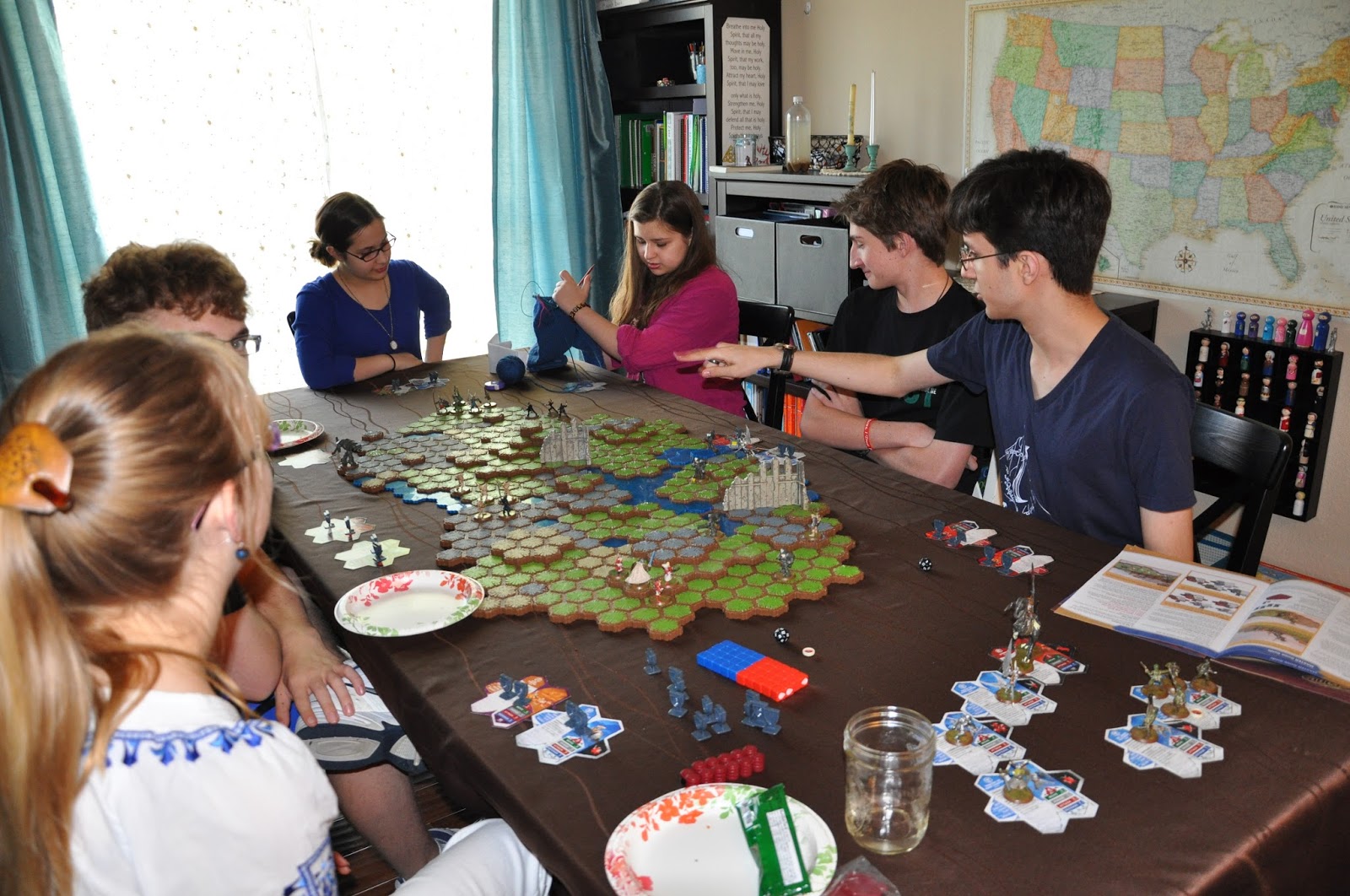 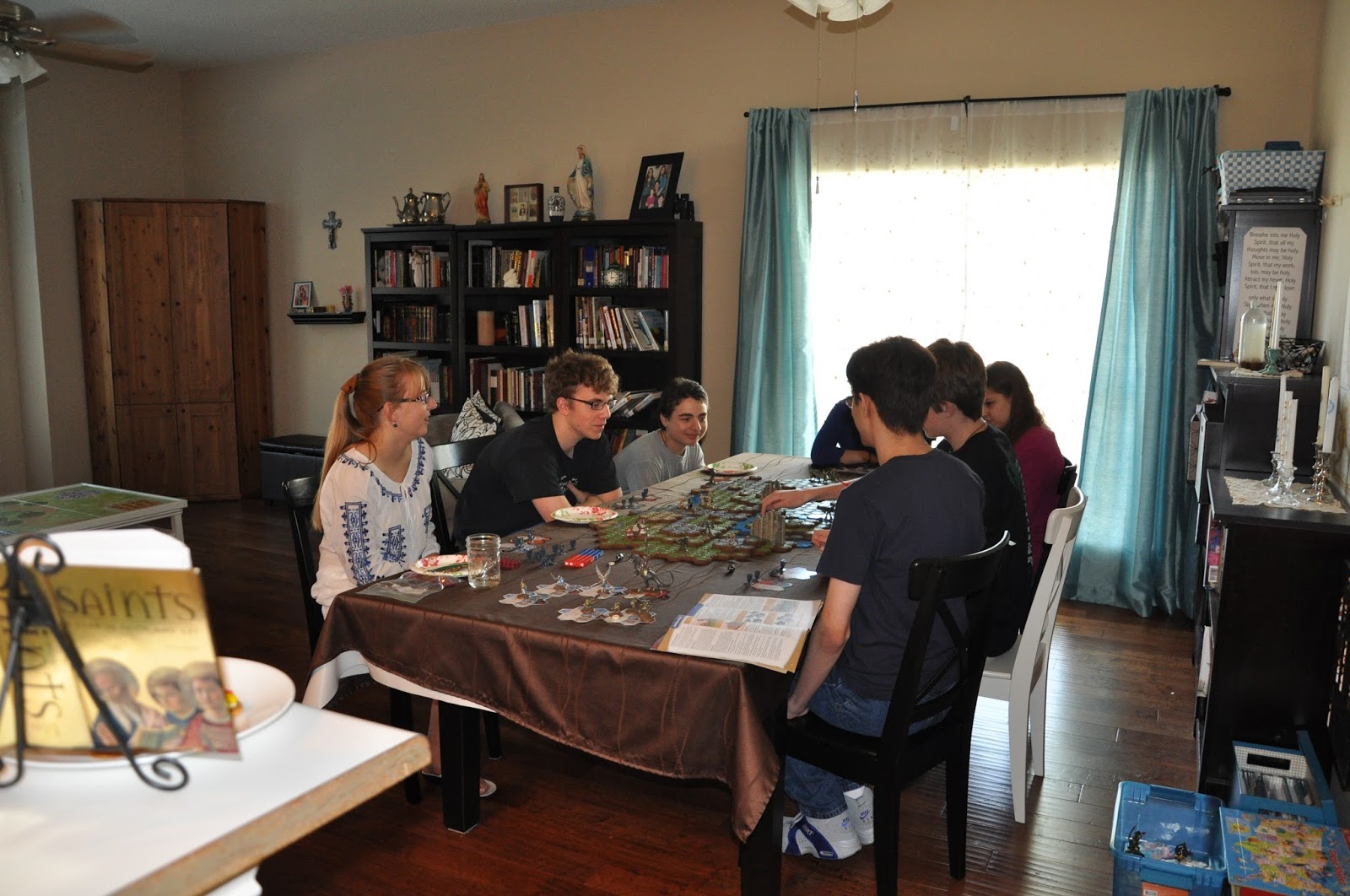 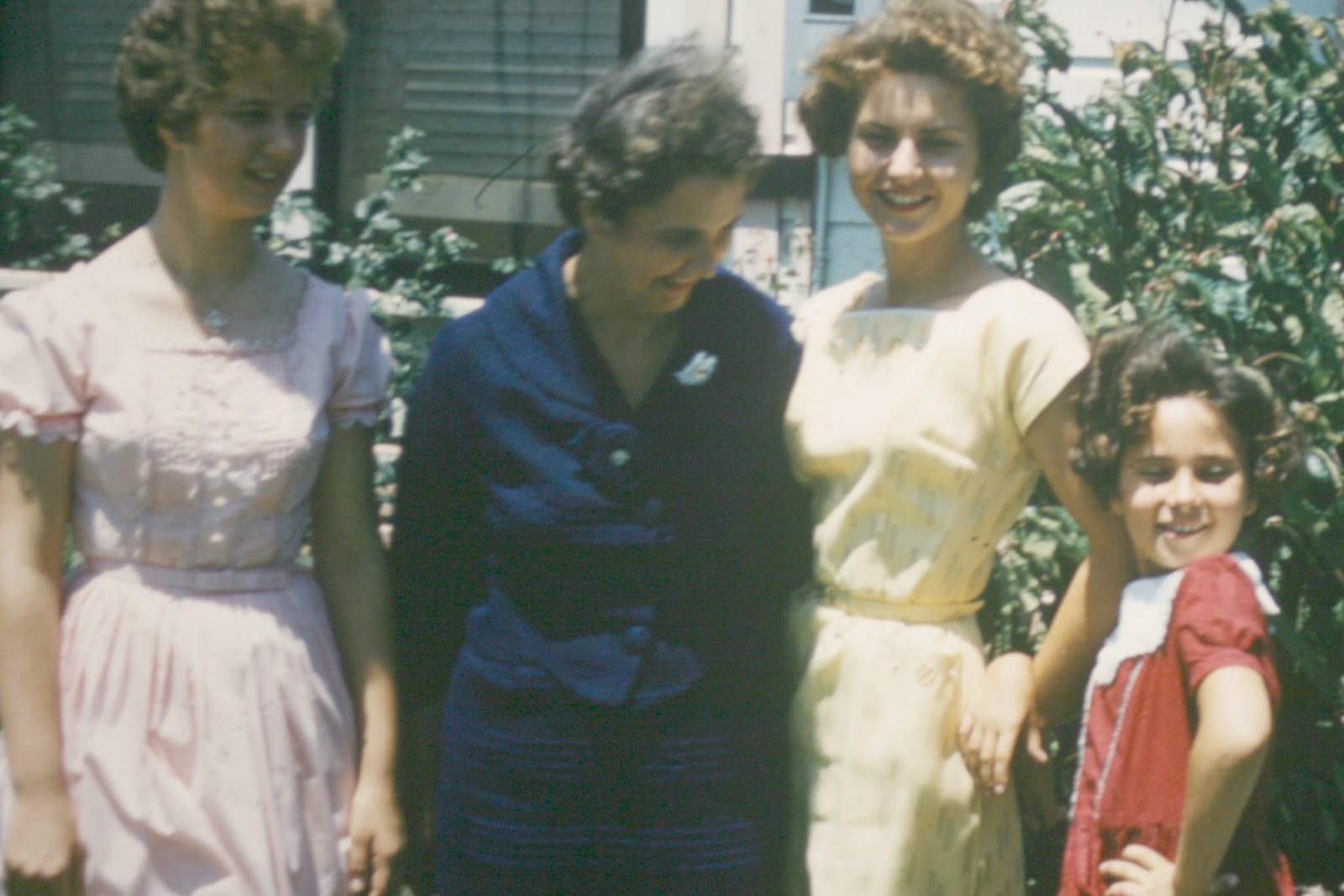 Yesterday was also my mom's birthday. I posted this picture of her on FB.  She's the spunky little one in the red dress. Her mom is the one smiling affectionately at her while two of her older sisters look on. The original was very dark and the two faces on the left were almost completely in shadow. I lightened it up using Picmonkey and was surprised to see them so clearly.
My mom is the baby of a family of 7… one boy… SIX girls. My grandpa used to tell the story that when he and Grandma got married, being a farmer and needing lots of help to run the farm, he expected to see nothing but overalls, overalls, overalls hanging up on the family clothesline. Instead, he got nothing but panties, panties, panties.
That man sure loved his girls, though and they did their job helping to haul in the cotton. 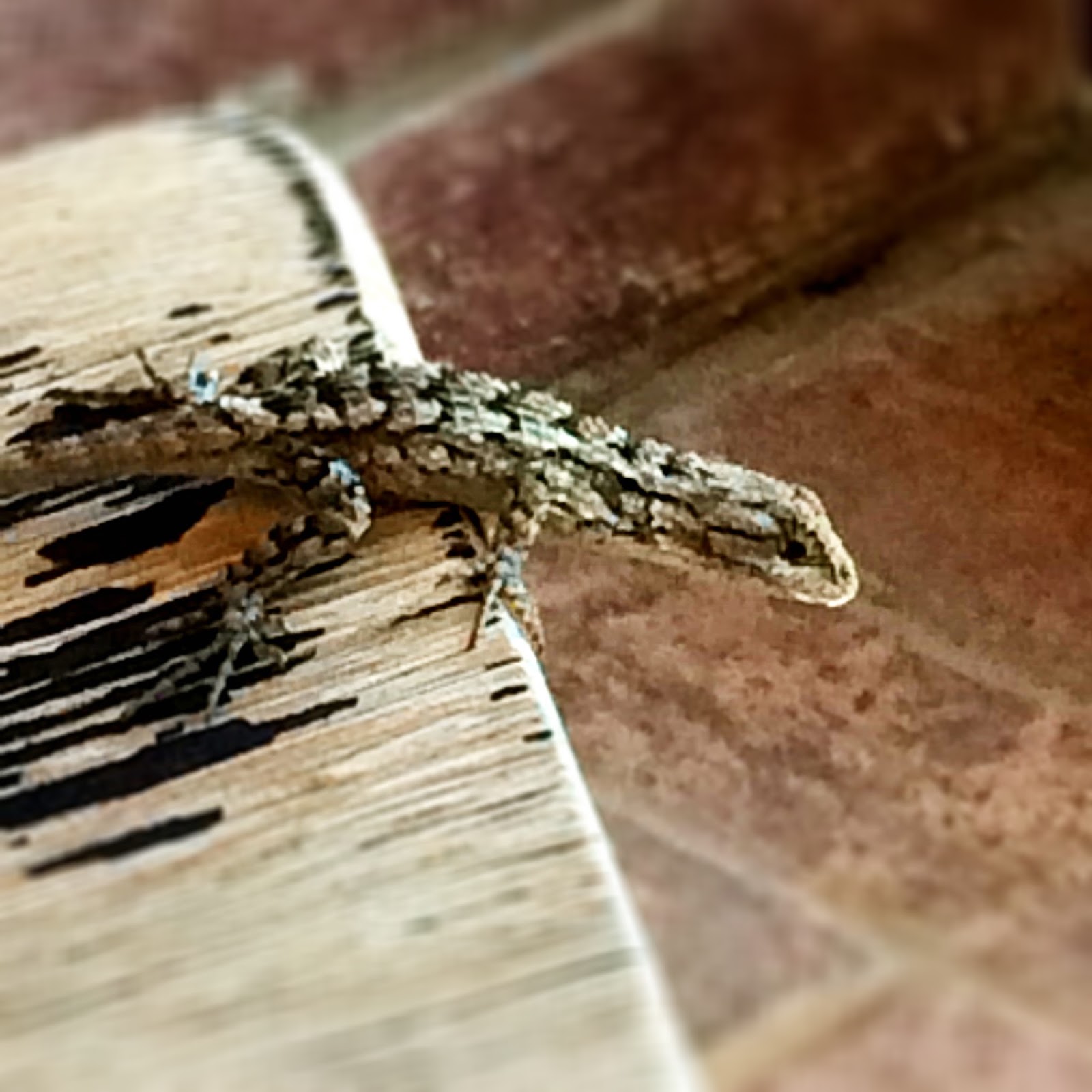 This is a Texas Spiny Lizard. We have quite a few around our house and they stay mostly outside. Lizards don't freak me out because they eat the bugs and we don't like the bugs more than we don't like lizards. However, they don't eat yellow jackets. Grrrrr.  We've been dealing with a yellow jacket problem. 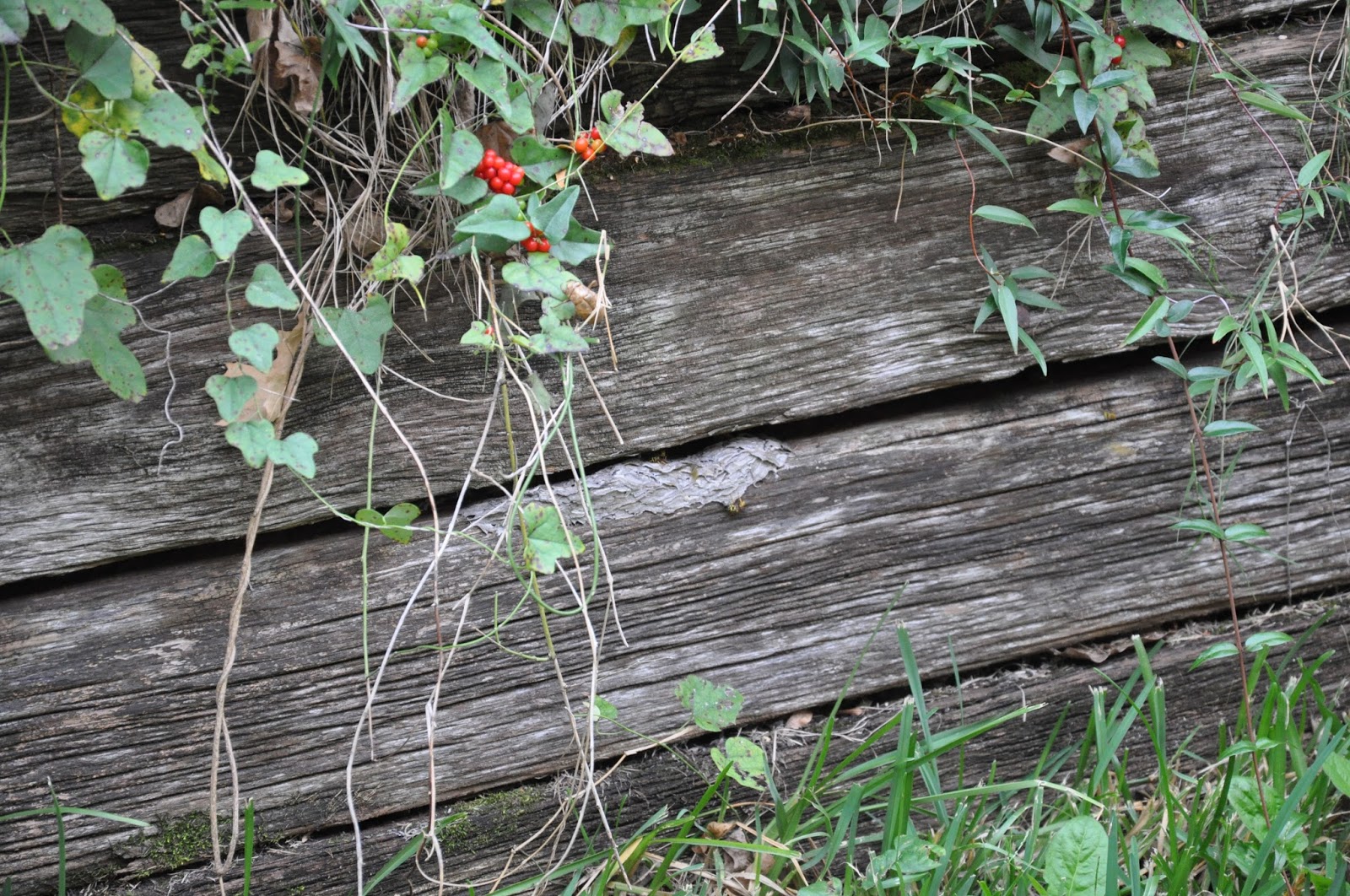 This is where they first started building a nest, in the ancient retaining wall that keeps the neighbor's yard from sliding into ours. (Yes, it needs to be replaced.) When we first noticed this activity, we checked to make sure they weren't honeybees. Honeybees we would have had relocated. Don't want to kill the bees. But yellow jackets? Just kill them all. So we had them treated with the spray and dust of death and not even a week later, we found they had moved about 15 feet further down the same wall. So today, we are dropping the death dust on them again. This time, the pest control people are sending out TWO technicians. Not sure what two guys can do better than one, but hey… whatever gets them gone.