Last month's book club book was Escape From Mr. Lemoncello's Library. Due to illness, we had to postpone our meeting until today. This delightful story has been a favorite of Bigboy's since we first discovered it last year. It's still a favorite of everyone here and it was the hands-down favorite of all of the other kids in our book club.

The Game is On!
When I decided to make it a book club book, I knew I wanted to host it in our local library doing a kind of scavenger hunt, but I had no idea that the publisher had already created one! Thanks for making it super easy on this busy mama! You have to send an email requesting access to the files, so give yourself plenty of time to do this, if you want to set up your own game. For our discussion, I used the discussion questions found at the end of this page. Then we moved on to the game. 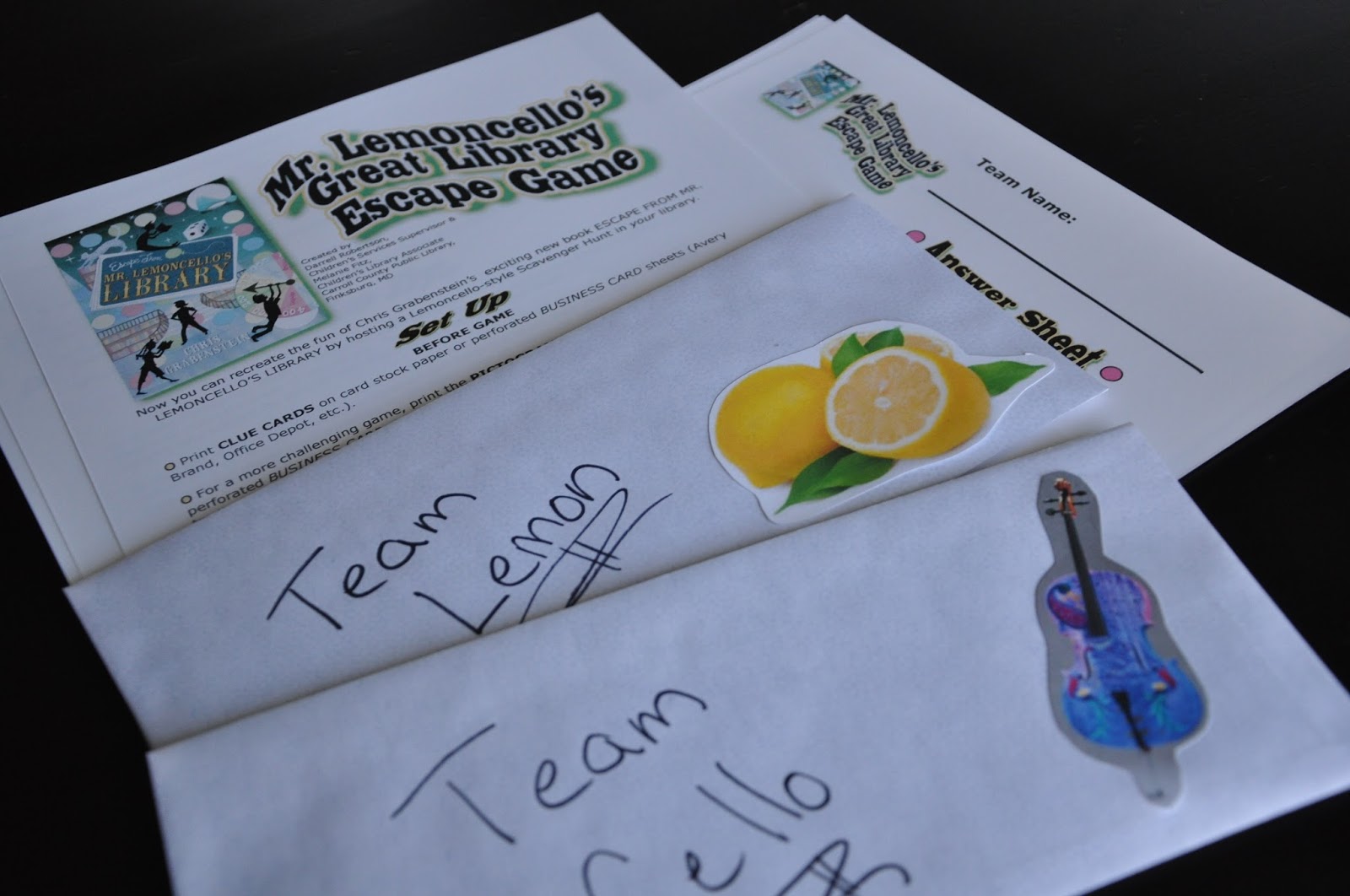 We divided the group up into two teams of four kids each. Team Lemon and Team Cello used clue cards to guide them to specific books or sections using the Dewey decimal system. At each location, they discovered a Pictogram card which they used to solve a final puzzle and printed it on their answer sheets. When they solved the final puzzle, they were awarded their goodie bags as a prize. 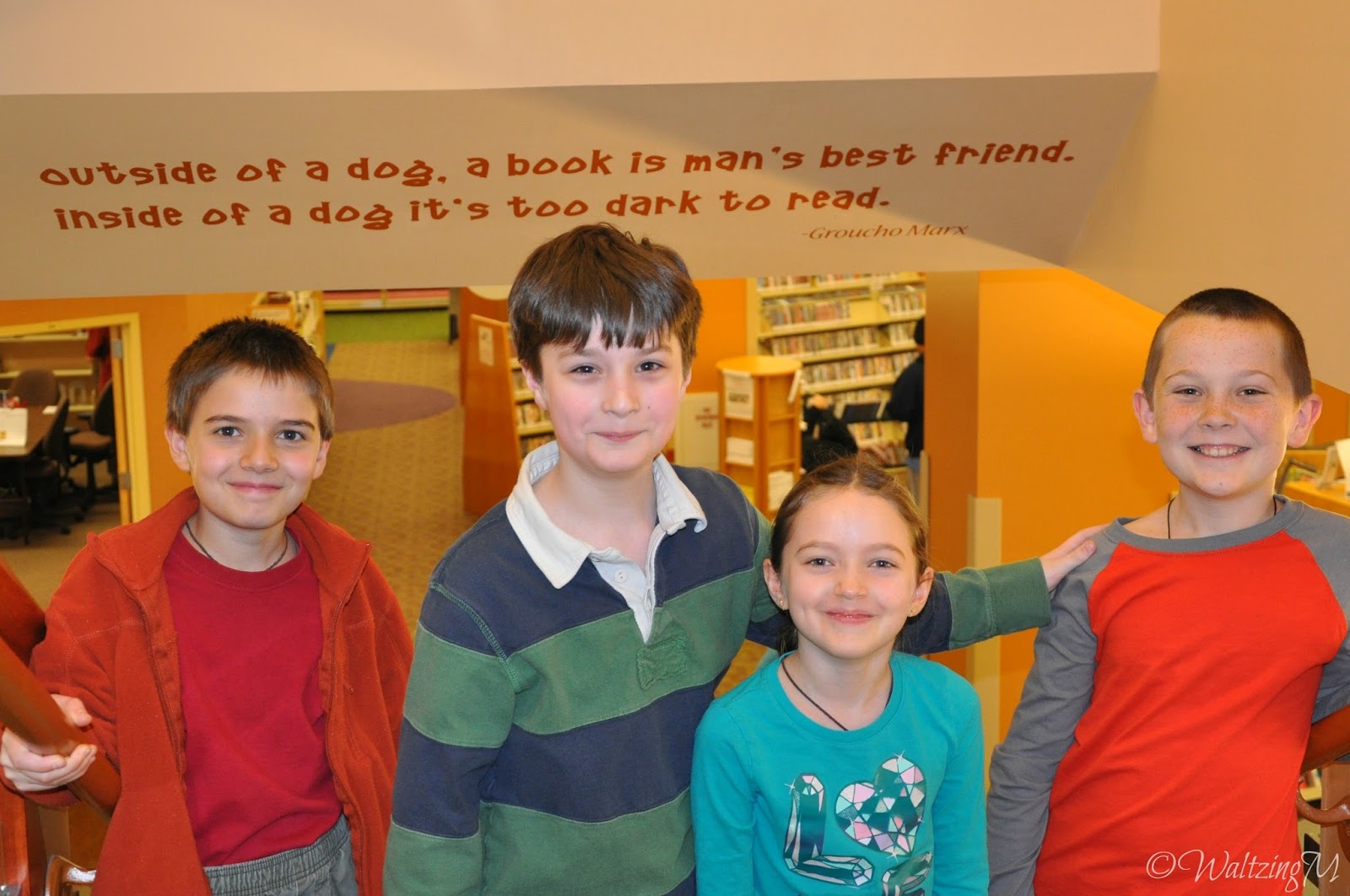 Team Lemon finished first and got their picture taken with a quote from Groucho Marx that shows up in the book and in our library! Team Cello finished up a few minutes later and met us over by the treat bags and cupcakes. 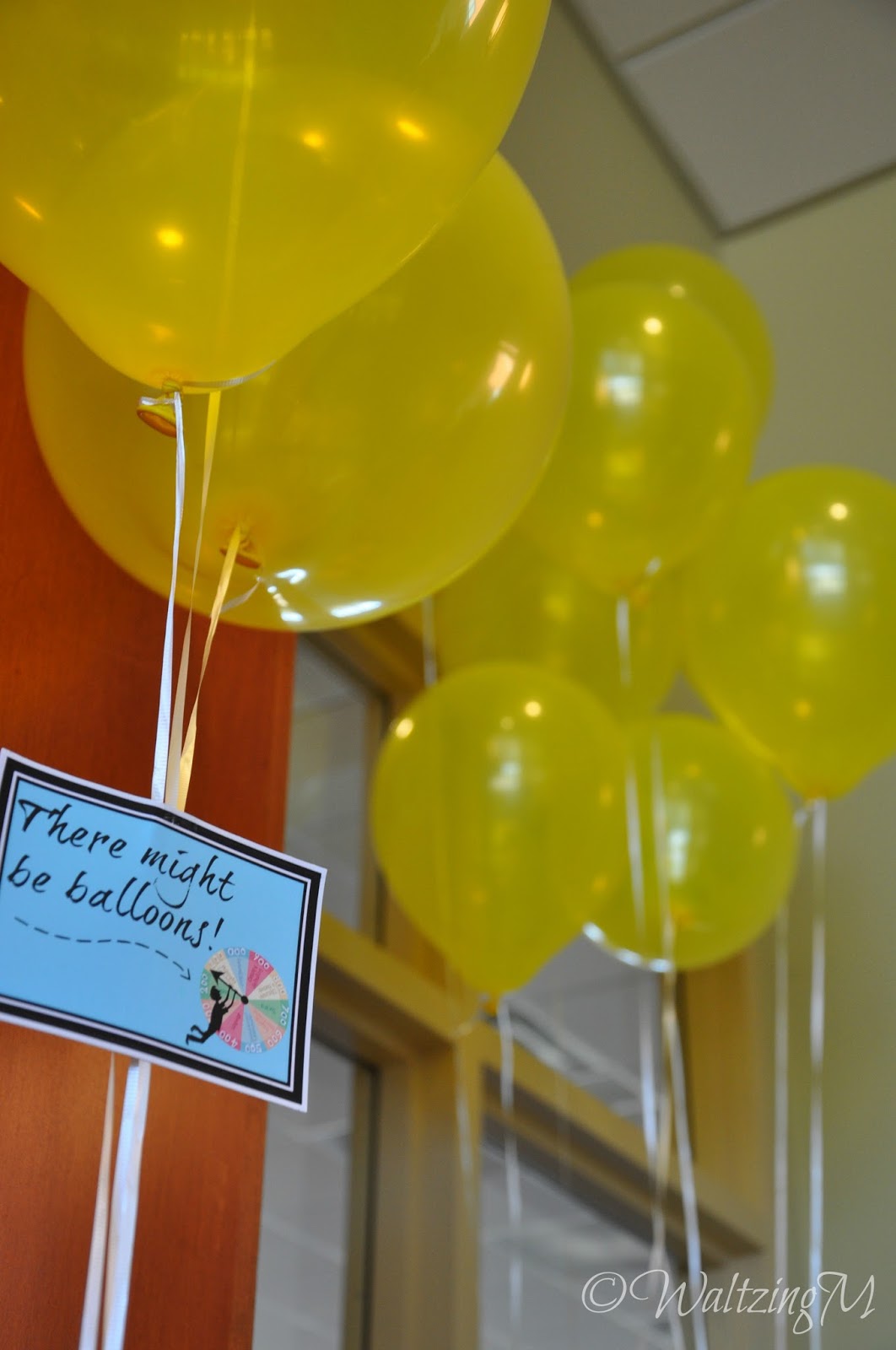 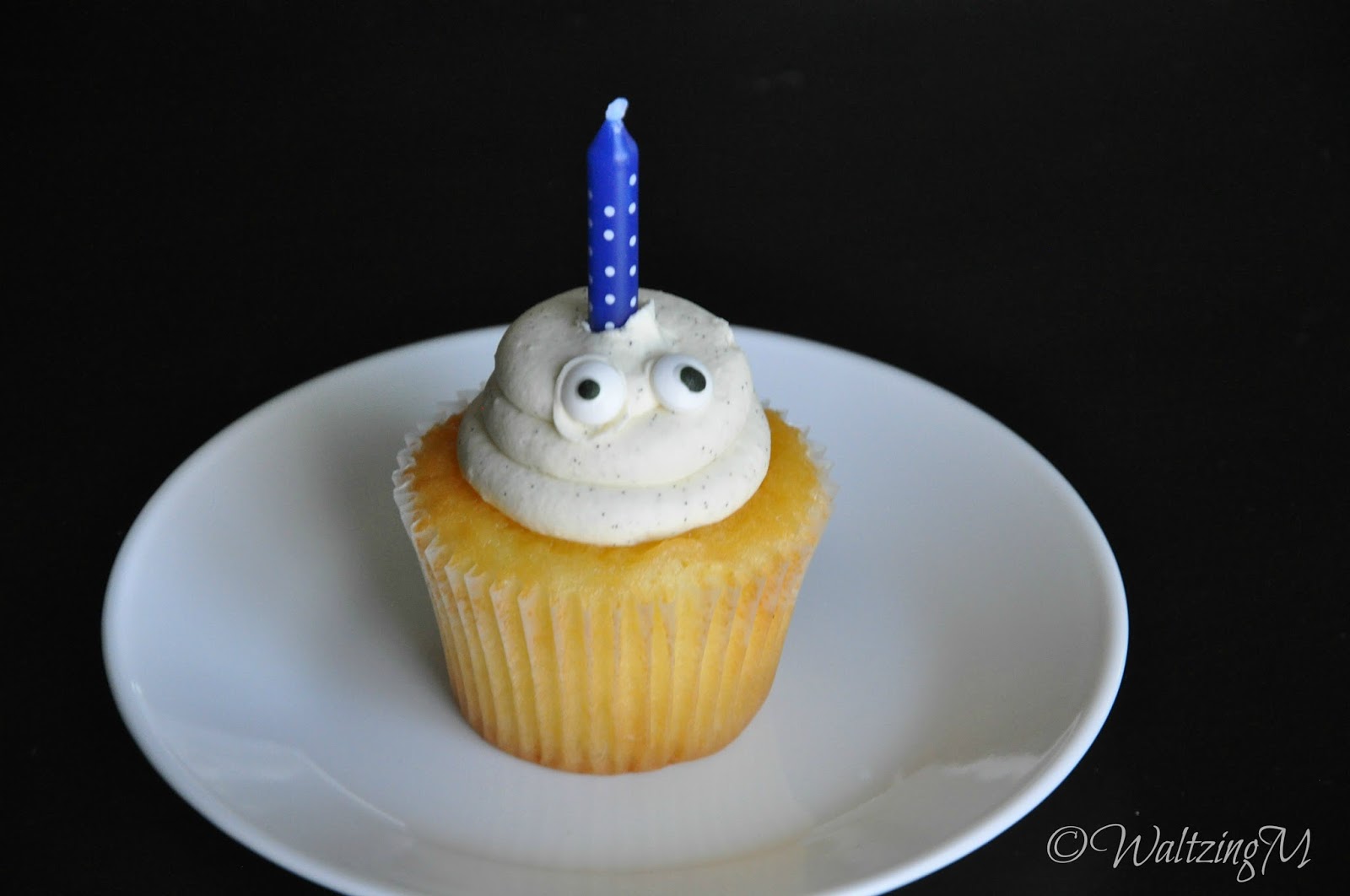 Googley-eyed Lemoncello Cupcakes
I sent the cupcakes home with the kids since our library had no good space to chow down in.

Gift Bags
What's a party without a little bag of fabulous prizes to take home?
These were the most fun to put together. 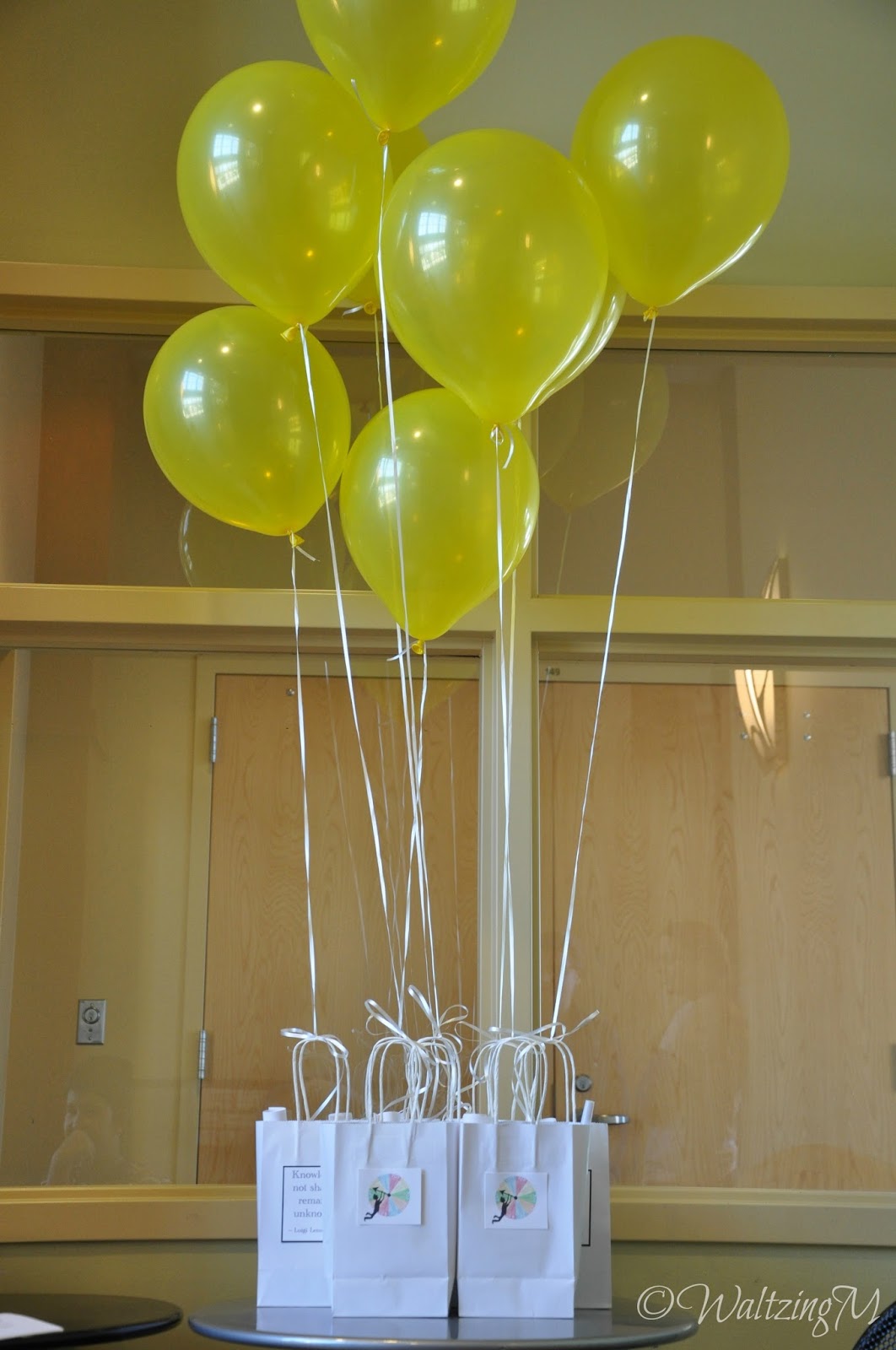 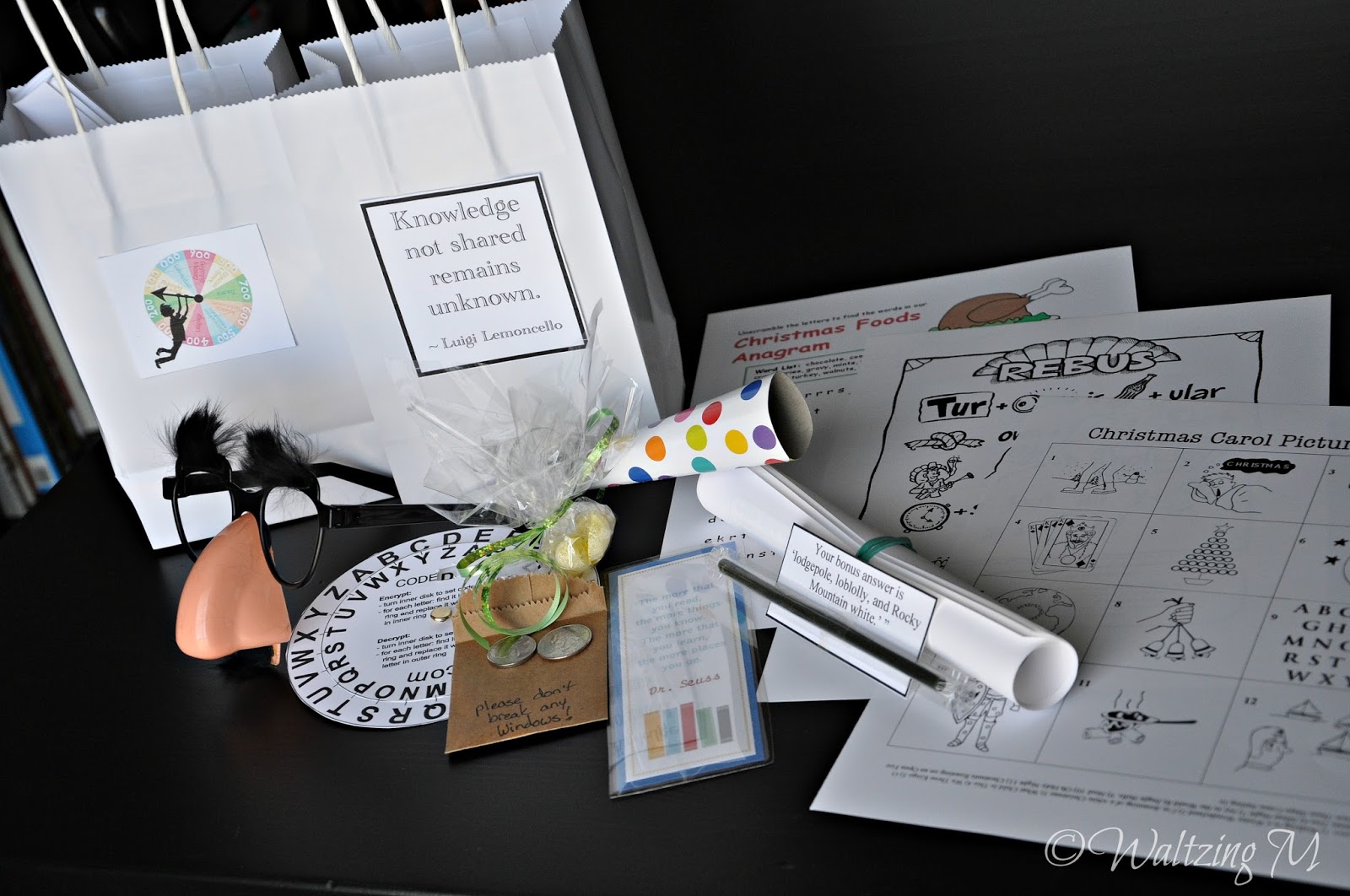 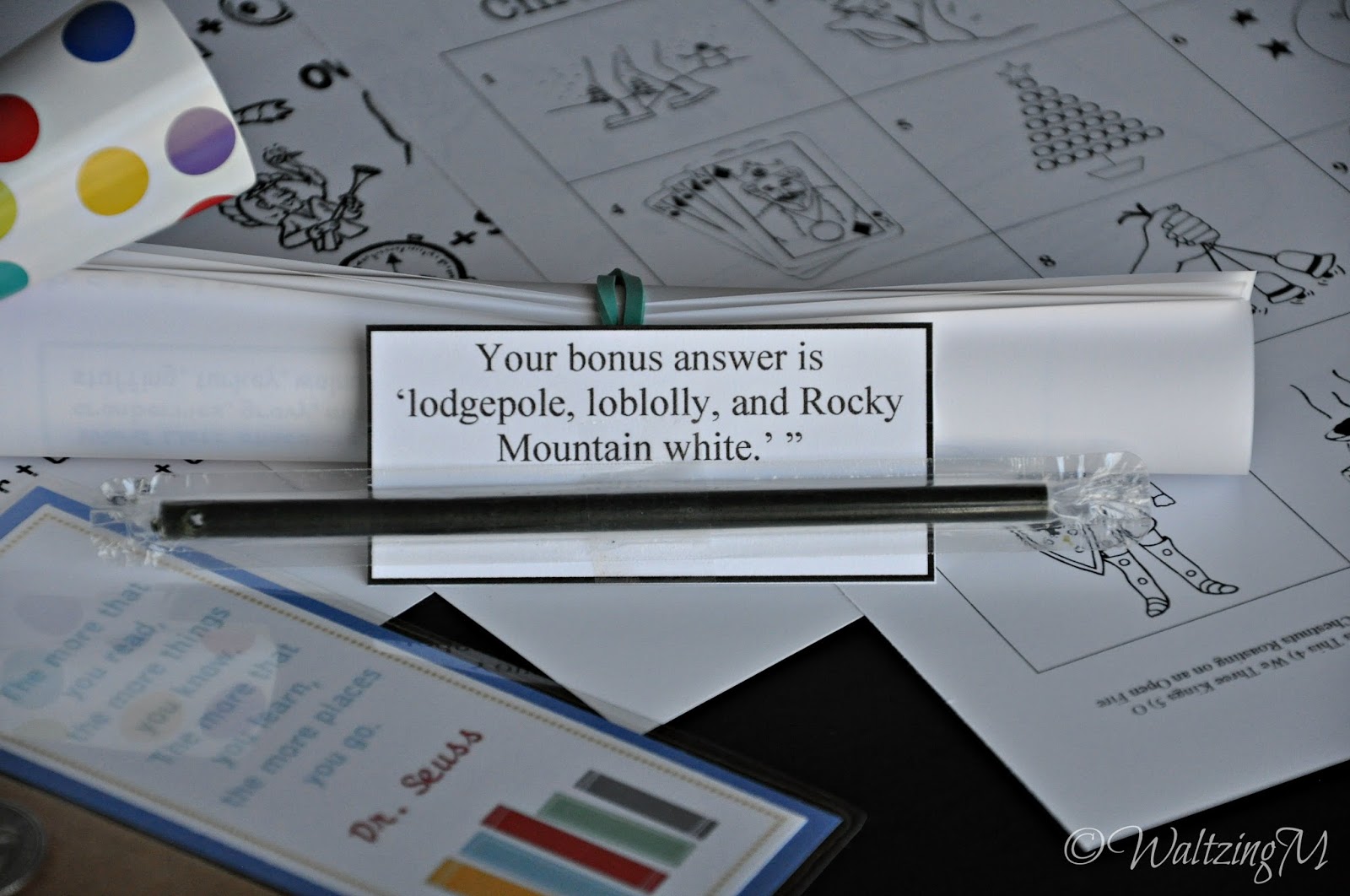 A pine scented air freshener as a reminder of the smell-o-vision games from the book. I wanted to find some actually shaped like pine trees, but those were all Margarita and Vanilla scented. Go figure. 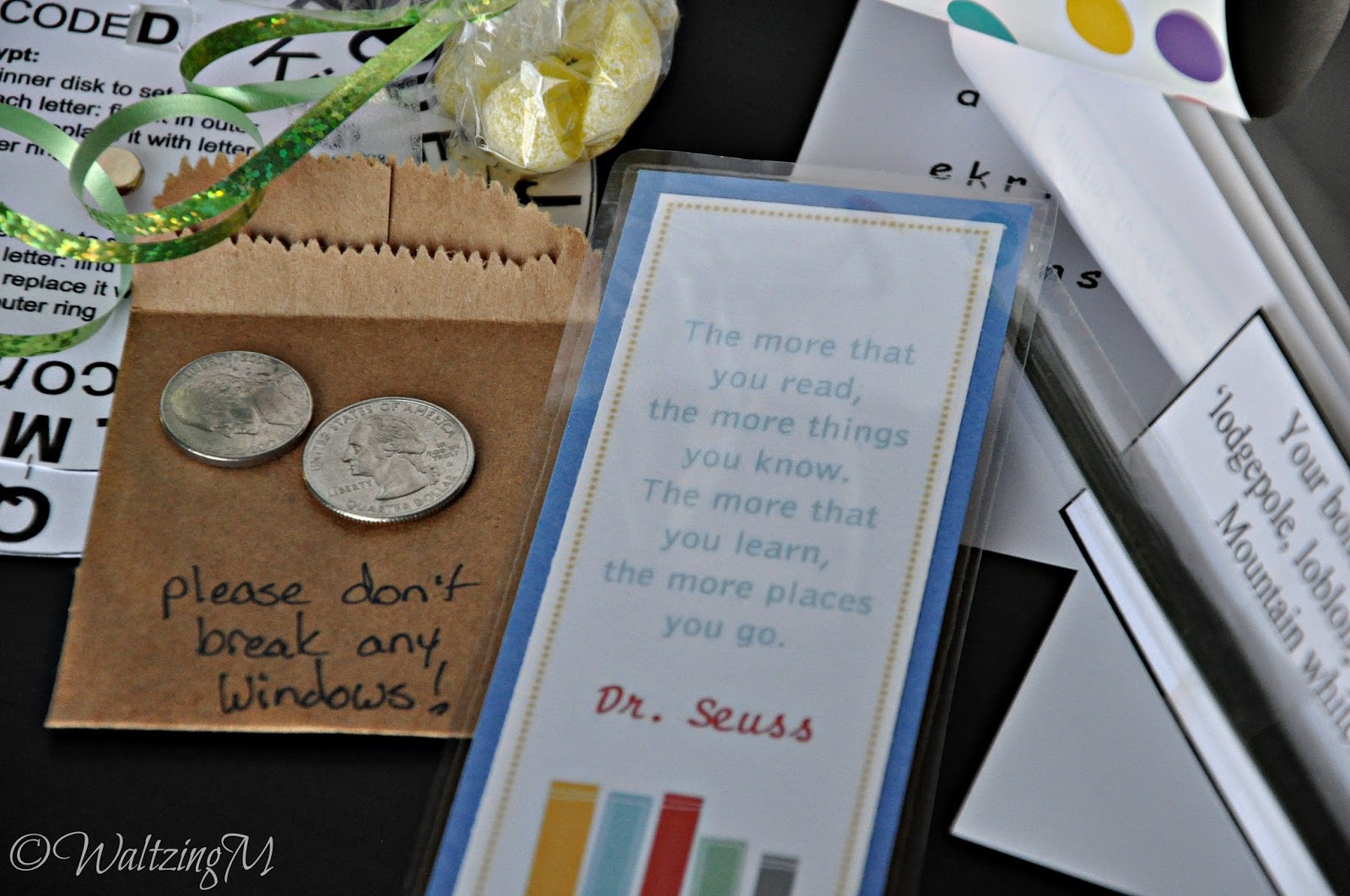 Each child received a quarter and a nickel along with a plea not to break any windows. It's an inside-the-book-joke. I also made homemade bookmarks with this Dr. Seuss quote also in the book. 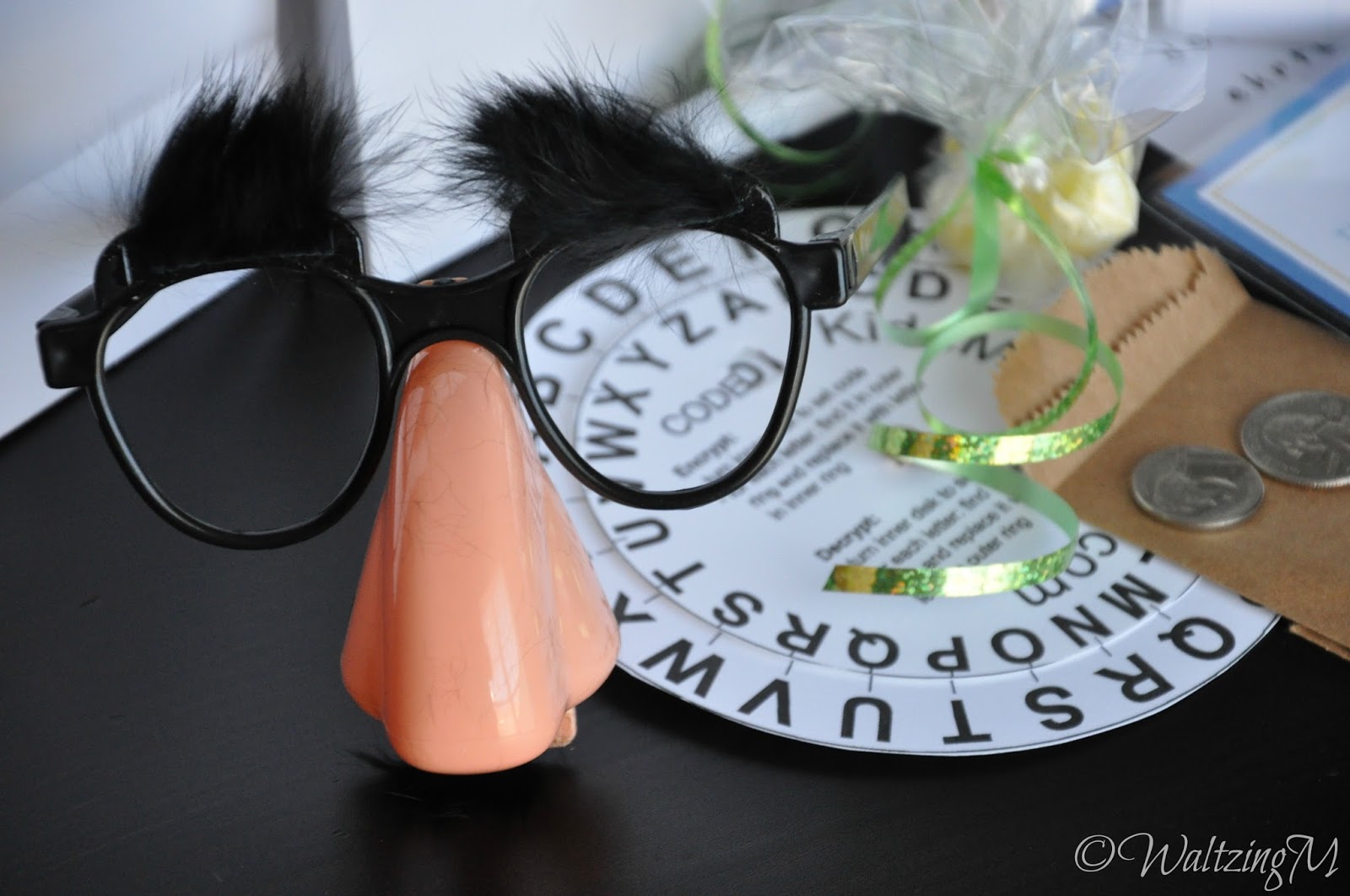 There were goofy glasses that looked like something you'd find on Luigi Lemoncello's nightstand… or face. And I also included a cipher disk for making secret codes. 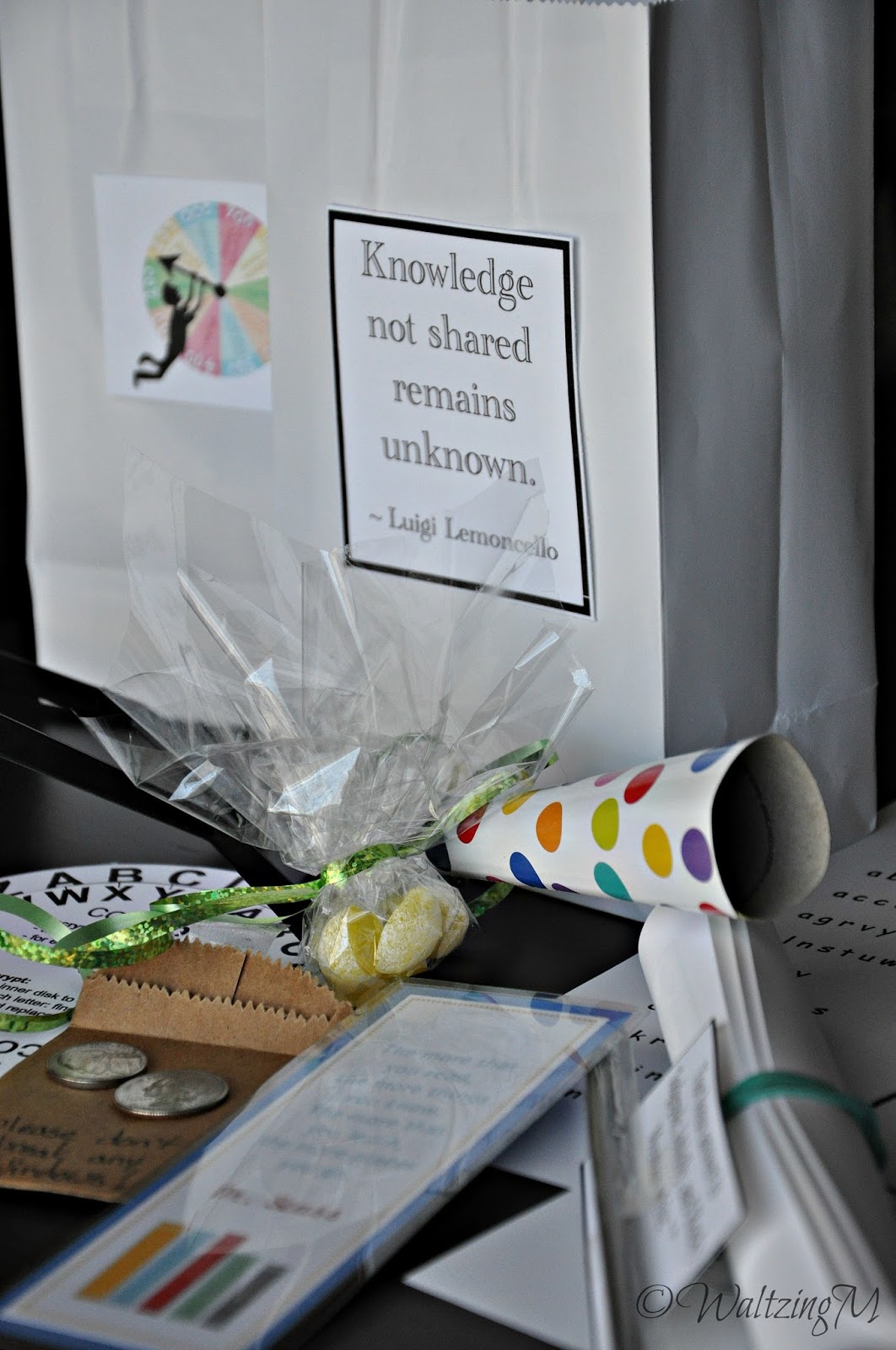 What's a party without party blowers? And lemon drop candies just for fun. 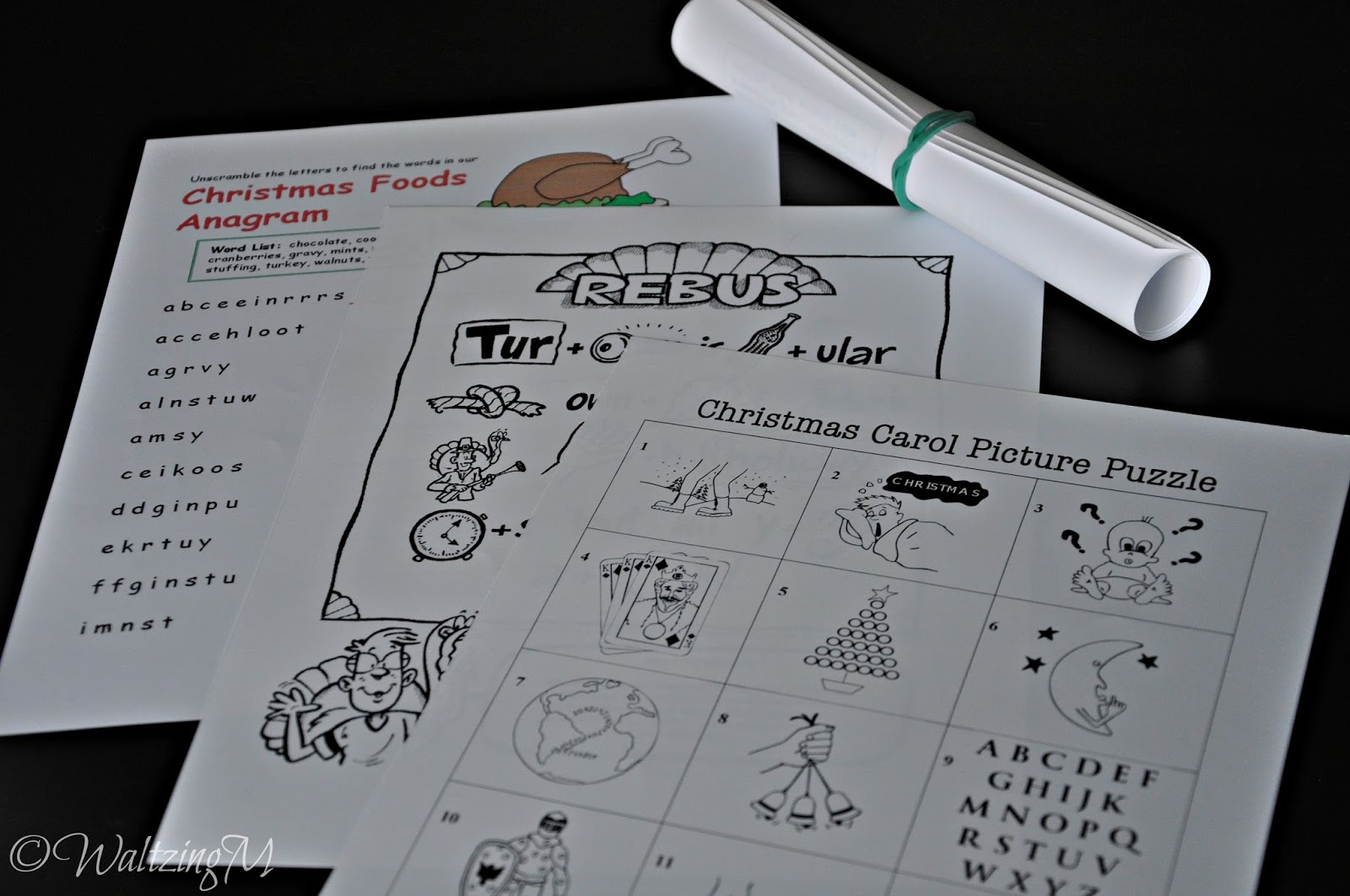 I also printed out some rebus, anagram and pictogram puzzles for more puzzle solving fun. 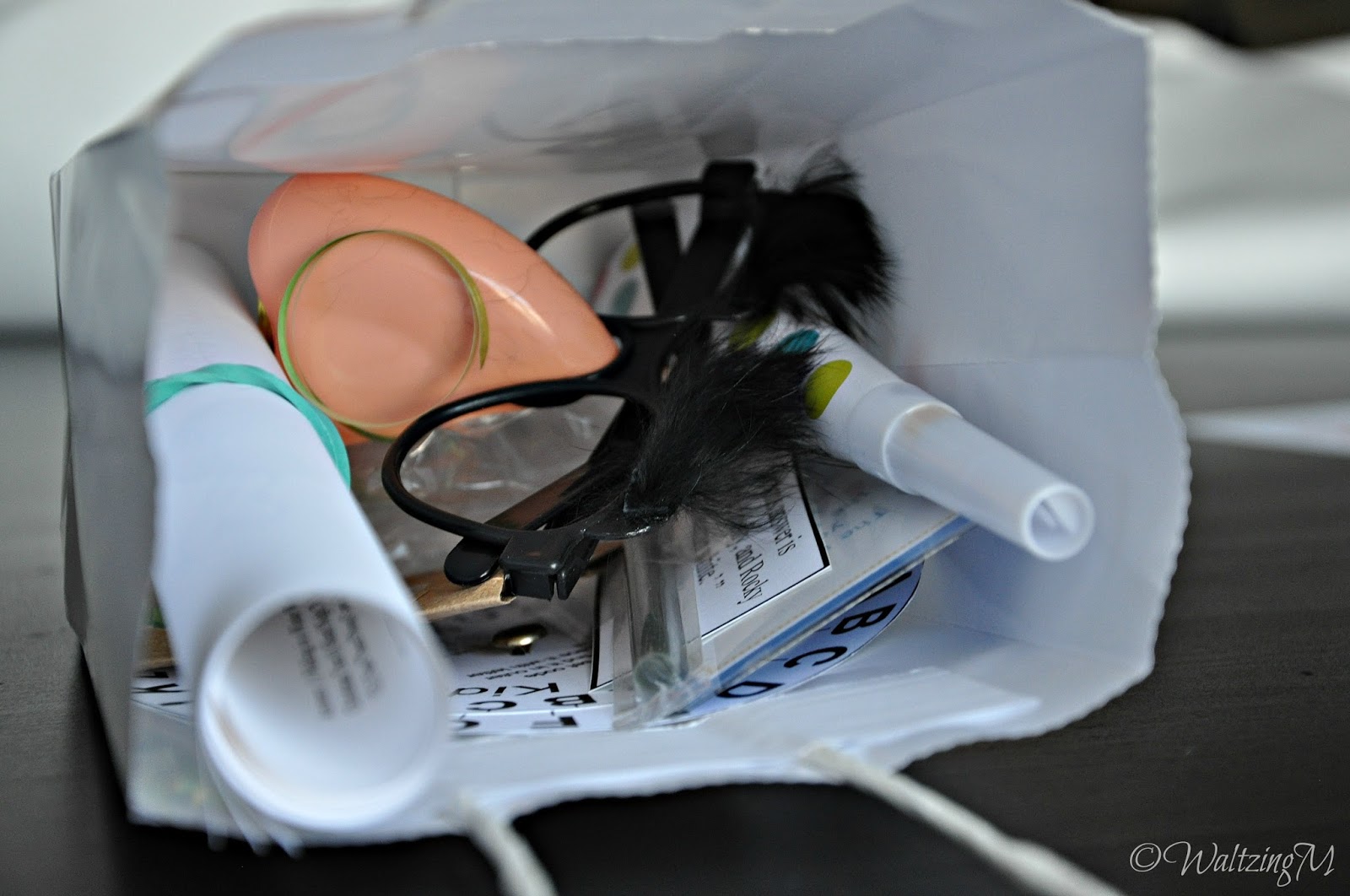 I'm pretty sure this one was the best one yet!