Our kitchen is almost complete but we've hit a few minor snags that have resulted in delayed finishing. Dry wall compound always takes so much longer to dry than you think it will! So, I'm going to play catch up with my posts and pictures. This was the state of things on Day 2: 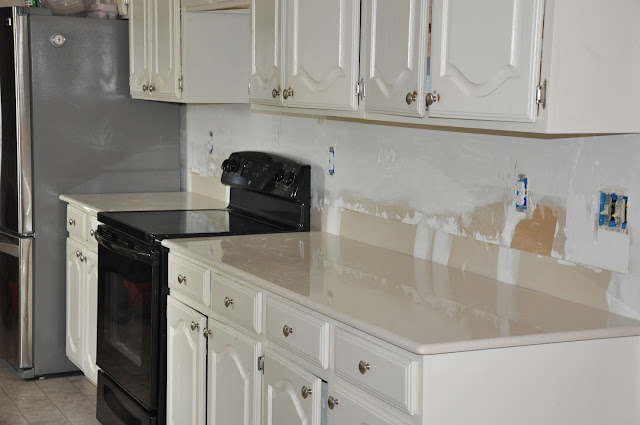 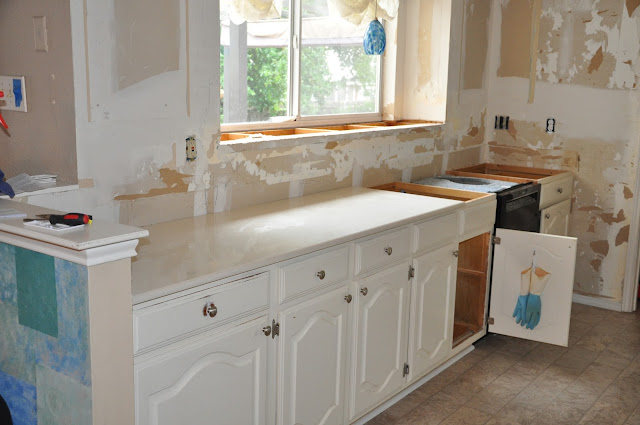 These pictures were taken while the countertops were being installed. This long section had to be seamed at the sink. The epoxy that they used smelled awful and starting triggering a migraine for me. I had to take Miss Cupcake and leave the house it was so bad. We were thrilled with the way they turned out, but I sure wish we'd known about the stinky smells associated with the installation beforehand. I would have taken all of the kids out of the house and let husband deal with the smells. The one thing we didn't think about was having them replace the wooden ledge on the half wall with the same quartz as the countertop so they will be coming back to do that soon.

My kids did such a great job pulling down wallpaper. I might hire them out for summer! ;)

The sink was installed a few hours after the countertop guys left but then we started right away working on mudding the walls. I forgot to take a picture of it. You can see it in this picture below with the dry wall compound mid-drying: 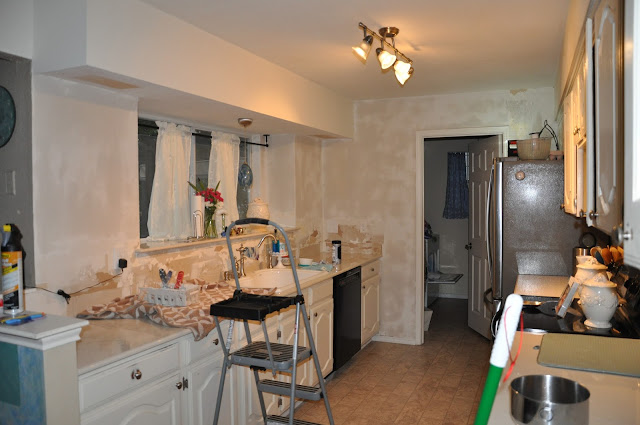 And that's pretty much how it looked for about a week as my husband sanded, mudded, thoroughly dried, and repeated several times. There is still one section that needs some smoothing out, but with the back to back birthday coming up this past weekend, we had to take a break. The tile guys did come a few days after this was taken. I'll show you those pictures next.