Last weekend, we trekked out to Alabama to celebrate my husband's parents' Golden Wedding Anniversary. Their anniversary was actually in July but this was when most of the family could be there all together. Family traveled from California, Wisconsin, Ohio and Texas to be there. We were only missing 5 grandsons who couldn't be there for various reasons. 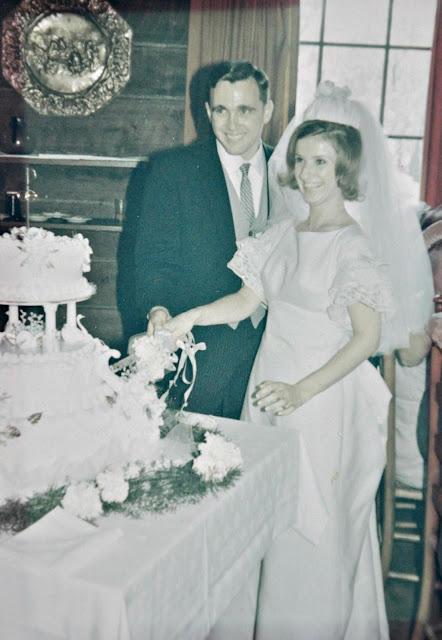 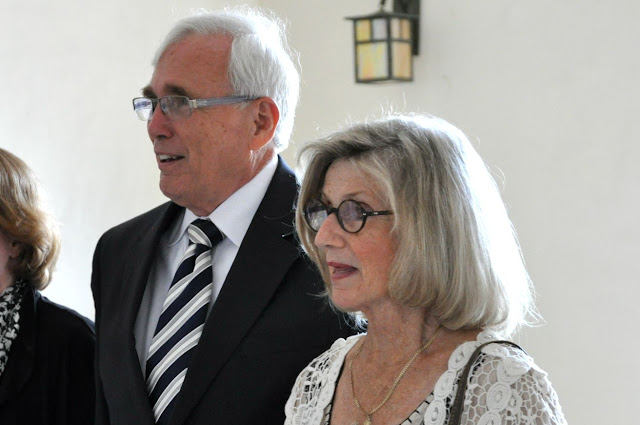 …and after 50 years together.

Aren't they a cute couple?

The celebration started with a lovely Mass at the chapel at the Casa Maria Convent and Retreat Center where one of my husband's sisters lives as a fully professed Sister Servant of the Eternal Word with the most delightful, joyful sisters you have ever met! A priest friend said the Mass and gave an inspiring homily all about the highs and lows of marriage and how true commitment to the vocation of marriage means riding out the ups and downs together while keeping your focus on Christ. 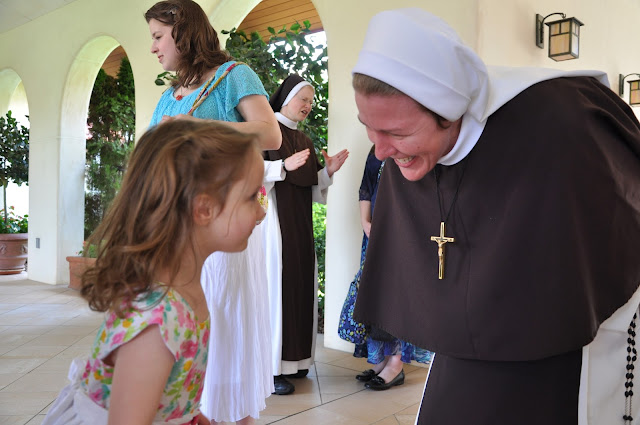 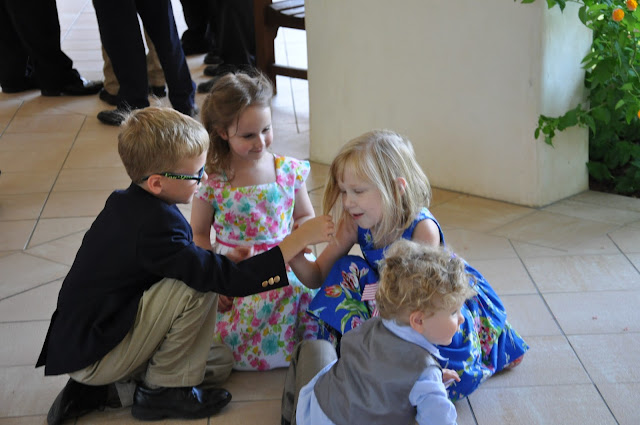 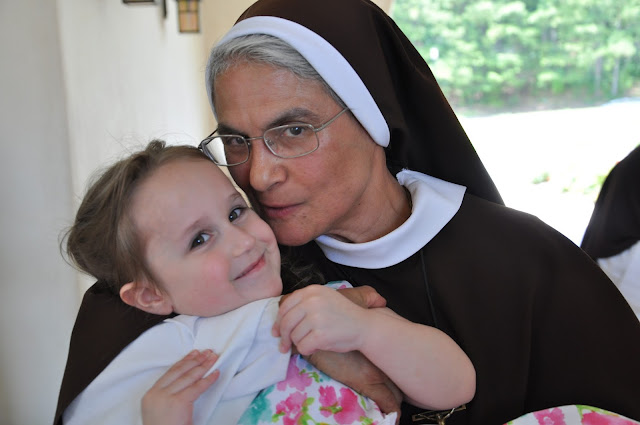 Afterwards, we visited with the Sisters for a little bit before heading over to my in-laws' house for a luncheon. Miss Cupcake was a hit amongst the sister crowd. She called them her "Aunt Sisters" all the way home. If you are ever in need of a spiritual retreat, please consider the Casa Maria Retreat Center! You can find a list of their upcoming retreats here.  If you can't make it out for a retreat, you can  also purchase the talks on CD or MP3. (These are not affiliate links, I don't get compensated to advertise for them. We love these sisters and care about supporting them because they are family!)

Back at the house, after the luncheon, when we were waiting for some of the sisters to come over for cake and punch, my mother in-law pulled out her wedding gown to show everyone. It's gorgeous! Real Irish linen. So far, no one in the family has been tiny enough to wear it. The one sister who could have possibly worn it was too tall by a few inches. Maybe one day a granddaughter will get the privilege of wearing it. 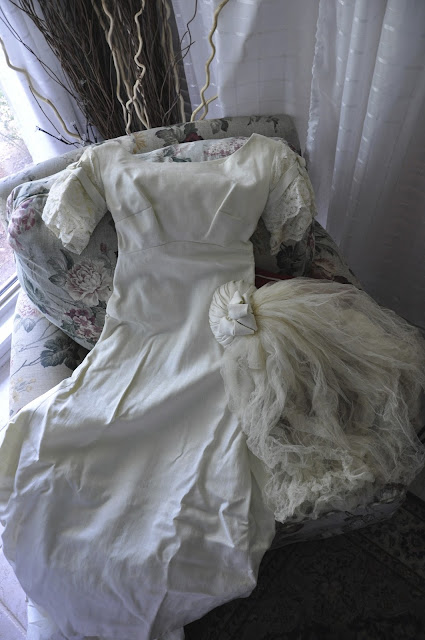 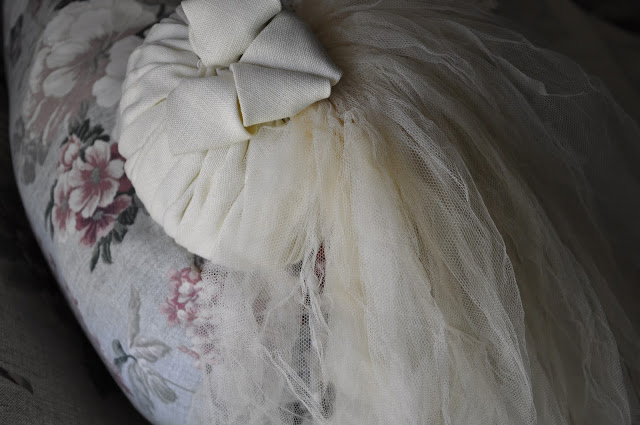 Her headpiece was also made of linen with tulle added. 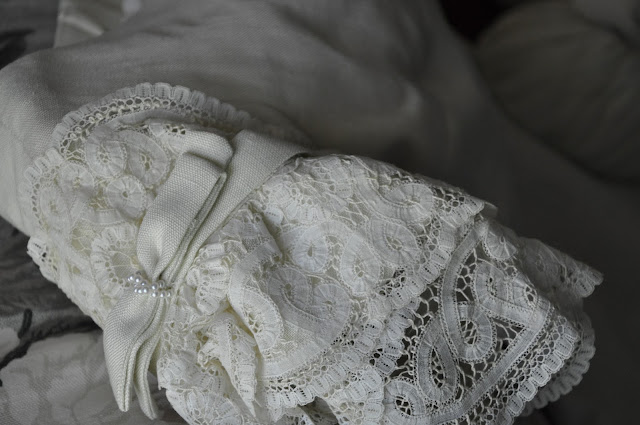 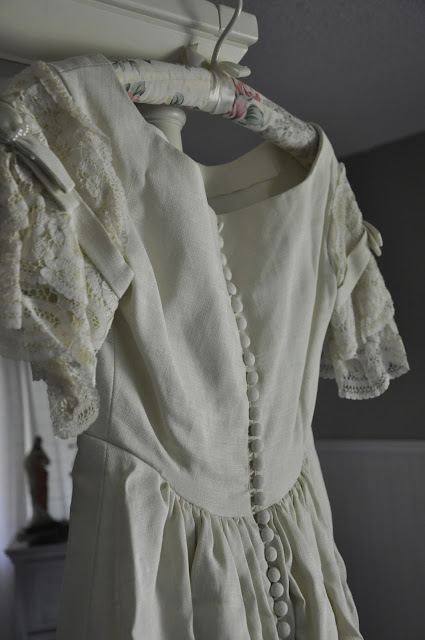 Linen covered buttons… no zipper here, ladies! They just don't make them like this anymore. 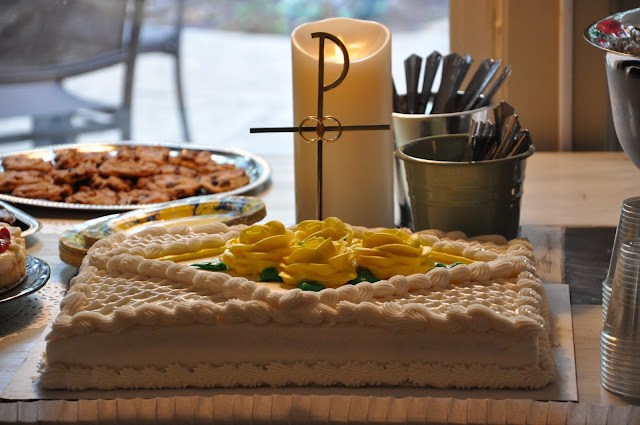 The sisters arrived for cake and punch and some entertainment, but Miss Cupcake was complaining of a tummy ache and threatening to lose her lunch, so we left before we got to hear their lovely singing.

On Monday, before we started making our way back to Texas, everyone gathered for brunch and a friendly game of catch. I love it when Sean gets to spend some "guy time" with his brothers. I wish we could make it happen more often. 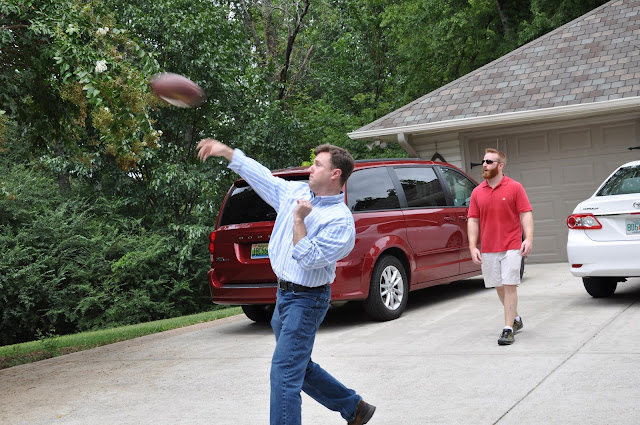 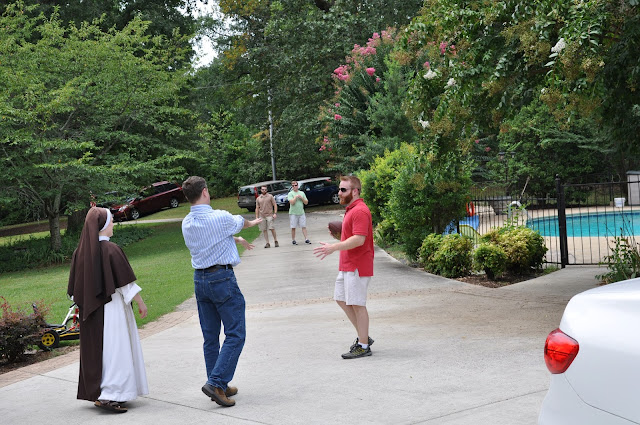 And in this case, catch included the sister who served as the fourth before the fourth brother actually came along. Yes, my husband taught his little sister (before she became a Sister) how to throw a football so that they could play football all together… two on two. The youngest brother, who is 20 years younger than my husband, stepped up to take over her position since, you know… the convent doesn't really have pick-up football games. 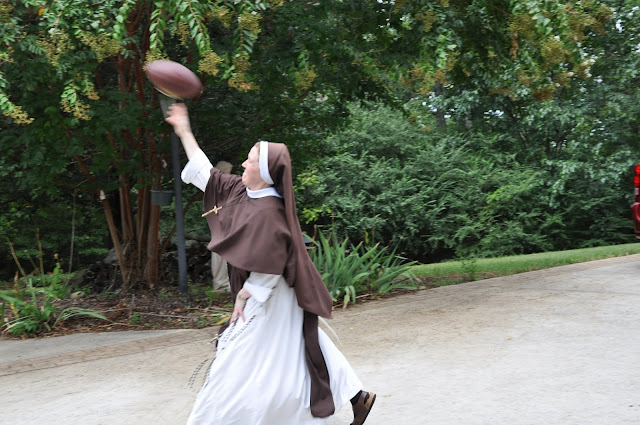 He's so proud of his little sister. She still knows how to throw making sure to protect those rosary beads at the same time! ;) 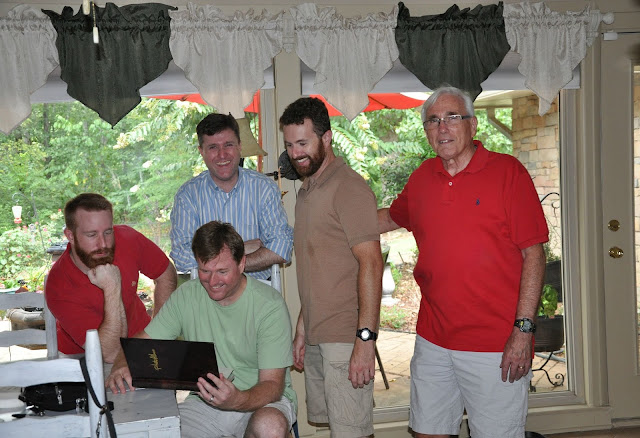 What a handsome group of men! I just happen to think I got the cutest one of the bunch. By the way, the two bearded ones are still single… I'm still sayin'!

It was such a nice trip. I remember celebrating my grandparent's Golden Anniversary. I'm so glad that my children got a chance to celebrate with their grandparents!