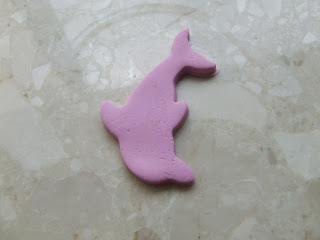 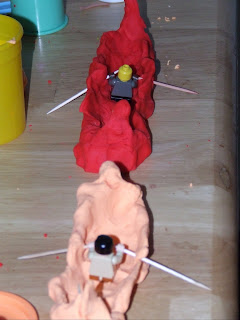 The Professor imagined these Lego guys in a daring, do or die boat race in the rapids. Apparently the guy in the red boat (also dubbed The Professor) had a run in with a rock on the last leg of the race and cracked his boat in half. He had to finish the race with the guy in the peach colored boat behind him who was safe because of the battering ram attached to the front of his boat. Ouch. 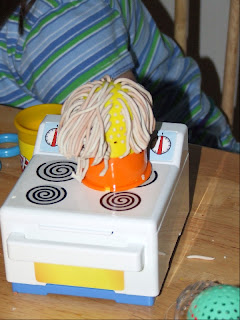 Shortcake opened her salon to all of the Playdoh customers. I think she was inspired by Mom's recent foray back into the hair cutting business for my littlest customer (BigBoy). I don't know where she got this idea though. I never cut hair on the stove. Honest.