Lisa tagged me for a meme which I haven't done in a long time so I thought I would give it a try. I have done one like this one before so forgive any repeats but I am just not that interesting. You know the rules...

1. When tagged place the name and URL on your blog.
2. Post rules on your blog.
3. Write 7 non-important things/habits/quirks about yourself.
4. Name 7 of your favorite blogs.
5. Send an email/comment on their blog letting them know they have been tagged.

1. I once swam the Lake Michigan Channel. I was an exchange student in Sheboygan, and my host family insisted that I participate with them in the Sheboygan Days festival, the highlight of which was the swim from Waukegan to Racine which commemorated the courage and aquatic skills of the original settlers of Sheboygan. I still have the commemorative medal somewhere. 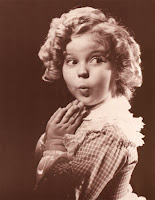 2. I was a passenger on a flight to South Texas when the flight crew became incapacitated by contaminated grenadine syrup in the in-flight “Shirley Temples”. I was headed South to visit my Grandparents on the farm when the flight crew got sick and one of the stewardesses had to land the plane. She miscalculated and we wound up in Matamoras. And me without my passport.

4. Although I backpacked around Europe for 6 months, I actually have fonder memories of a six-week “Populist Destinations” bus tour I took in 11th grade. Who knew there were so many William Jennings Bryan monuments in South and North Dakota, Iowa, Kansas, and Wisconsin? Go Greyhound! 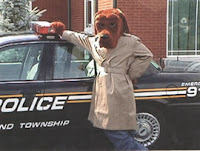 5. I was one of the kids on the MacGruff Crime float in the 4th of July Parade. I thought it was ironic that I was promoting safety while hurling hard candy into crowds of people but... oh well!

6. I make the best fried chicken in the State of Texas.

Email ThisBlogThis!Share to TwitterShare to FacebookShare to Pinterest
Labels: Memes