So after the washer was delivered (yeah!!!) and began proving it's worth, we got ready to host this month's Book Club. We read the first book in Hilda Van Stockum's series The Mitchells: Five for Victory. It was a great book to follow the one from last month, The Small War of Sergeant Donkey, because it allowed us to spend a little bit of time talking about the differences in the lives of the children in Italy during WWII vs. the lives of the children on the American homefront. I would highly recommend doing these two books together or back to back to anyway putting together a list for next year's book club.
We also spent some time talking about the references in the book that the children weren't familiar with like rationing, war bonds, war orphans and a basic WWII timeline. In discussing what life was like for the children in the book we also talked about the games that children played during the 1940's. 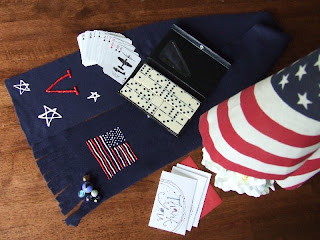 I showed them some dominoes and some airplane spotter cards and they participated in a rousing game of bun hole (marbles). 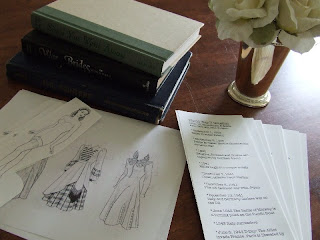 Some of the girls colored the paper dolls I printed out and most everyone decorated a scarf to send to the National WWII Museum. They distribute knitted and crocheted scarves to veterans. I contacted Lauren Handley, the director, who said that decorated fleece scarves would be just as appreciated. 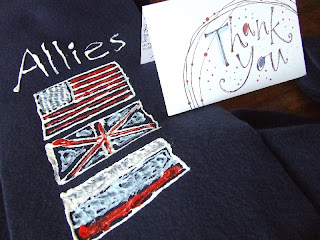 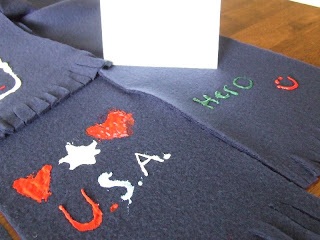 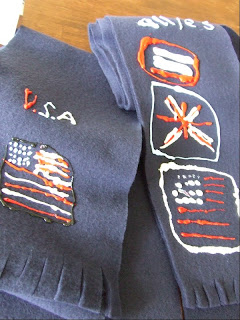 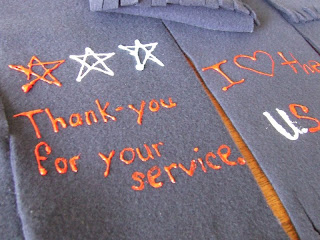 I let the children decorate them with fabric paints. They could decide to add fringe or not. Some of them even chose to send a thank you card along with their scarf to the veteran who receives it.
We perused some war posters I had printed out and talked about the slogans of the era, what they hoped to inspire in the hearts of those here in the states and how they were constant reminders of the reason why these sacrifices were being made. We also had WWII era music to help set the mood.
Use it all; Wear it out; Make it do; Go Without! 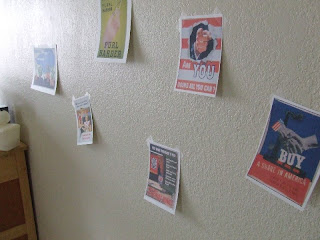 Then it was snack time and I had done my research! All WWII era foods some to look at and marvel over and some to taste! Babs brought two fabulous mock apple pies that were a huge hit amongst this skeptical crowd! I didn't get a picture of them once they arrived but they were gorgeous! 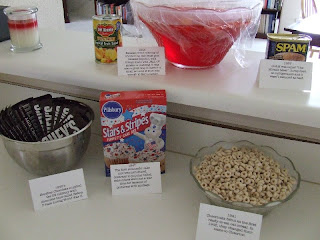 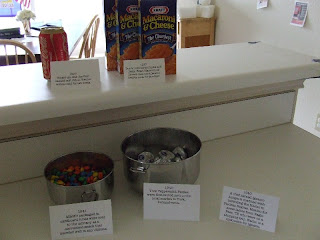 Also not pictured were the nachos, but if you click the picture, you should be able to read about their connection to the time period. Everyone contributed a little and what didn't get eaten will be donated to the local parish's food pantry.

So this month is done. Next month, we'll be reading Andries before continuing on with the sequels to Five for Victory. The kids decided they liked it so much they wanted to finish the series. I call that a huge success!