~Along the Alphabet Path with Bigboy, Michael and Mrs. Applebee~ 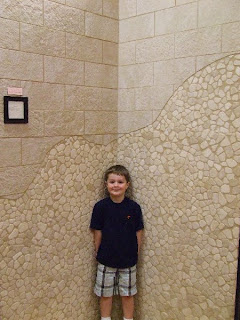 Well, due to our sudden bathroom emergency project we did spend an awful lot of time this week looking at sinks and faucets and tile and tubs. That counts as school, right? Ok... I'll be serious now.
Bells! 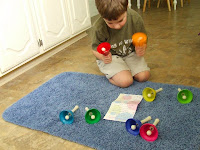 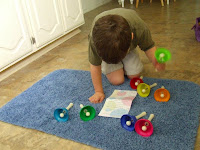 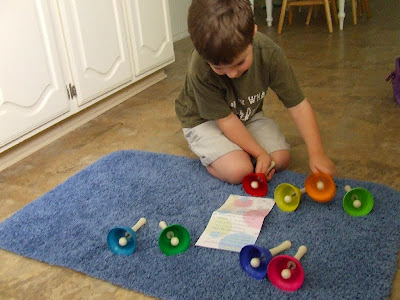 (I wanted to try finding little bugles to represent the Bugle Fairy, but thought bells would be easier on our ears. These 8 note hand bells were such a huge hit, I am now on the hunt for more music to go with them. Oh and you can find them for less than half that Amazon price at Hobby Lobby!) 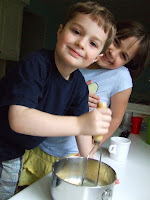 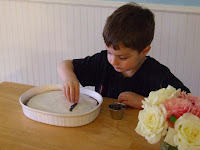 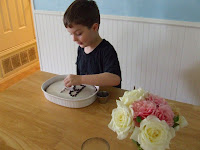 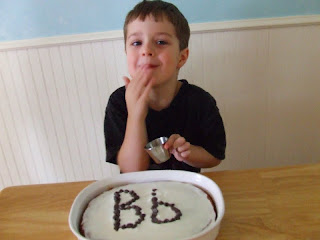 (the best part is eating the leftovers) 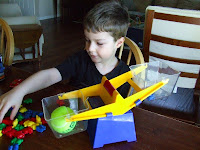 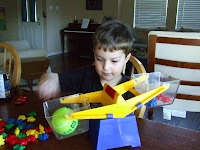 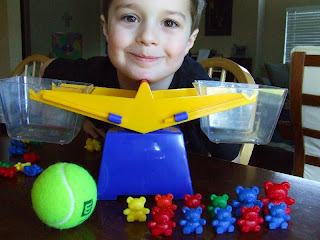 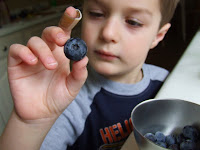 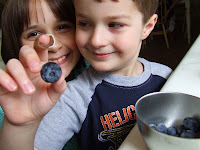 (sadly, my children don't like to eat them so he just measured them for me and I made a nice "goodbye summer, hello fall" crisp for Husband) 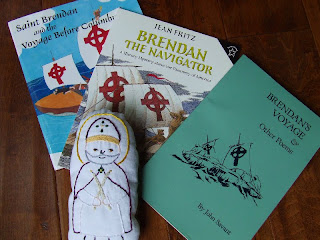 St. Brendan and the Voyage Before Columbus
St. Brendan the Navigator
Brendan's Voyage & Other Poems
(We have also been enjoying listening to this musical interpretation of Tim Severin's reproduction of St. Brendan's voyage. You can hear some of it on YouTube. Also, this song that tells the story of St. Brendan.) 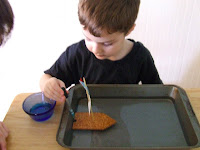 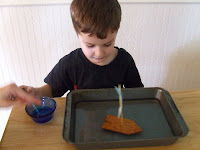 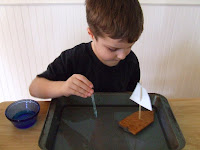 (This was a hit or miss experiment. Some of the boats we made moved and some didn't. It did give BigBoy a chance to practice his eye dropper skills.) 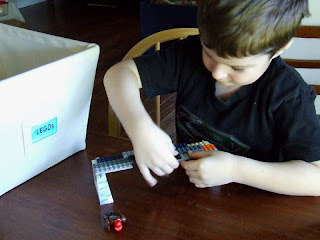 Inspired by this book, Bridges Are to Cross, which has a wonderful selection of bridges to look at including Pont Sant'Angelo in Rome and a sweet tribute to the rainbow as a heavenly bridge at the end, we made our own bridges out of Legos.