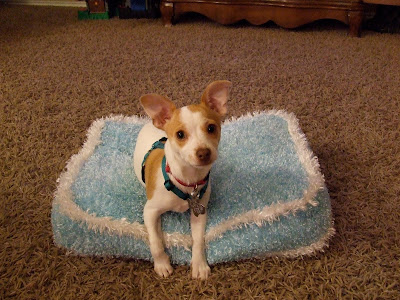 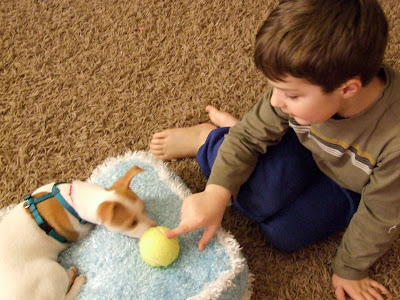 As you can see, even Bigboy loves her and isn't nearly as uncomfortable with her as he has been with other dogs. She is 6 pounds of rat terrier with some chihuahua mixed in. (In Australia, rat terriers are called mini-fox terriers which I think sounds so much nicer than rat terrier.)

We also decided to keep her shelter name. "James", the very nice man who has raised her from birth and brought her over tonight really liked the name and thought it suited her. We just didn't have the heart to change it.