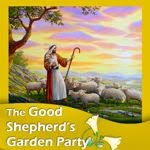 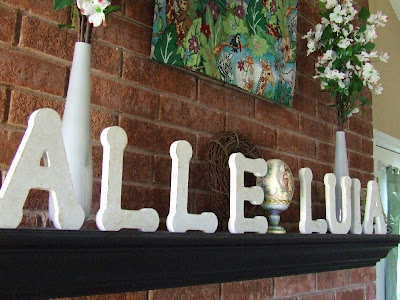 I originally intended to have our party tomorrow, but a last minute change of plans dictated that we have it tonight. Here is a quick peak at our spread with some closeups and notes following: 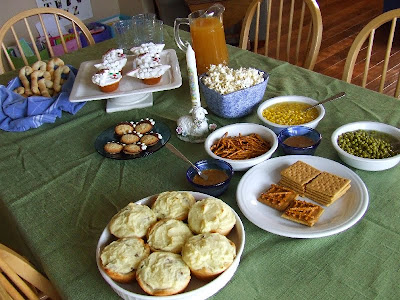 Please ignore the wrinkled tablecloth. I did.
First, a closeup of my new favorite Easter decoration... 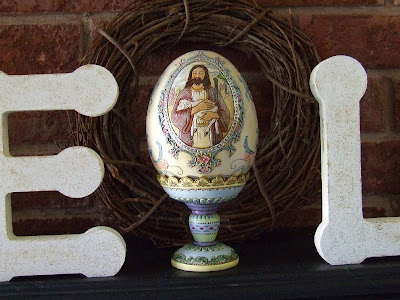 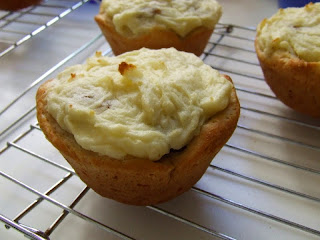 Delicious! I followed the recipe... sort of. I left out the ketchup and used sauteed onion, celery, bell pepper and green beans for my veggies. Also, ground turkey instead of ground beef. Since I accidentally purchased the large buttermilk biscuits, I made mine in ramekins.
Shepherd's Crooks 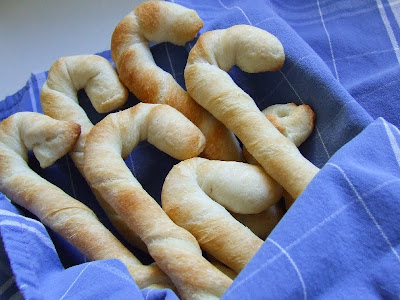 Popcorn Sheep in the Sheepfold 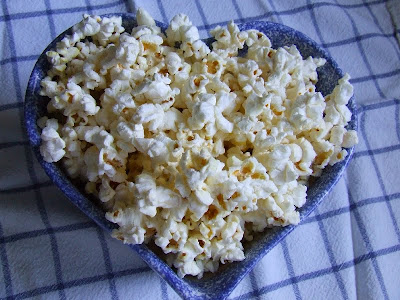 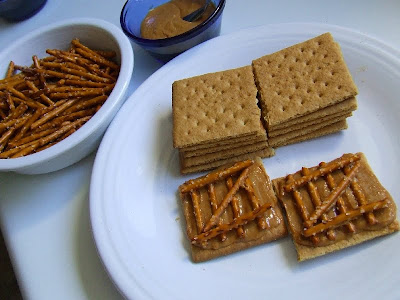 I let the kids assemble their own at the table. They really liked that!
Ewe and Ram Cupcakes 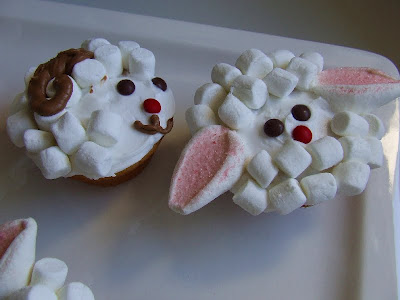 The rams were a last minute idea and I think they worked out alright. We used some caramel frosting we had on hand, but you could also use melted chocolate chips with a ziptop baggie for piping.
Wolf's Paw Cookies 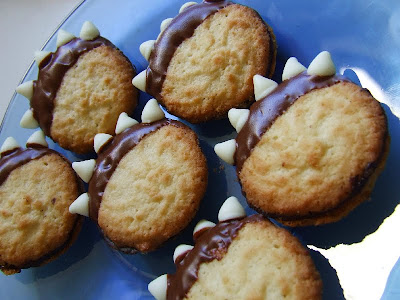 Still couldn't find the Voortman's cookies so we substituted with Pepperidge Farm Tahiti. A hint... dip them, add the white chips and then pop them in the freezer to set up quickly.
The Lambswool punch can be seen in the pitcher in the top picture. It was very tasty and refreshing!

Don't forget to share your parties with all of us over at Catholic Cuisine on Monday!

Email ThisBlogThis!Share to TwitterShare to FacebookShare to Pinterest
Labels: Garden of the Good Shepherd