Lord of the Rings Thirteen!

I can't say that having an actual teenager in the house feels any different today than yesterday. The Professor has been taller than me for quite a while now and has been working on a voice that's even deeper than Husband's. It feels like he's been a teenager for months, but today, it was official!
Since this is probably his last year to have a full blown themed celebration, we tried to go out with a bang, or rather, a clang! 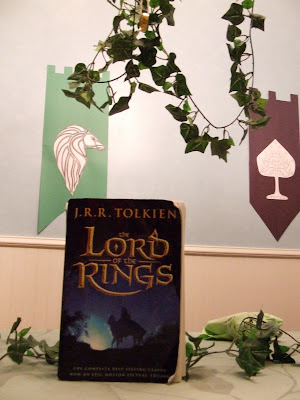 When he said he wanted a Lord of the Rings

theme, I panicked. You see, it has been ages since I read those books and he has never seen the movies so I couldn't really take my inspiration from there. Thankfully, some dear friends answered my call for help with a ton of really great ideas that got my creative juices flowing. Thank you, you elvish-loving kindred spirits!
Some of our attempts to bring the lands of Middle Earth to our dining room included ivy garland recycled from many other birthdays but most recently, The Secret Garden. 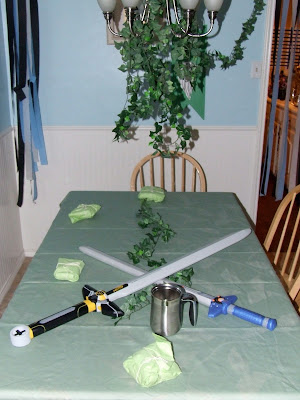 The Nerf swords were not just decoration as they were battled with whenever there was a break in the day and some Legolas target practice happened in the afternoon with a bow and foam arrow set out in the garage.
A Gandalf sized walking stick and hat (which was one of my sun hats covered in greyish fabric) was a must! 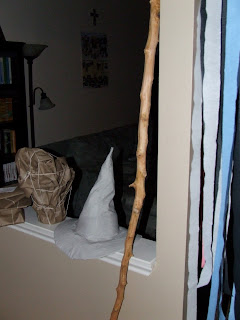 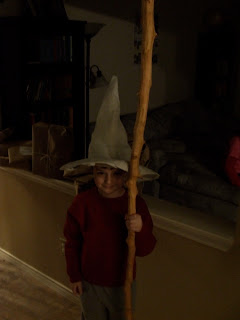 Banners with the White Tree of Gondor and the flags of Rohan flanked by columns of streamers were easy to make. I wish I had had enough fabric scraps to make them flowy instead of papery. 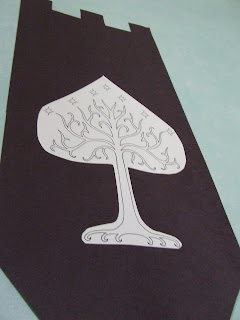 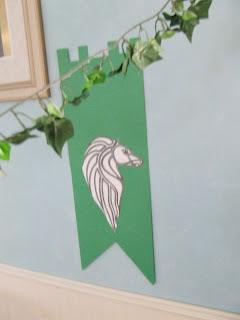 In keeping with our new tradition of theme oriented banners, this one was made using one of these fantastical fonts! (Thank you, Kimberlee et all!) 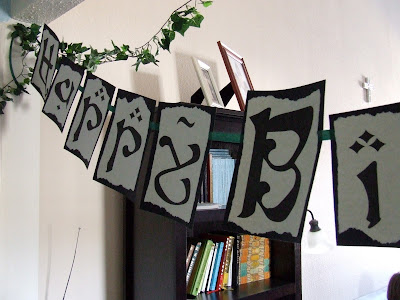 And of course... the One Ring! 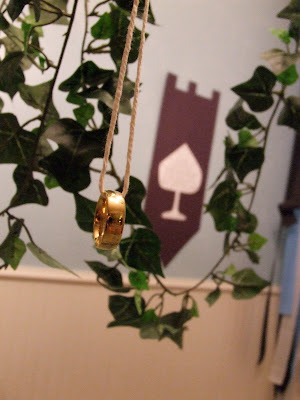 Presents were wrapped in brown paper tied with string, with elvish lettering.
Easiest wrapping job EVER! 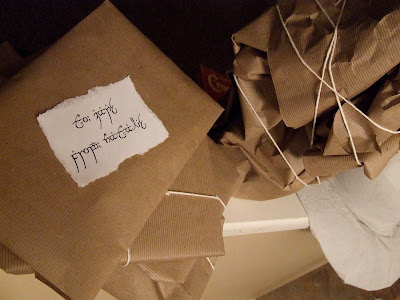 We fortified ourselves with Lembas wrapped in napkin leaves at the break of day before we set out on our quest of fun and birthday adventure, aka... a trip to the book store! 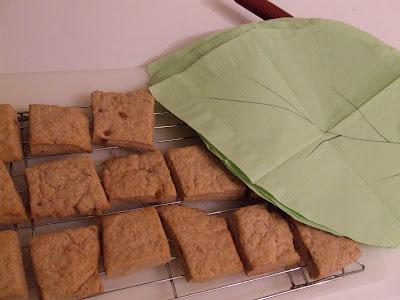 The tankard is a travel mug

from our cabinet. I had hoped to make more with coffee mugs and tin foil but ran out of time. We let the birthday boy have the one tankard to fill them all! 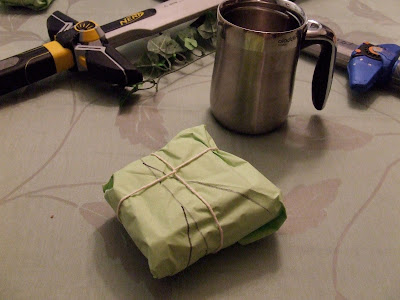 Dinner was a feast of grilled meats and vegetables according to the birthday boy's delight followed by a decadent Chocolate Pecan Pie (also his request; recipe forthcoming)! 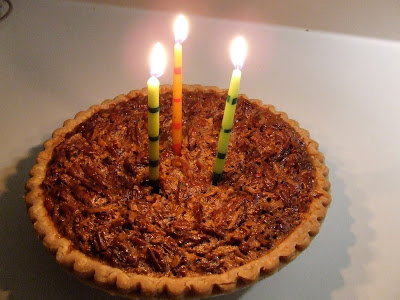 While I silently pondered this grown-up young man and his new taste in grown-up desserts, he blew the candles out on a day filled with fantasy and wonder. 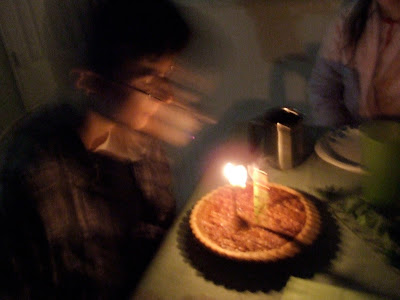