When you have an older brother as cool as this guy, it only makes sense that a little brother would want to follow in his footsteps. BigBoy has been planning his LEGO birthday ever since The Professor had one last year. Thankfully, Jessica's creativity helped infuse our party with a little "new life" so it didn't feel like a total repeat!
His banner... 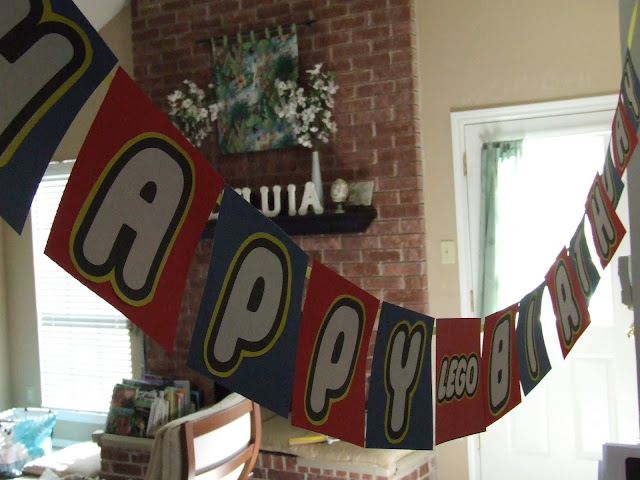 ...and table settings with #7 wall decor. 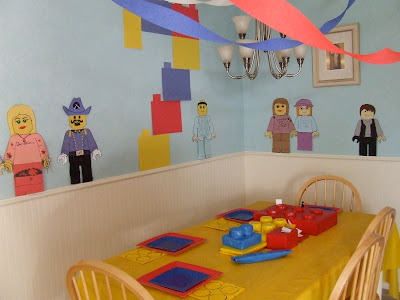 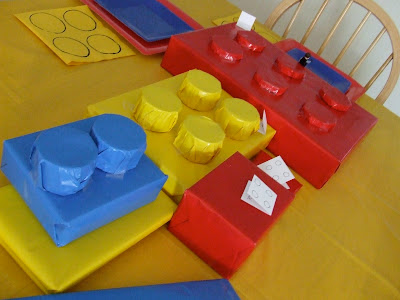 I used this ice cube tray

as a candy mold to make little bags of treats but sadly, because of his hurt neck, the Birthday Boy wasn't interested in many of my planned festivities so we'll hang on to them until he feels better. We wanted to make Jessica's LEGO pops, too but will save those for another day. 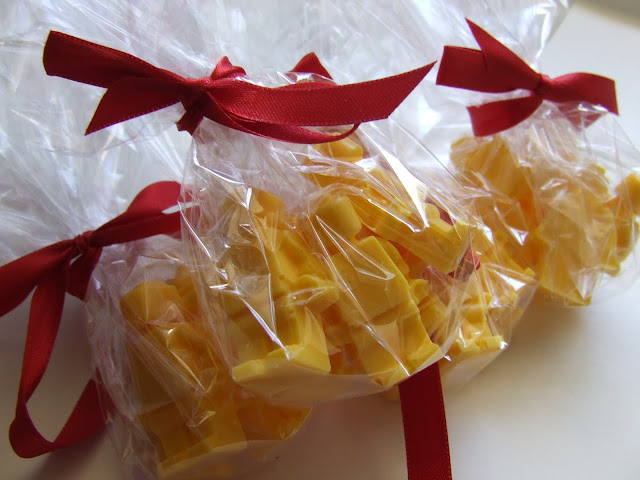 While he was with Daddy at the doctor, the older kids added some new paper minifigures to the party using the templates I made last year.
His cake was a Lethal Peppermint Chocolate Cake with Mint Buttercream filling and Mint Ganache frosting, just like his big brother had. (I totally recommend substituting chopped Andes mints for the candy cane, btw.) The Professor put together the little scene on top ala one of their favorite blogs, a LEGO a day! The Samurai and the Roman Warrior are holding a banner that says Happy Birthday, BigBoy, but with his real name (because my kids really do have real names in real life)!
I hope Mr Phelps knows how much his pictures have inspired their creativity. 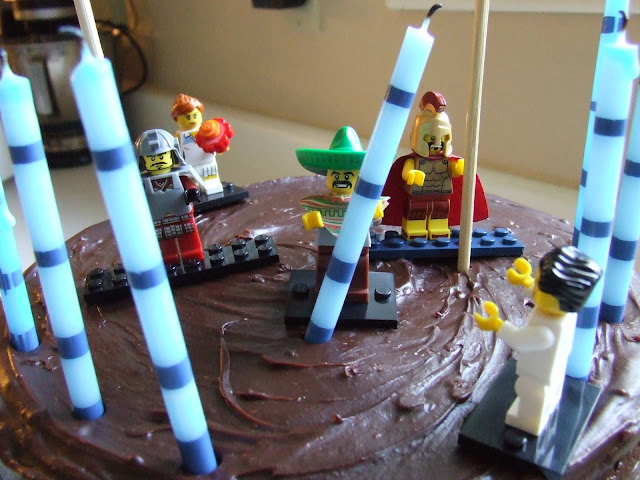 All in all, BigBoy had a good day. He has been so brave dealing with his neck strain especially while mommy was not being so brave and crying all over him. When he is fully recovered, we plan to continue the party. Heck, we might just leave the decorations up until then!