The favor of your opinion is requested...

I'm trying to figure out colors for Cupcake's room and I keep leaning towards black, white and bright blue. But we know she's a girl, or atleast have a pretty good idea that she is, so doesn't that mean I have to use pink? (I know medical technology isn't perfect but two separate perinatologists have determined on two separate occasions that this baby doesn't have boy parts so we are going with that.)

I am not into the baby bedding sets you can buy pre-packaged. Most of those sets come with a quilt that is dangerous to use with a baby and I'm not comfortable with the whole bumper pad thing for an infant (whether it's a suffocation hazard or not is still a debate it seems) so our crib bedding will probably consist of a homemade skirt and an assortment of white sheets (I think I have some pale pink ones too). But then I look at the sweet little dolly we have sitting on the bookshelf  because I know she's not going to play with it for a long while and I find myself drawn to the idea of a tiny black and white theme accented with that bright aqua blue and maybe some pink and I wonder if that's just too funky. What do you think?

If I were to go whole hog with this theme, I'm thinking creamy white (not too bright white) walls with black accents like letters, frames and shelves: 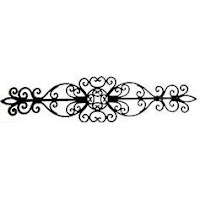 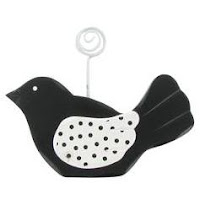 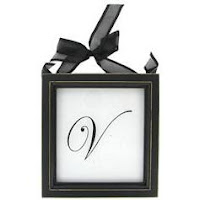 a black and white crib skirt in a pretty floral pattern like this: 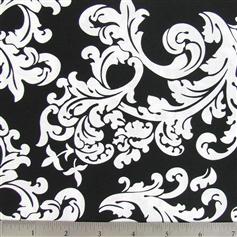 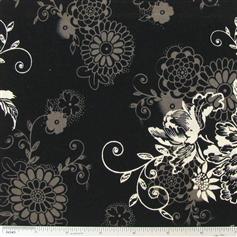 Little accents of that same bright aqua blue would sit here and there. Maybe the background paper of that initial framed above, or in the colors of a mobile... maybe bright blue raindrops with a pink umbrella like this one I found on Etsy. I think I could make it myself and hang it from the ceiling. I like the idea of a paper mobile that moves and sways in a gentle breeze. (Everything I have shown here, with the exception of the curtains, is just an idea for something I think I could make.)

It seems like everywhere you go, pink is for girls and blue is for boys but I already have a daughter who has claimed pink and another daughter who claims purple as her "signature color" and for some reason, maybe it's the impending sultry summer months, but this bright blue is speaking to me. However it irritates me when people assume a baby is the wrong gender. What do you think? Does the blue make it look too boyish?