Like Jessica's family we find ourselves making different plans for our All Hallows Eve party this year. It's going to be just us, but I like to think we are enough for a party by ourselves!

Instead of our traditional carnival style games, this year we are focusing on games we can play just as a family. I've already made a family saints version of Guess Who just like Monica did here. (I made my own template which meant that I could also make an American Girl version and a LEGO minifigure version to tide the kids over until Monday.) 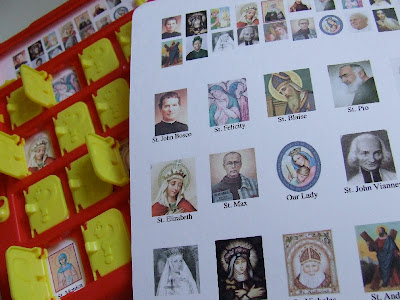 and we are looking forward to figuring out how to play it.

Lastly, we are going to attempt a sainted version of Scattergories

that I made for the kids and a Saintly Scavenger Hunt. I've never played Scattergories except for this demo version online but I made up lists of Catholic categories using some from the Catholic Edition

and some of my own. 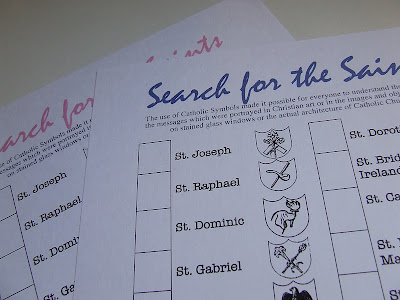 The Scavenger Hunt is super simple. It's a list of saints and each team has to locate something that could represent that saint based on the stories they have learned about them. They don't have to choose traditional symbols but they must be able to justify their choices if asked to. You can download my list here.

Along with carving pumpkins and toasting things over the fire pit, it promises to be an evening of family fun!