A Birthday in Review

The Professor had a great day yesterday even though it was decidedly more low key than years past. We can do simple. As I mentioned, he didn't want a themed party but Sean and I still wanted to decorate something special for him, so we pulled out of the party box anything that reminded him of one of his past birthdays. A Lord of The Rings banner, Lego minifigs, a Cars tablecloth that had gone unused, a NASCAR Racers display and the Ranger's Apprentice centerpiece I made for him. (Yes, I have an under-the-bed sized party box of past decorations that I save, but I try to limit it to only those things that will store flat.) 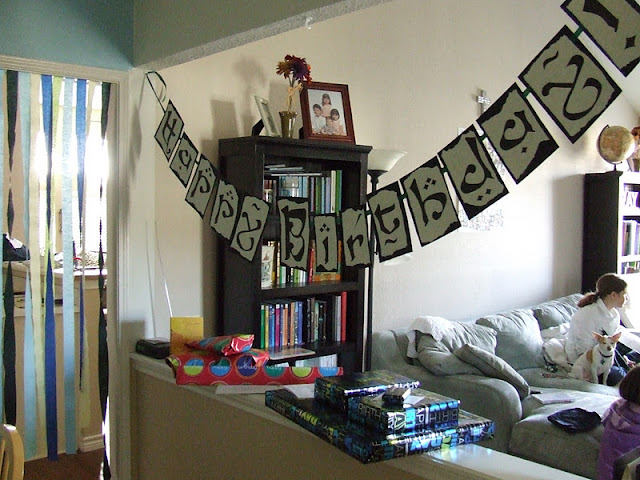 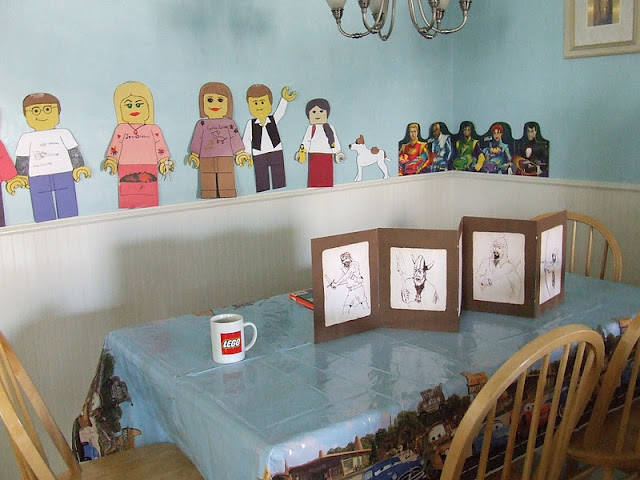 He was surprised. I think I've been inspired to put together a little book for him of his birthday celebrations, I just need to scan in the non-digital pictures.
He received some fun presents from us and relatives. He absolutely loved Civilization IV ( for Mac)! Sean teased him that his Homeschool Heartthrob quotient increased by a factor of ten when he celebrated loudly, "Yes! I got a Christian Missionary!! Whoo hoo!" 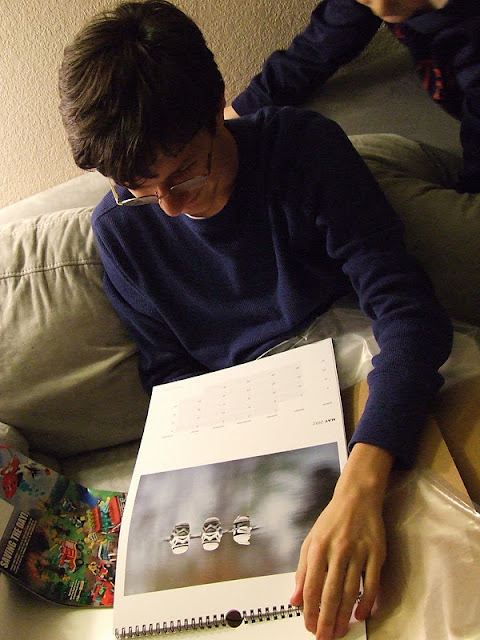 His other big surprise... a calendar featuring the fabulous artwork of Mr. Dan Phelps at LEGO a Day!
He also was surprised by and ultimately loved this LEGO® Architecture Brandenburg Gate

. Something he was reading inspired a conversation not long ago about the Brandenburg Gate and we spent some time looking at the pictures I took when I was in Berlin. He thought it was cool that I had been right there at this foreign place he had just read about. 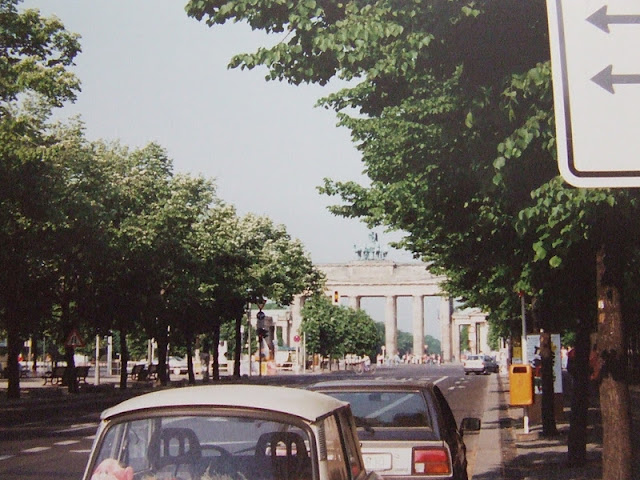 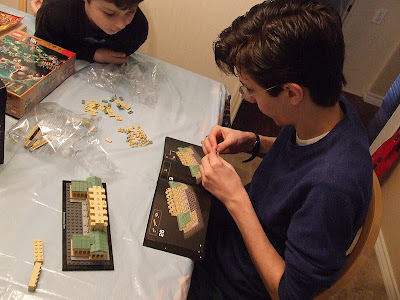 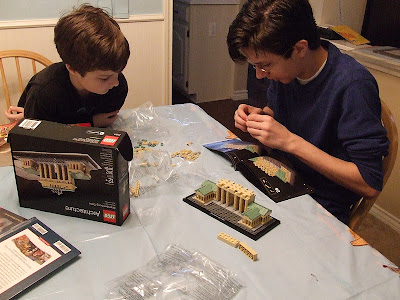 And when he finally cracked into the set, he said it was the coolest set he'd ever put together! High praise indeed!
The dessert? Eh. It was OK. It tasted good, but the edges really stuck and it didn't come out of the springform pan I baked it in very easily so it wasn't really that pretty. Like he cared! I know, but I did. Here are some pictures proving that it's all in the perspective...