If you've been a reader of this blog long enough, you might remember this post, the first of our themed birthday posts, in which Sunshine received a homemade Waldorf doll to complement the Cutie Beautie that Shortcake loves. It's hard to tell from the pictures, but Cutie Beautie's hair was very thin and hot glued onto her head. When I originally made that dolly, I didn't know how to do the hair and this was in the era before Youtube. You know, back when dinosaurs roamed the internet. Anyway, I did the best I could which was pretty pitiful and hoped that someday I'd get the chance to redo it. Well, that day was yesterday!

Shortcake was really scared that Cutie Beautie would look different and it took a couple of tries before I got her stamp of approval. I followed this tutorial and made adjustments to make her look like her old self, just with new hair exactly the same color as the old. Here is the finished look. 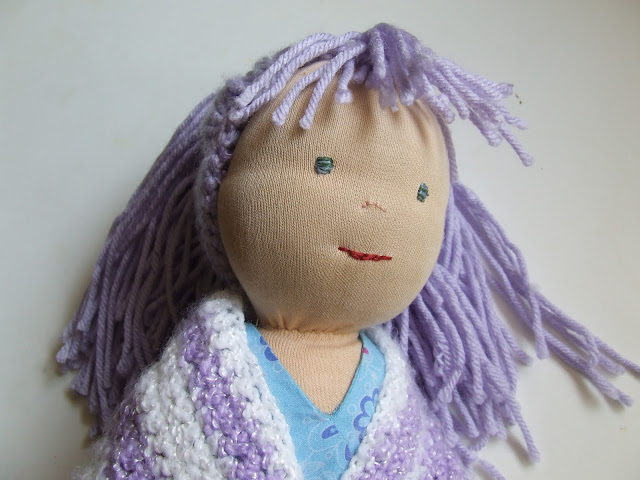 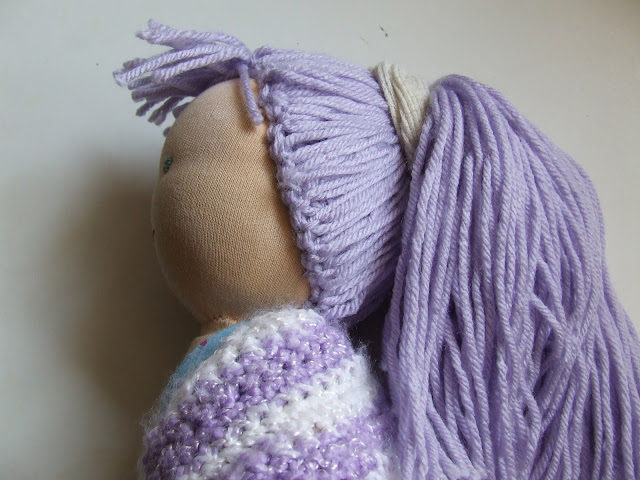 Wow, those kind of look like mug shots. Oh well. Here is my new dilemna. I can't find the doll kit that I used to make both of these dolls. I don't think it's being sold anymore. I want to make a doll for Cupcake, maybe for Christmas. I think I still have the pattern somewhere but I would need to hunt for skin fabric and wool stuffing. 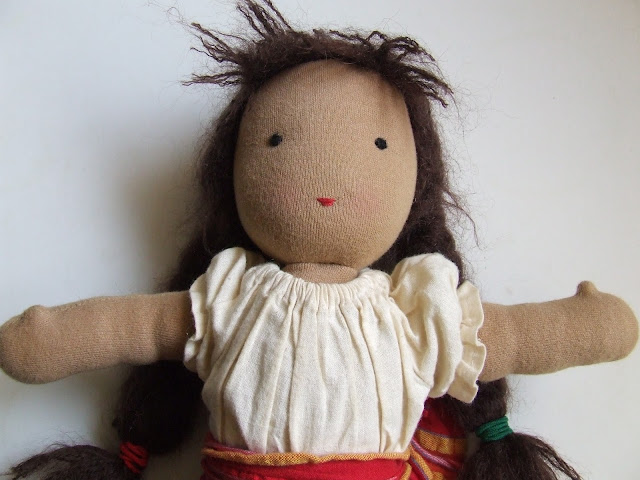 I have this doll that my big girls have been saving for their baby sister. It was a Christmas gift from long ago. They only play with their special mom-made dollies now and have set most of their other dollies aside. (Secretly wiping away tears of remember when...) I like the look of this dolly but being an actual Waldorf doll and not a homemade one, her hair is  mohair I think and really fuzzy and very easily pulled out in clumps of fuzz so much that I don't feel comfortable giving it to Cupcake just yet. I don't want my baby coughing up a hair ball. So my question is, should I save it for her for when she's older, maybe 3 or so or should I attempt another transplant? She's also a little overstuffed for my girls' taste. They like their dollies squishable so I think I would also try to remove some of her stuffing. 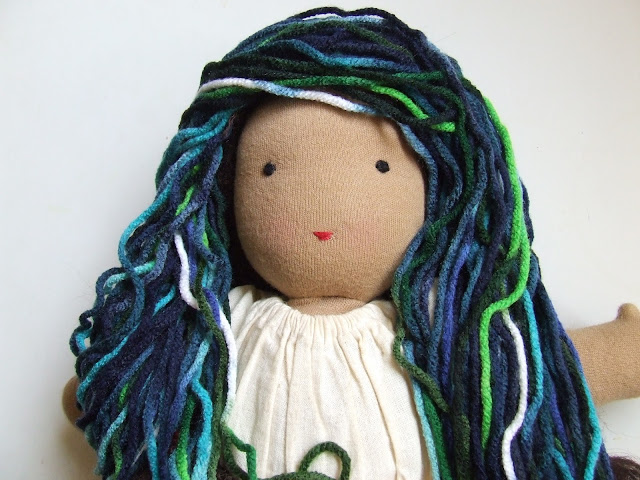 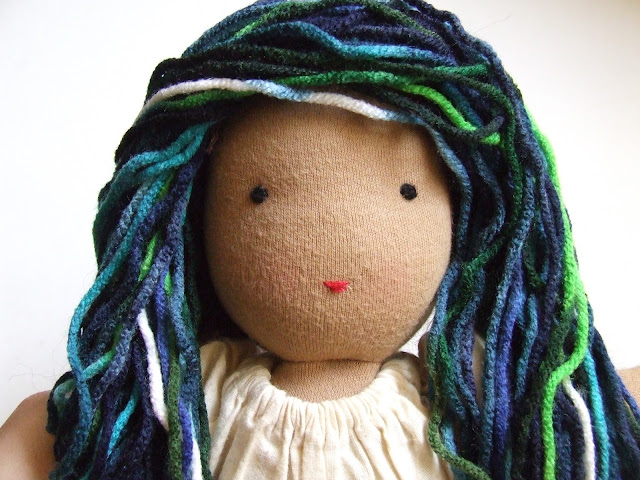 Inspired by this beautiful doll on Etsy, I took these pictures of the doll with some yarn that I thought was fun and kind of funky laid over her hair just to get a feel for what it might look like. We all agree that she looks cute both ways and can't decide what to do, so here's where you get to tell us what you think!

Leave her as she is and make a new one or use what we've got and give her a make over?