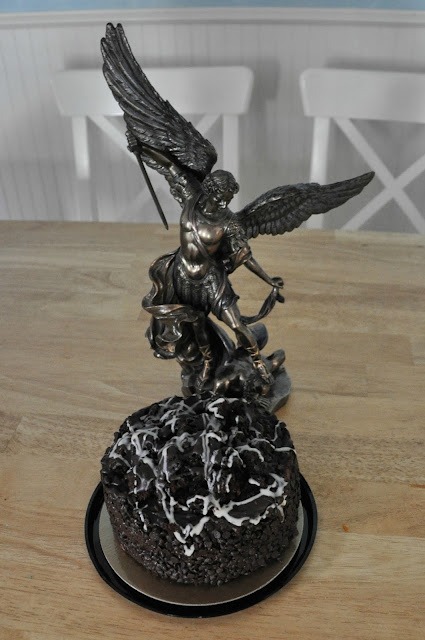 I had some plans for today's feast, The Feast of St. Michael (The Professor's confirmation name saint and personal patron), that included trying to make a pull string pinata out of a paper bag but God made it aware that other plans were more important. So, my simple celebration today included picking up a small pre-made cake piled high with brownies and frosting creating the look of a mount... we called it
our Mont Saint-Michel cake. 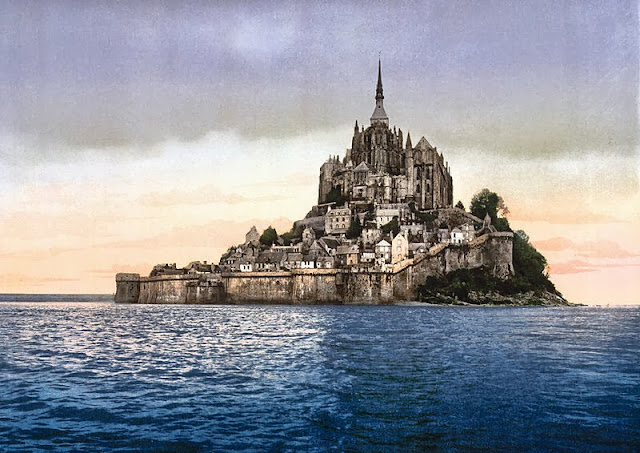 The Professor helped pick it out. We also took some time to check out the real Mont Saint-Michel and told everyone the legend behind the famous Abbey. Apparently, if you are a bishop and St. Michael comes to you in a dream, you better pay attention because you don't want him to poke you in the head (and burn a hole in your skull)! 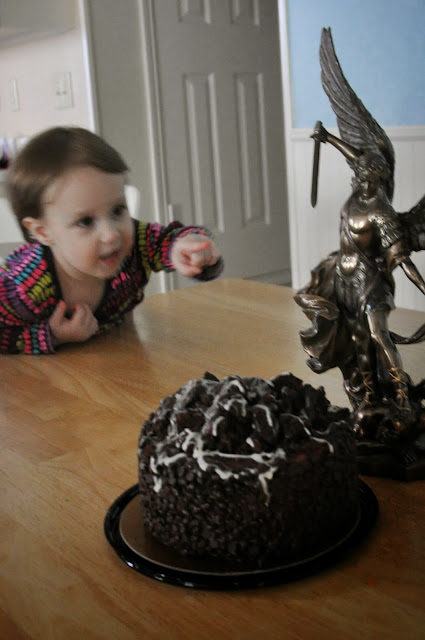 Not a great picture but Cupcake was so excited! And you can see the mounded top better. 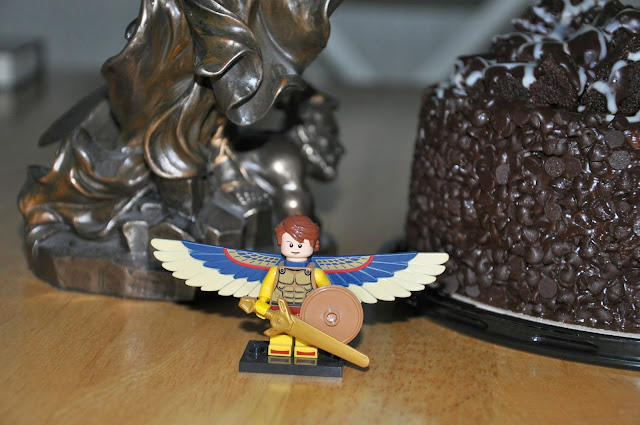 The Professor also let us borrow his custom designed St. Michael mini-figure...because he's awesome like that!