I can make chicken broth in my sleep!

That sounds like some sort of weird domestic boast, but I mean it quite literally. I made chicken broth overnight in the crockpot while I slept! Whoo hoo!!! 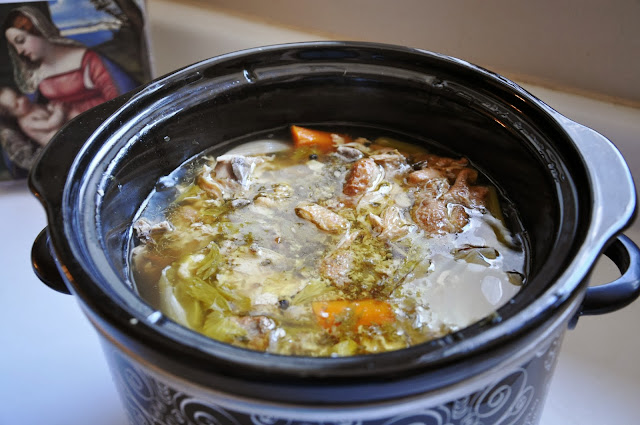 I've heard about people making it this way, but this is the first time I've ever tried it. I followed this recipe except for using parsley instead of basil and adding a bay leaf and some peppercorns in the last few hours. Also, I used about 2 chicken carcasses I has saved and I left the skin on my onion quarters. That makes the broth a deeper golden yellow. (I learned that from all the natural Easter egg dyeing I've done.) 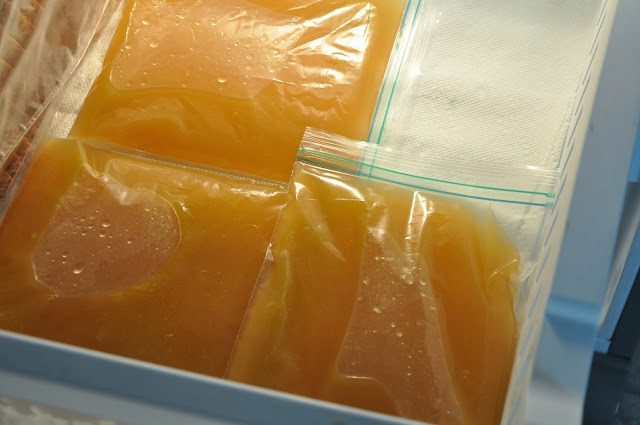 It was really good and so much better for you than the boxed stuff or the cubed stuff (which I admit, I will use in a pinch, I just hate myself later). I used it yesterday to make some Butternut Squash Soup. I used my small crockpot and the recipe yielded about 6 cups of stock. I might try doubling it in my big crockpot especially next summer when the house is too hot to have a pot simmering all day but I want to start stocking up on my stock (hah hah).