Hey there! My mom is visiting in town right now so I'm going to make these brief, well…brief for me, that is. First up in this British themed WWRW is… 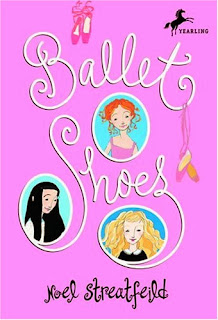 This is our Book Club 9-1-1 book for November. Did I mention that our book club is made up of 7 boys and only 3 little girls? I've been hearing from some moms that the pink factor of that cover was almost too much for some of the boys but they persevered like the brave young men I know they are! It wasn't originally published with that cover of course. Although, I don't know that these are really any better… 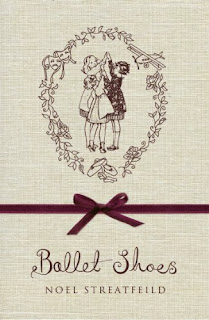 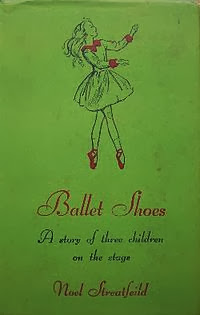 Never judge a book by it's cover, okay boys? If you don't know the story of Ballet Shoes, it's a wonderful piece of historical fiction set in England in the late 1920's and is considered one of the best glimpses inside what life was like for child performers on the stage at that time. It tells the story of three little girls who are adopted by a rather eccentric gentleman and given to his great niece and her nurse, Nana, to raise because he thought "all women liked babies". He then disappears for a lengthy adventure and the women have to provide for and educate the girls and take care of the house and themselves not knowing when or if he will ever return. It's wonderfully rich with historical references that could be used for any number of rabbit hole adventures, which is what I was counting on when I brainstormed book club ideas. I'll post how it goes later. 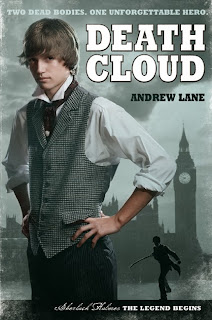 Lissa posted a link to a review of this series on FB and as soon as I read about it, I knew The Professor, lover of all things Sherlock related, would want to read it. It's a series that explores Sherlock Holmes' teen years. In this first book, he is 14 and is forced to spend the summer living with an aunt and uncle he's never met thinking that he's in for a summer of boredom when surprisingly, he makes a friend (no, it's not a pimply face Watson), acquires a tutor and stumbles across a dead body in the woods. Well, this summer just got interesting! Psssssst... he meets a girl too. The Professor has read just about all of the Sherlock mysteries and he's even enjoyed watching some of the rebooted Sherlock series with me. (No, he's not seen THAT episode.) He's a stickler for not violating canon unless it's for a really good   reason so we'll see what he thinks of this series and the addition of Sherlock's older sister.

I previewed Death Cloud {affiliate link} and was fairly impressed. I found one aspect of the ending a bit hard to believe, it just seemed too improbable, but I think it's definitely an easy read and a fun story, if you are willing to suspend your disbelief just a tad. I will leave him to critique whether or not Mr. Lane captured Conan Doyle's Sherlock as a young man or not but it is the first young adult series to be endorsed by the Sir Arthur Conan Doyle estate, so they must have liked it. So far, he says it's seems accurate and he's already recognized a name that was mentioned as one of Sherlock's early cases. Seems like Mr. Lane did his homework! I'm not sure the cover art designer did though. I had no idea Justin Bieber hair was popular in the 1860's.

This series is targeting young adults, so there is a bit of a romance blossoming in this first book but nothing that would be inappropriate for a younger reader. I'd recommend 12 and up only because of the scenes of peril and, you know, the dead body stuff.