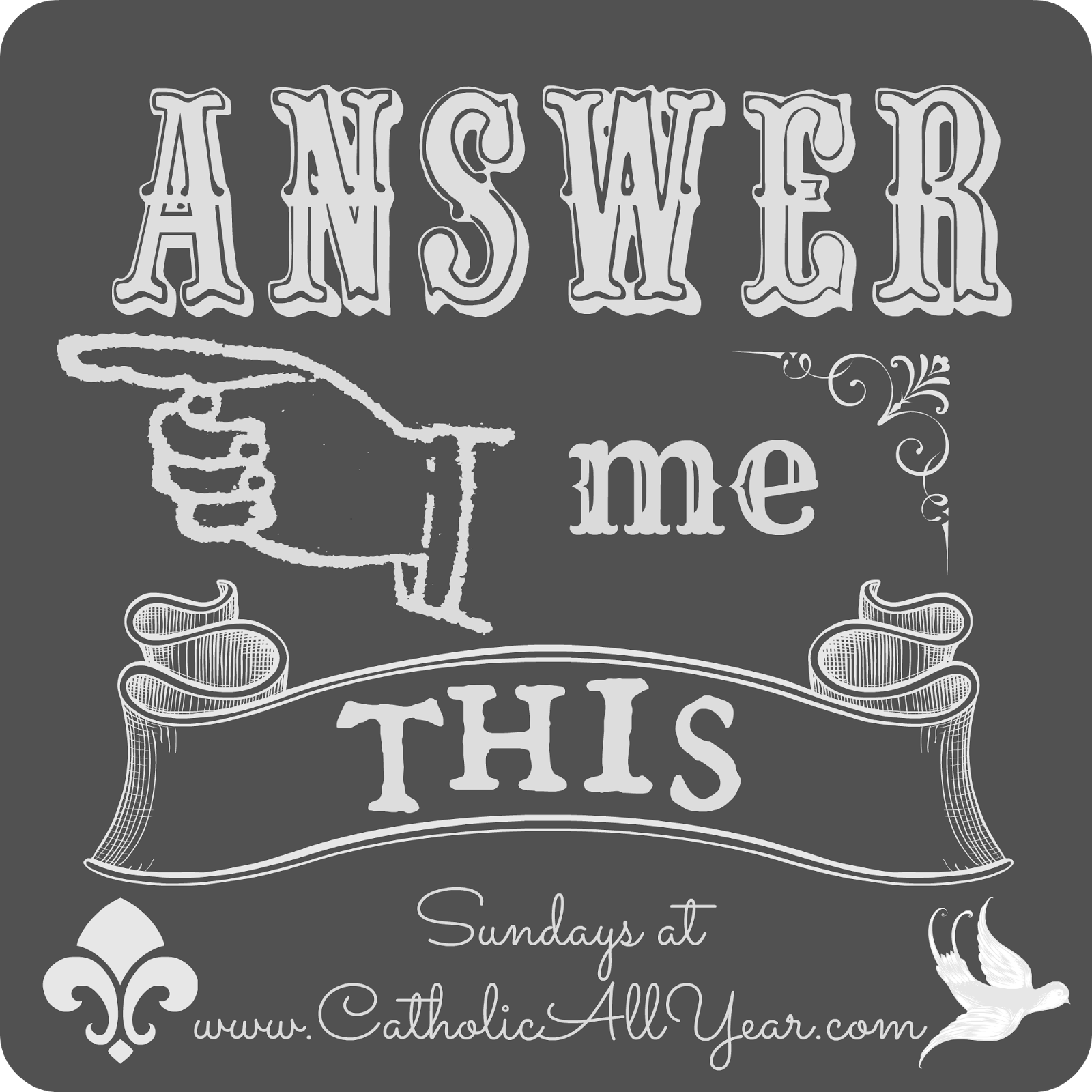 {Because apparently, I am on a link-up roll!!!}

Who could resist this clever graphic that Kendra came up with? I've been poking around her blog reading some of her popular posts and getting to know her better (since we are sisters in grey-haired arms) and saw that she's got a fun little link-up thing going on. So, here goes…

1. What's for dinner?
Tonight… Grilled Teriyaki Pork Tenderloin with steamed green beans and new potatoes. My husband is doing the grilling, I'm doing the steaming and the kids are decorating a ginormous chocolate chip cookie for dessert (Husband made that too!). Happy Mother's Day to me!!!

2. What's the last thing you borrowed from someone?
Books from the library? Does that count? Honestly, I can't think of anything recently. We love to loan people things, but rarely borrow stuff ourselves. Maybe a tool from the next door neighbor?

3. What is your favorite prayer?
My favorite... as in the one that speaks most to my heart? Not sure I can answer that one briefly. The Divine Mercy Chaplet would definitely be a contender. But my favorite go to prayer when someone says, "Please pray for me!" would be the Memorare. I've been known to set an alarm on my phone for 9 hours in order to pray it as an emergency novena for some serious intention. Kendra, feel free to set your Picmonkey loose all over that one when you get home! My favorite colors are blues and greens. {Hint hint.}

4. What is the oldest thing in your house?
Probably a book. I have a copy of the New Testament in side by side Greek and English that is dated 1899. It was my father's great uncle's. (Baptist preachers run long on that side of the family.) Not as old as that Bible, but still pretty old is a relic card from St. Dominc Savio when he was declared blessed sometime in the 1930s. It actually says "Beati Domenici Savio". And I have an original funeral card from my great grandmother's death dated 1926.

5. What's the best concert you ever attended?
Like Kendra, I haven't been to too many concerts. A couple in connection with the rodeo like Kathy Mattea and Amy Grant. James Taylor when he played at Sea World in San Antonio. The Charlie Daniels Band with my Dad and husband only a few years ago (my dad made us go with him but it turned out to be really fun). They were ok. But some of the best concerts I've been to have been amateur ones that took place mostly on my college campus. There was a group of alum mixed with some current students who played old Irish music down in The Rathskeller in lively, modern ways while still maintaining some of the sounds and influences of the ancient instruments. They called themselves Dunphy's Corner (sp?) first and then later renamed the group, Drowsy Maggie. I heard from a friend that they are now The Killdares and are actually doing quite well in the local music scene. The founder of the group is still with them even though their other members have changed, I think. My favorite rendition of the song Waltzing Matilda was theirs. Not the funeral like dirge that you normally here. This one was peppy and lively and just a little bit jazzy too. I'd love to find a copy to play for my kids just so they can hear it.

6. Do you have a nickname?
Nope. My mom chose my name hoping that I never would have a nickname. She is named Margaret and has been called everything from Mags to Margie to Peggy (weird, I know). She chose Charlotte for me to honor my sweet aunt/godmother who passed away when I was only a month old and fought hard to keep me from ever being a Lottie or a Charlie. Some relatives of my Dad tried to call me "Charlie"; she shut that down. For a brief time in high school a couple of friends called me "Chuck" but that ended after graduation. One sweet old man that I used to volunteer with said that when he was a young man, all the girls named Charlotte went by "Chauncy" so I let him call me that for the few months we worked together. Other than that, I've always been Charlotte or CharlotteMarie to my dad's family, but that's not a nickname, that's just a Texas thing.

This was fun! Thanks for giving me something to do while my family kicked me out of the kitchen for the day. Happy Mother's Day to all the physical and spiritual mothers who might stop by today.