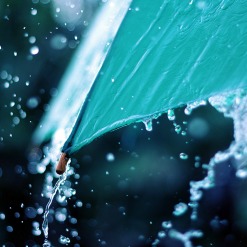 So, the whole *Cutesy Nickname debate came to a head in my house this past weekend when I decided to sit down with my big kids and ask them what they thought. Cuz' you know... at 16, 14 and 13… they are allowed and encouraged to have their own say and express their own thoughts.

Most everyone, including the almost 10 year old, were totally fine with their nicknames and even liked them. When offered the option to use their real name or a fake name that sounds like a real name or even their confirmation name, they all declined. Anyone who knows my oldest son, knows that "The Professor" really is who he is. It's far from "cutesy"… it's reality. The boy studies weather maps, has his own weather radio, reads Latin for fun, has a map of Middle Earth on his bedroom wall and has read every book in our house at least twice, I'm sure. 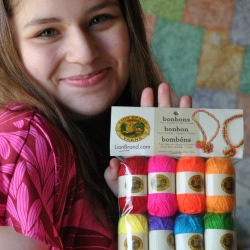 My youngest son stated that he was quite proud to be called Bigboy since he sincerely hopes to someday be taller than his 5'11" older brother. He thinks being the biggest baby I birthed (weighing in at 8lbs. 9oz.) is proof of that inevitability. I think he's well on his way. Sunshine's life, like any teenage girl, is not always "sunshine and roses" but she tries to have a sunny disposition and can usually be placated with chocolate and yarn when the hormones get tough. See?---------->

Shortcake is the only one who said that she feels like maybe she's outgrown that name. (Truth be told, she was the one I struggled with the most when first coming up with nicknames.) She still likes it because of the spunky quality she thinks it imbues, but she'd like to change her name to something that suits her personality a little more now and one that compliments "Sunshine" too. Those two are as close as twins, I tell you (even though they can be as different as night and day)!

So from here on, "Shortcake" will be called "Rain". Personally, I love it! Sunshine and Rain. If you know my two girls at all, you know that Sunshine really is a beam of sunshine and light. And Rain, well, she likes things a little mysterious and broody… just like a cold rainy day.

To those of you who are "change resistant" and think that it's just gonna be too hard to make the switch, I'm sorry, but this is one of those times when I have to go with my child's wishes.

To the people who are still uber-concerned about safety and privacy... I get it. Those of us who can't help but be plagued by all the "what ifs" regarding our children's safety and security would love to be able to just let that go, but it's so ingrained; it's part of who we are. It's kind of the way God made us. (I'm betting most of you are oldest children too, am I right?) And if you aren't that kind of person, but you are doing it because of your spouse's wishes, then God bless you! What a wonderful sign of respect.

To the people who said that using real names meant they were more careful about the things that they shared about their children, good for you! I see nothing wrong with anyone using their child's real name. It's simply a matter of preference. Even though I use nicknames, I always ask my children if it's OK to post what I post. I'm very considerate of their wishes. My older three regularly read my blog and have even started commenting sometimes so I really have to give them fair consideration. We all have our reasons for doing what we do.

To the people who just can't bring themselves to type these "cutesy names" in a comment box, feel free to refer to my children by their ages. Or "your daughter" or "your son". I'm smart enough to figure out who you are talking about. ;)

*If you are using cutesy in your head and it sounds more like an insult than just an adjective, you might want to reevaluate that. What you consider "cutesy" might be something she's conceded to out of love for someone else and that should be commended. It also tends to build a box around someone and label them. I hate to be put in a box. Cutesy is in the eye of the beholder and what you might consider gooey or saccharine sweet might be something your fellow blogging Catholic mama loves. It's all good, right?