Last month, our book club read The Prairie Thief by Melissa Wiley. It was enjoyed by just about everyone in our 9-11 age group and provided plentiful opportunity for discussion. Most of our books this year have been historical fiction. Working on this genre for a while, The Prairie Thief gave us an opportunity to discuss the research aspect of a piece of historical fiction. How important research is, how an author might go about doing that research, etc…. If you have a book club or just want to see my talking points to use with your own kids, I'm including them in pdf form below: 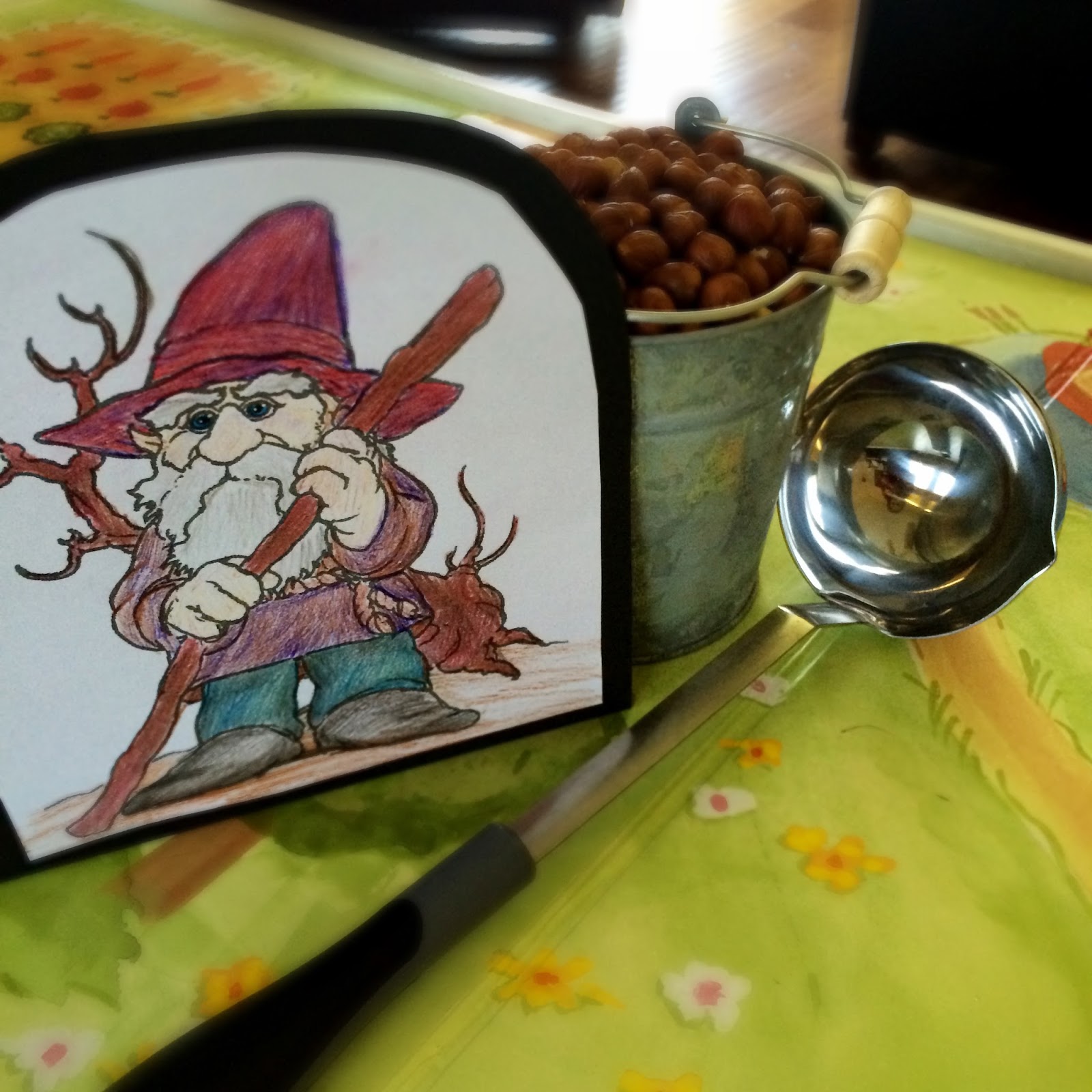 So, we began with a pail full of hazelnuts (not really full… hazelnuts are expensive!!!), a ladle (just in case anyone got out of line… wink wink!) and a colorful little brownie (I did not draw him…just found him here and colored him in).

We started first with our discussion. I might have pulled a string or two and surprised the kids with a video greeting from the authoress herself! I heard from one mom that her son said that video made this the BEST book club meeting of the whole year! (All I can say is that is pays off to rescue teens from scary overnight layovers at the airport and feed them pizza and ice cream. Wait… what?)

For our craft, we made homemade prairie butter. We poured 1/2 C. of whipping cream into pint size mason jars with plastic lids on top. Then we shook things up a little. Or rather… A LOT! Thank goodness I had my big kids on hand to help relieve some of the little arms that got tired of shaking. I think my suggestion for anyone else doing this would be to let the kids shake the cream alternating in pairs or start with room temperature cream. Apparently, room temperature cream doesn't take as long to form into butter. (Wish I'd known that before…) 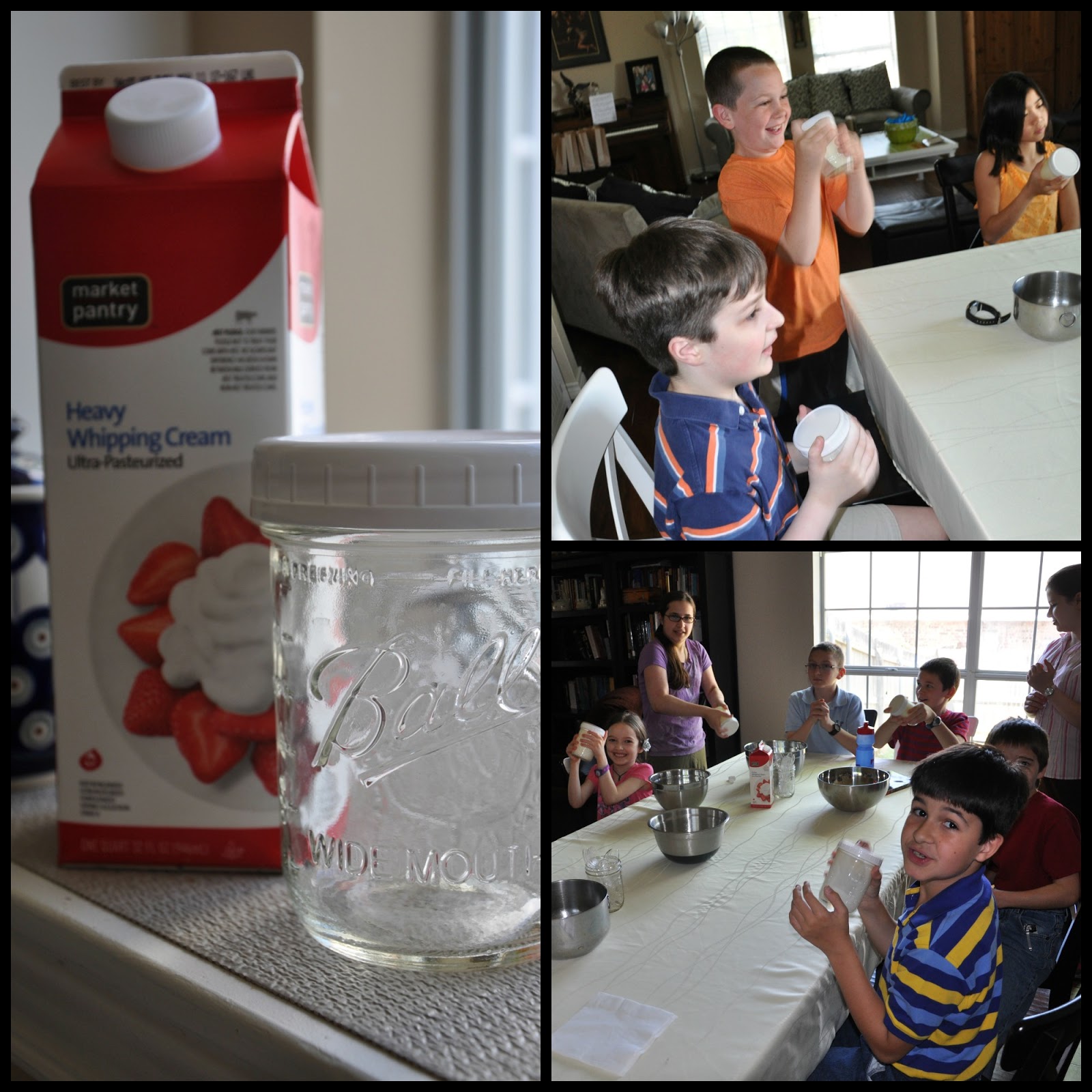 One little boy told me he had ALWAYS wanted to make butter. I'm so glad we could help him accomplish that lifelong goal! :) Once it forms, you have to rinse your butter off in cold water. We used little plastic party cups for each child. They wrote their initials on them so they would know which was theirs. Each child's butter was scooped into the plastic cups, rinsed and then popped into the fridge to firm up while we headed outside for a game of Prairie Predators and Prey.

I found a version of this game online and modified it to fit our group. The idea is that each predator has to capture two prey in order to survive the winter. Each prey has to collect three food bags (candy corn) in order to survive the winter and not get caught by a predator. So we selected two kids to act as the predators while the others were prey who moved from the safety of their natural habitat (the garage) across the driveway towards the food bags. 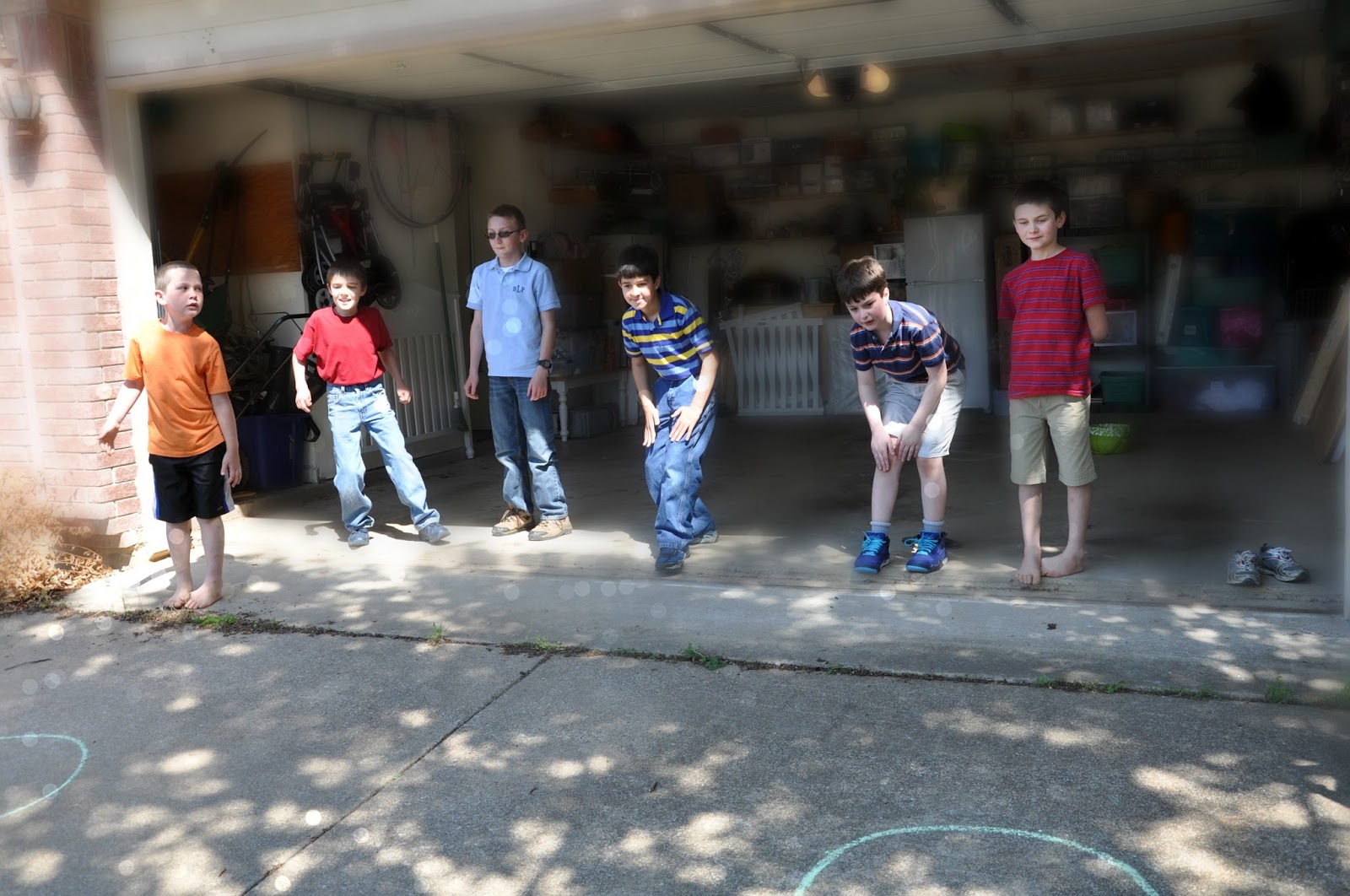 There were five temporary shelters (chalk circles) that could be used to escape the predators. Even one foot inside and they couldn't be captured. The predators had to keep moving, swooping in and out of the sideline area trying to snag (or tag) some prey. 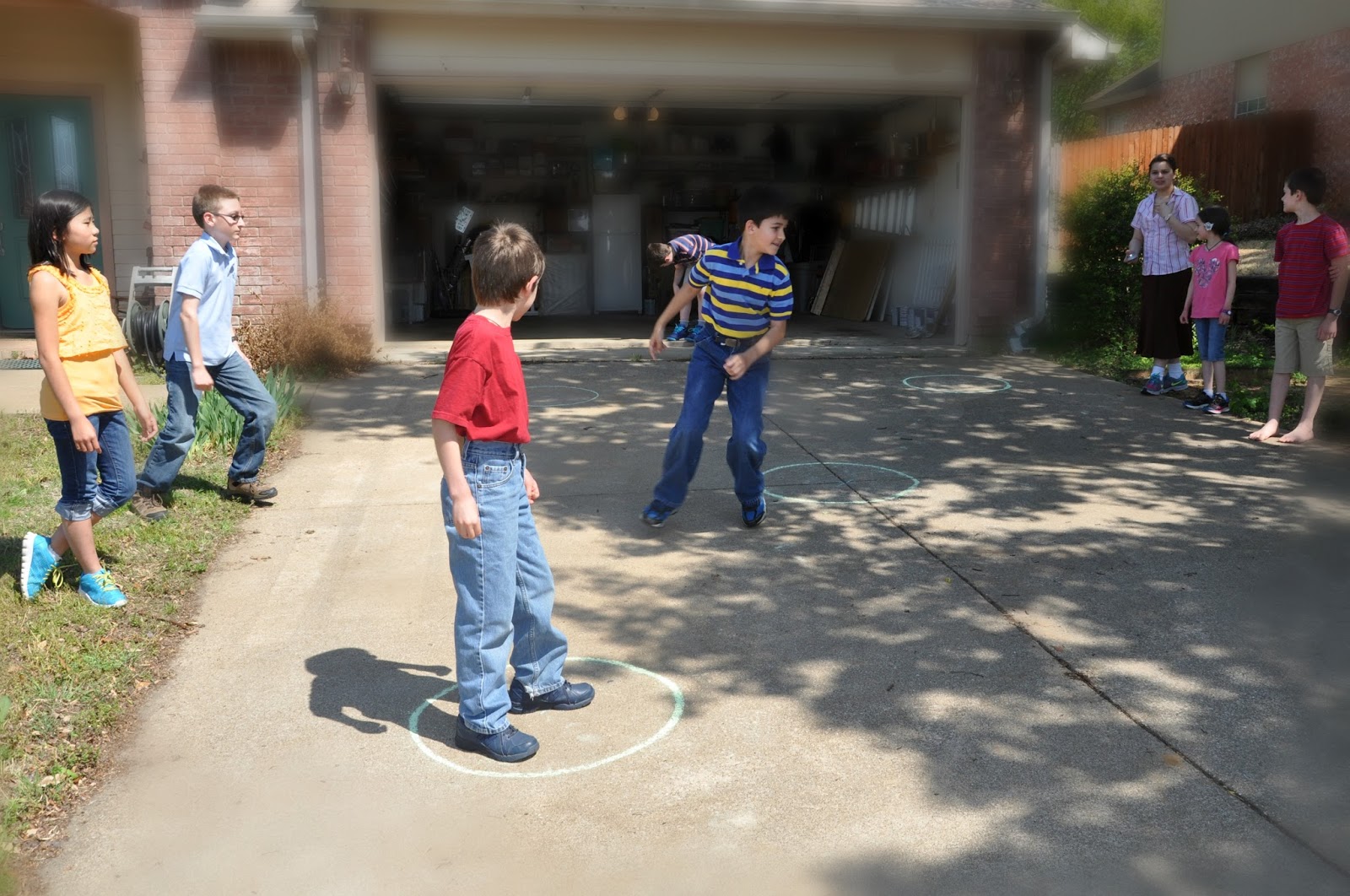 Other than one skinned knee (poor BigBoy), this game was a HUGE HIT! We played in 5 minutes rounds and gave everyone a chance to be both a predator and prey. Some kids discovered that if prey get too greedy trying to capture as many food bags as they can, they run more risk of being captured. Life lesson. ;) 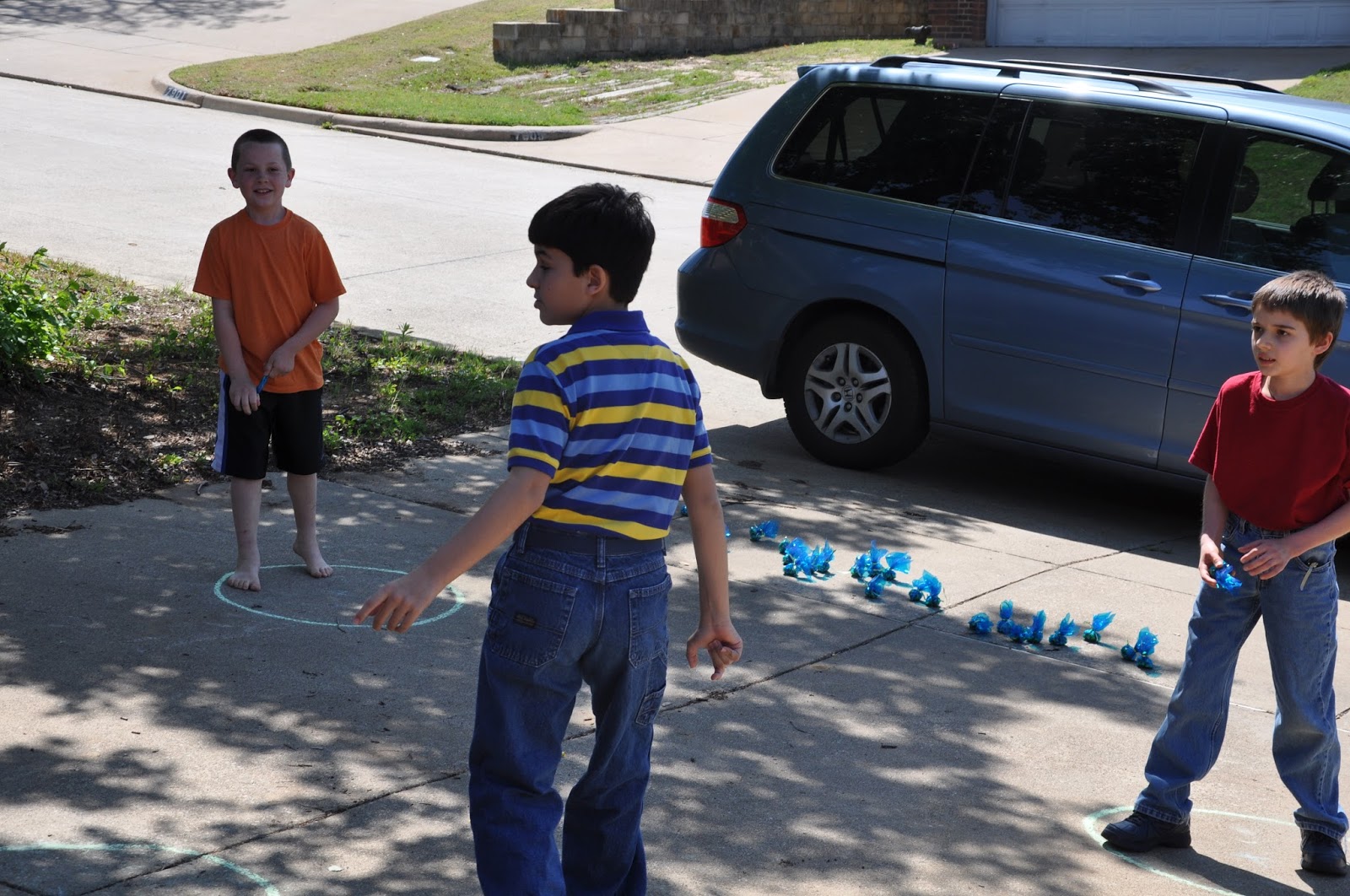 In fact, it was such a huge hit, we didn't have time for a snack. So we packed a Brownie Hat up for each kiddo and sent them home with their butter, some food bags (candy corn) and a Prairie Remnant Scavenger Hunt I created. I've mentioned a park that has a protected remnant of a prairie on it before here on the blog. It tied in nicely with this book but I don't know if that's feasible for anyone else. Check your local parks department, maybe? 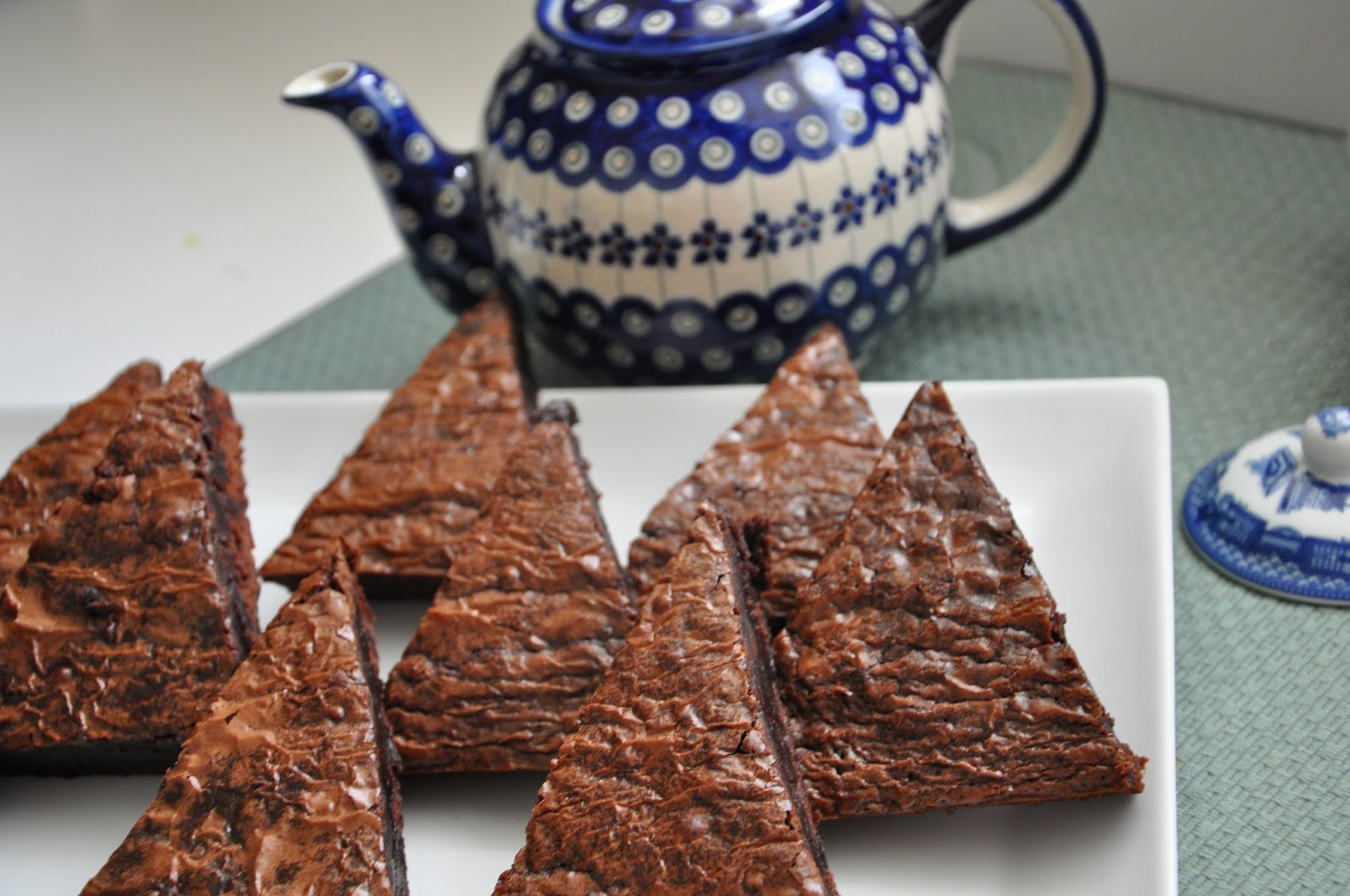 Thank you to Melissa for her wonderful video greeting! (I owe you some baked goods.)

The next book is A Nest for Celeste...