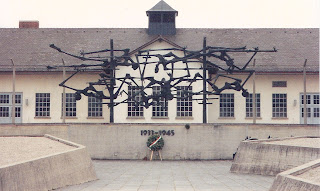 Margaret's reminiscences about a man named Marco reminded me of someone I met (what seems like) a long time ago in a land far away. The university I attended offered a program of study just outside of Rome for a semester with a modified schedule that allowed for long travel weekends and 2 ten-day travel holidays. So, after working two summer jobs to save up for the airfare, Eurailpass and spending money, the second half of my sophomore year of college was spent in Europe.

After Margaret asked to hear more about that journey, I was inspired to pull down my pictures and the silly journal I kept (trust me) to try to remember when I made that sad trip just outside of Munich.

March 31: We put our stuff away in the Hotel Pension Theresies and headed to Dachau. Depressing, sterile, cold. We saw everything. The words, the memorials, the barracks, the stoves. We saw nothing.

My friend and I left there in a serious state of depression. We were somber and moody and I guess it showed. On the bus back to the train station a little old German man started talking to us. His name was Stephen. He told us about his beautiful wife, their children that he adored, and that he was originally from Romania. He was a burst of sunshine on a cold, gray day. He was our lily among the thorns. He made us smile. 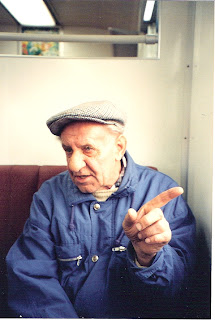 He had survived Dachau.

He was there for only 2 years (only? his word, not mine). What kept him alive was his job... he was a cook. His ability to prepare food kept him alive among the starving masses all around him.

He said that he visited the camp every week. I couldn't understand why. Surely he doesn't have fond memories. He can't wish to be reminded of the years he spent under the watch of the gun tower. Wouldn't it be too painful to see those words that were a lie to all they mocked "Arbeit macht frei"? His work did not make him free. His work kept him alive. His work and only his work gave him the tiny shred of worth that stopped someone from putting a bullet in his head.

Perhaps he made that weekly trip to celebrate his freedom. Or maybe he went to honor those who never left.

Maybe he went just to sit on a bus and talk to the strangers he saw... those with sad faces and heavy hearts. Maybe he wanted to offer hope and a little sunshine in that cold, gray place. 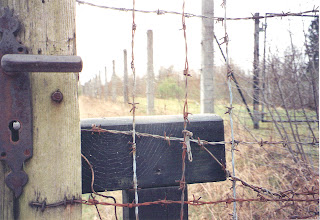 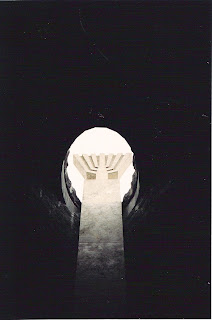