Are you celebrating today or tomorrow... or both? Most fireworks shows are happening tonight but I just see that as an excuse to celebrate our independence all weekend long!!! Thank a soldier if you see one or hug him if he happens to be living with you!

Speaking of celebrating...you want a peek? 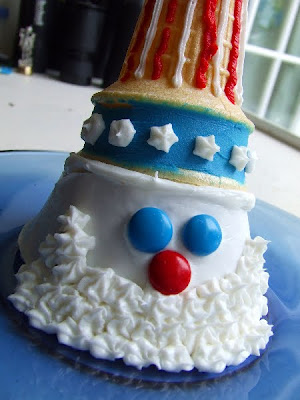 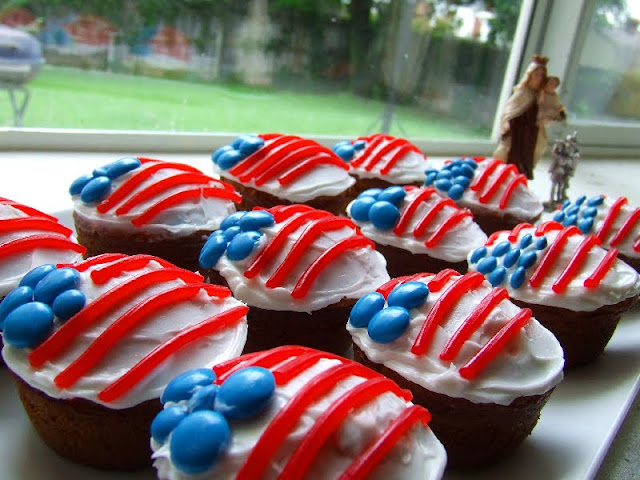 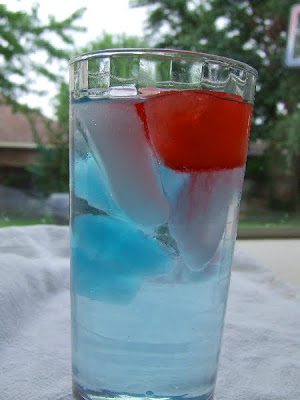 So for those of you who haven't yet cemented your plans, let me give you a few options.

Super easy (for the non-crafty):
A variation of Pirate's Ruby Ale... freeze some blue and red Gatorade or Kool-aid (we used Gatorade) in ice cube trays and add to clear soda. Watch the colors sparkle in the glass when they hit the soda! If you are worried about ending up with purple punch on the 4th of July, you could put the colors in separate glasses. 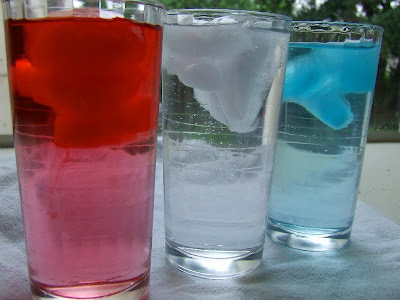 Little less easy, but still doable:
Flagcakes... blue M&M's and red licorice strings. I just draped the licorice string over the cupcake and cut it with some clean scissors. You can see in the photo above that I ran out of mini M&M's so I just used what I had for the rest of them. 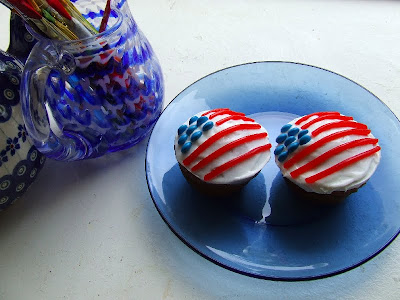 A little challenging (only because there was piping involved):
Upside down cupcakes (these were extra-large sized cupcakes cooked in ramekins), frosted with white star blobs for a beard, and M&M's for a face. I made the hat out of a ice cream cone. BTW...if your house is as warm and humid as mine (or even if it's not), star blobs are perfectly acceptable. Impressionism totally counts in frosting art. 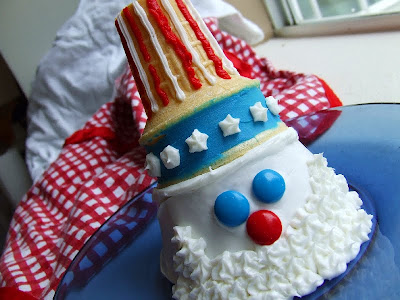 P.S. I think I have seen the Uncle Sams made with scoops of ice cream in place of the cupcake, but both of these ideas came from Hoosier Homemade. She offers you a step by step photo essay of the Uncle Sam cupcakes. I obviously did not use the Fruit by the Foot, instead I just smeared on some blue frosting. And I do mean smeared.