Along with some of our other standard games we are bringing to the homeschool party and including in our family party, we are trying our hand at a new one. 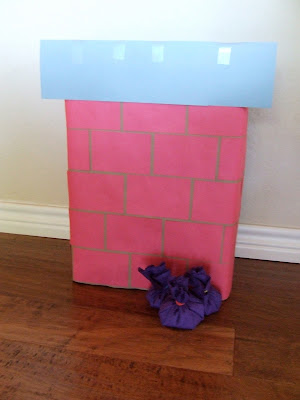 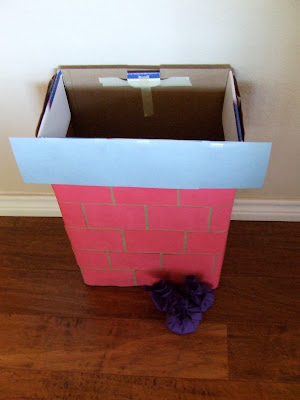 Remembering the story of St. Nicholas delivering the three bags of gold as dowries for the three young girls and honoring the idea of St. Nick's fascination with chimneys, we constructed a chimney, of sorts, out of an empty box some brown wrapping paper and construction paper "bricks". I also made six bags of "gold" to go along with it. I like games like this for big groups because it can so easily be adjusted for children of different ages. Wee ones only have to get one bag in and they can toss from closer up. Big kids have to stand further back and try to get all three bags in. 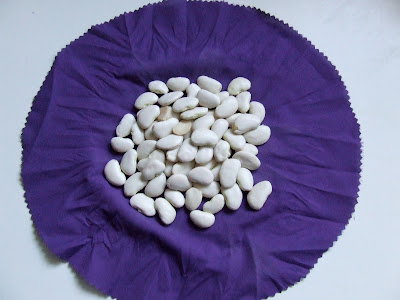 Here is a picture of one of the bags opened up. I used a dinner plate to trace the circles, cut them with pinking shears and tied them with rubber bands. Couldn't have been easier and my kids say that the large lima beans really feel like coins inside. My only tip from letting the children practice with it... place your chimney up against a wall or weigh it down on the inside with a real brick or a heavy book so that it doesn't keep tipping over.