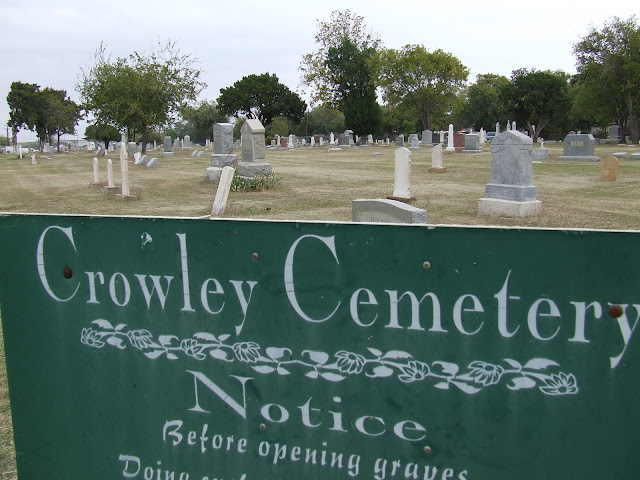 I walked the ground, cold beneath my feet, cold all around, with the wind whipping me, almost trying to force me back into the van where the children were already seeking shelter. We were ill prepared for this sudden alteration in temperature and atmospheric conditions. My denim jacket did it's best to shield me but the lashing of my own hair stung while my fingers clutched the camera shoved into the wide pocket in front refusing to let go of it not from stubbornness, but rather numbness.

I walked that ground for an hour or more. Searching.... imploring...

That's what the old man asked. What makes a young one so interested in things so old? he asked. The heat in my cheeks choked off my breath, bubbled up, boiled over and cascaded down in raging salt rivers. Because she meant so much to him.

Sonny, they called him. To me, he was Pawpaw.

He was the oldest in his family of eight and he remembered that littlest one all the days of his life. He told me about her, only 16 months old eating oranges with her older sister. He told me about the terrible bacterial infection she contracted that racked her little body with sickness in the days before antibiotics. He told me about the mental and psychological anguish his mother went through after giving that little child back to God and how she left the family for a time, checking into a hospital in order to heal her heart and her mind. But it wasn't until Shortcake was about that age and was hospitalized with a severe bacterial infection that his words echoed in my heart. Only... he was no longer there on the other end of the phone when I went seeking help. I still begged for his help, whatever help he could offer. If he was reunited with Vivian in Heaven that together they would intercede for my little Shortcake. The prayers and the medicine worked and in three days her little hospital gown was packed away, now only a distant memory.

We said goodbye and the kindly man climbed into the truck as white as his hair, probably scratching his head. He had asked a few more questions but I still think he was a bit befuddled by the pools of sadness in my eyes. He promised me that he would keep my information tucked into his record book and it would be known for all who cared to know that two of the almost 40 unmarked graves belonged to Vivian and her Aunt Helen.

The girls decided to brave the frigid wind and help me place some flowers on the graves of strangers since our search had been for naught. We divided up the sunshine and pumpkin flowers between a few different graves, saying a prayer for each one we passed.

And it was while we were shivering and praying, praying and shivering that I spotted an unusual marker in the middle of the cemetery. It looked like iron, not stone. Why had I not seen it while making my trek through the rows alone? Hadn't great-aunt Gladys said something about remembering a metal marker? 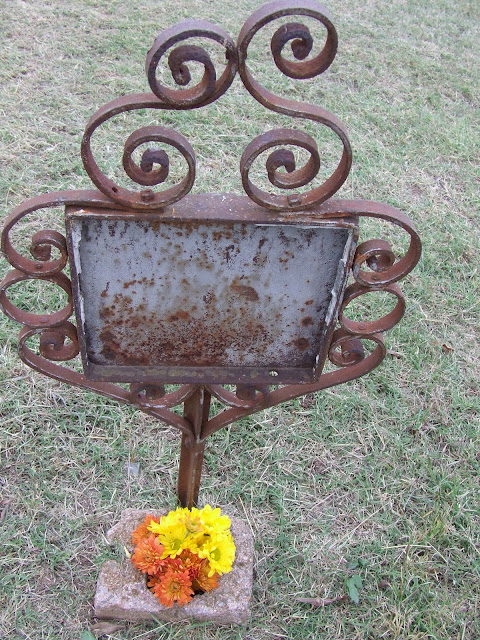 The identifying information long gone from the center of the marker, all that remains is the rusted metal frame and the brick anchoring it to it's place for so many years. I called the befuddled guardian and asked if he knew anything about this marker. Nothing, except it's the only one. Could it be? No reason it couldn't he gently replied.

With frozen fingers, I snapped this memory and sent it off to the one person I know who can join it with her mental pictures and see if it matches. I am still waiting for her response.

In my heart, I know there is a chance that it is not the resting place of that little one so dear to him who was so dear to me. But maybe...

Whatever the answer, we offered our prayers for all the Holy Souls who sleep in Christ and wait for their time of perfection to be complete so that they may bask in the glory of the Beatific Vision where hopefully they will intercede for us still struggling and remembering...

Email ThisBlogThis!Share to TwitterShare to FacebookShare to Pinterest
Labels: All Souls, Family, Vivian