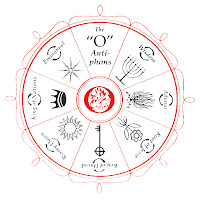 As Jamie pointed out in this post, not everyone gets the O Antiphon celebrations and that's fine. For a long time, it was something I read about, but didn't really embrace. I have come to realize that they can be as simple or as elaborate as you make them. We started celebrating them in earnest last year and found that the connection to the monastic observance and the building anticipation to Christmas are really enjoyable and work well for us.


At the Benedictine Saint Benedict Abbey of Fleury (now Saint-Benoît-sur-Loire), these antiphons were recited by the abbot and other abbey leaders in descending rank, and then a gift was given to each member of the community. By the eighth century, they were in use in the liturgical celebrations in Rome. The usage of the "O Antiphons" was so prevalent in monasteries that the phrases "Keep your O" and "The Great O Antiphons" were common parlance. One may thereby conclude that in some fashion the "O Antiphons" have been part of Western liturgical tradition since the very early Church.


We have opted to choose a family gift or special treat for each night. Our family has also been saying Sunday Vespers together (or something sort of resembling Vespers) using this book

and we are looking forward to praying vespers together for evening prayer on these special nights!

Anyway, here is a peek at what I have planned for each night coming up beginning tomorrow and my little justifications or reasonings linking them to the O Antiphon of that night. You can find last year's plans here. 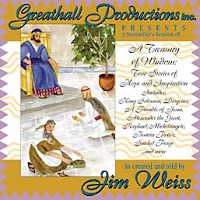 O Wisdom, who came from the mouth of the Most High, reaching from end to end and ordering all things mightily and sweetly: come, and teach us the way of prudence.

Wisdom is often represented as a book. I picked up this audiobook, A Treasury of Wisdom by Jim Weiss

awhile back and have been saving it for the kids. I also purchased a large print RSV-CE Bible

for them which ties into the last gift! The only RSV-CE Bible we have has teeny tiny print. Of course, it will be easy to find a little sweet treat, too! 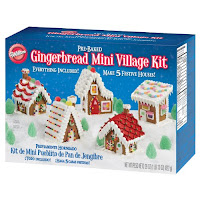 O Lord and Ruler the house of Israel, who appeared to Moses in the flame of the burning bush and gave him the law on Sinai: come, and redeem us with outstretched arms.

We decided a mini village of gingerbread houses

would suit us better this year than making out own gingerbread since we will be getting ready for company. Oh... and if the thought of royal icing freaks you out like it does me, remember that you can use melted white chocolate instead! All the functioning of royal icing, none of the raw egg white concern!

O Root of Jesse, that stands for an ensign of the people, before whom the kings keep silence and unto whom the Gentiles shall make supplication: come, to deliver us, and tarry not.

Root beer, of course, in a bottle, not a mug thank you, with carrot muffins too! 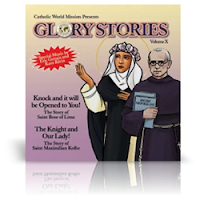 O Key of David, and scepter of the house of Israel, who opens and no man shuts, who shuts and no man opens: come, and bring forth the captive from his prison, he who sits in darkness and in the shadow of death.

We are completing our Glory Story collection with the addition of Volume 10: The Story of St. Rose of Lima and St. Maximilian Kolbe who was captive in the worst kind of prison but who's faith saw him through the shadow of death and into the glory of Heaven. St. Rose of Lima was one of my confirmation saints so the kids were asking if we could get this one when we found out that they were being re-released by Holy Heroes!

BigBoy has also requested some Key Lime Cookies (I like to add white chocolate chips to mine).

In honor of this night when the monk in care of the wine cellar would bring a special bottle to the table I think something fun and fizzy for the kids (warm and fuzzy for the grownups) sounds good! 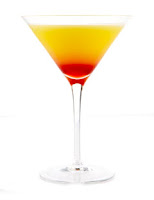 O Dawn of the East, brightness of light eternal, and sun of justice: come, and enlighten those who sit in darkness and in the shadow of death.
Texas Sunrises (Tequila Sunrises without the Tequila) and a hearty breakfast worked great last year. This year, we might actually have it for breakfast instead of lunch! Then again, breakfast for dinner sounds good too! Also, another trip around to look at Christmas lights is always enjoyable!

O King of the gentiles and their desired One, the cornerstone that makes both one: come, and deliver man, whom you formed out of the dust of the earth.

I really want to make a King's crown cake like this one. But I don't have the patience to cut my own cookies using a template, so I think I might try using an altered cookie cutter like I did for these angel cookies. Haven't fully fleshed out the idea though. King Ranch Casserole is also always an option. 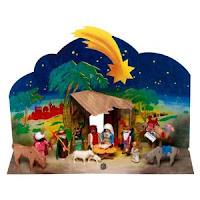 O Emmanuel, God with us, our King and lawgiver, the expected of the nations and their Savior: come to save us, O Lord our God.

We are in no way lacking in nativity sets, but I consider this one an upgrade from the older, non-musical (thank goodness) Fisher Price set

we have which isn't really appealing to the big kids around here. I pray that someday, we'll get to pull it out again to the delight of a little one's eye! In the meantime, BigBoy is still fascinated with all things Playmobil so I expect this to be a big hit with him. 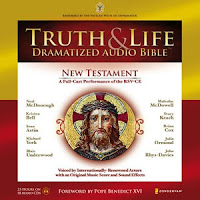 As the final family gift, I have saved a copy of the Truth & Life Dramatized Audio Bible

to accompany the large print Bible from above so that we can all follow along! If you haven't seen the preview for this audio masterpiece, you need to right now! Go! I mean it!!!

With the beginning of the O Antiphons tomorrow, it really feels like Advent is picking up pace, racing towards the glorious day! I hope everyone is cool and calm and as prepared as they need to be!