This is a condensed version of a presentation my kids were given many years ago. It really helped them understand the electoral college system and the difference between that and the popular vote. 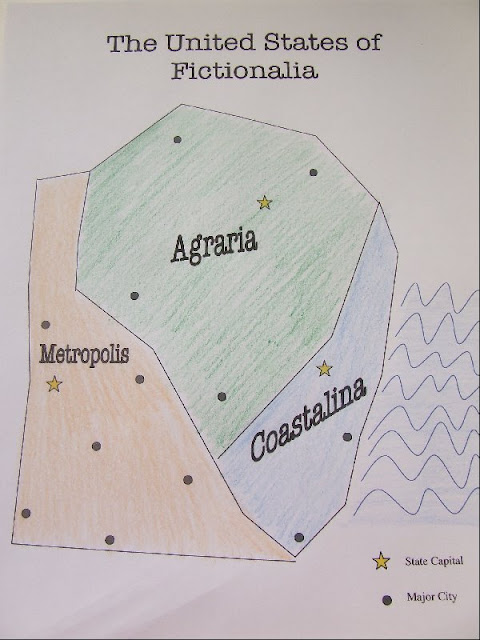 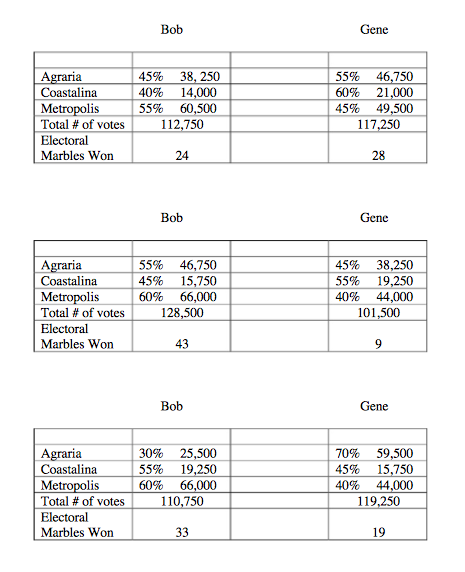 And that's about it. If you want to color your own copy of Fictionalia to use with the explanation, click here. A breakdown of the real electoral college marbles votes per state can be found in this Wikipedia article in map form.