Check out Jessica's spunky little button! Her link-up is all official and snazzy now!

Cupcake has been having some tummy issues this week. Nothing that's bothered her too much, but just enough to make diaper changes slightly traumatic which necessitated more snuggle time. She's been on a huge ABC kick. These three books are the ones she's been asking for over and over this week... 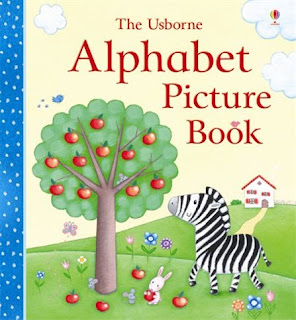 We picked this up at our recent homeschool conference and it has quickly become her favorite book. First... it starts with an apple and then there are jellyfish and an octopus inside who demands multiple kisses from her sweet lips! One of these days, I'm going to surprise her with an octopus cupcake. I'd try an octopus hotdog but I think she'd want to keep it, not eat it. 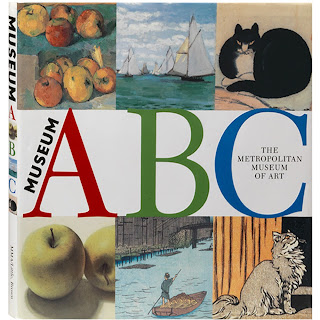 We've owned this one for a while but Cupcake just discovered it and now she loves it. She loves opening the page, pointing to one of the pictures and asking "What's that?" Of course, she doesn't want us to answer her. She wants us to say, "What is that?" so she can tell us the answer. Little stinker! This is a delightful picture book that uses art from the Metropolitan Museum of Art to represent the letters of the alphabet... A is for apple, B is for boat, etc... At the end, there are pages giving you specific information on each of the works you see. 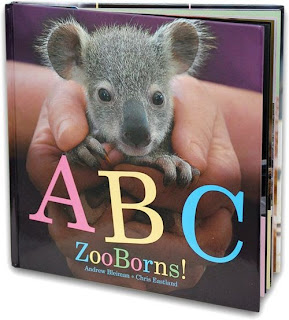 My kids are fans of the Zooborns blog. They don't read blogs unless I send them a link to a post I think they will like. This little book stole Cupcakes heart at the letter B... 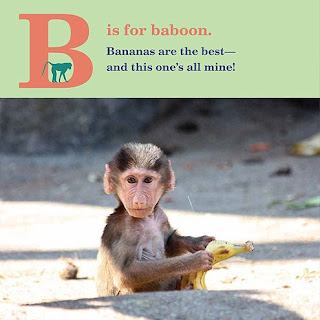 Isn't he adorable? Cupcake calls him "Baboo". We've tried to tell her that it's a baby baboon but she thinks that's his name. The kiss fest is almost never-ending when this page turns up. It's a cute book with some very interesting animals. Does anyone know what a dhole is? Uh... yeah... I had to look it up too. My only gripe is that I like my kid books to rhyme. Especially the ones that get read over and over and over. It makes memorizing them so much easier so that I can "read" them with my eyes closed! :) 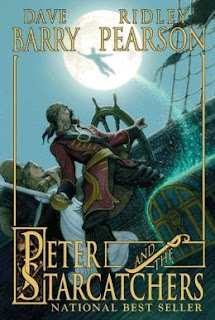 As for me, I read Peter and the Starcatchers

by Dave Barry and Ridley Pearson. I did a search to see if Jessica had already reviewed it knowing that she's a great reviewer. All I found was a review back in 2007 which said that she "found it inappropriate due to crude humor of a sexual nature". I'm curious what she might think of it now. I read the book because it is the one we chose to present to our teen book club in a few months and I figured I had better read it before trying to discuss it with them.

Sean first read this book aloud to the kids several years ago and he discovered that there were a few possibly suggestive moments that parents might pick up on but that a child probably wouldn't. He's really good at skipping over those moments seamlessly. In my reading, I didn't notice anything inappropriate so maybe Jessica will re-review and tell us a little more about what she found. Or maybe it's a case of things you notice when you are reading for a different audience because I hope people keep in mind, as they read book reviews online, that audience matters. I would review a book that I was previewing for my 15 year old very differently than one I was reading for my 9 year old. And my girls are much more sensitive readers than my boys so I review books differently for them.

I thought it was an interesting take on the Peter Pan story. Captain Hook was VERY different than the Disneyfied version and kind of a little disgusting at times. I was a little disappointed that someone as creative as Dave Barry couldn't come up with more interesting words than "starstuff", "Starcatchers" and "The Others" although I'm almost positive that his was the brain behind the giant corset shaped sail called "The Ladies" (which totally made me giggle).

Now, my kids have said that the later books in this series weren't as good as the first. Just not as exciting or interesting, nothing bad in them. They lost interest in reading the series after the second book. And coming from kids who have read all ELEVEN Ranger's Apprentice

books and many other series, that's saying something.